Jamie Bell takes a look at life expectancy rates by country — from the five major European markets to China, India and the US 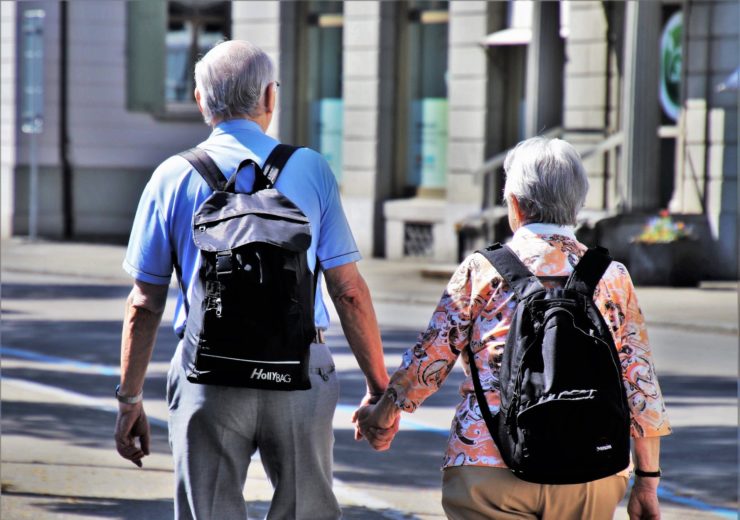 Life expectancy rates are often used as an indicator of general healthcare standards in a country.

This, because it reflects the overall mortality level across all age groups in a given population, according to the World Health Organisation (WHO).

WHO statistics show the average global life expectancy increased from just 31 years at the start of the 20th century to 48 years in 1950.

This number increased rapidly through the remainder of the 1900s and the beginning of the 21st century, reaching 72.2 years in 2017 according to the WHO.

With this in mind, we’ve taken a look at life expectancy figures provided by UK-based analytics company GlobalData in each of the world’s top 10 countries — ranked according to their GDP in 2019 by German data company Statista — to understand how they have changed over the 21st century so far.

According to GlobalData, the life expectancy rate in the US increased steadily throughout the 21st century — rising from 76.8 years in 2000 to an all-time peak of 78.9 years in 2014.

But an opioid epidemic that swept across the country in the years leading to 2014 resulted in more addictions to painkillers, overdoses and, ultimately, drug-related deaths.

This lowered the US life expectancy rate each year between 2014 and 2017, and it wasn’t until the number of opioid-related deaths began to decline in 2018 that this number stopped falling.

However, having recently been measured at 78.7 years, life expectancy in America still sits slightly below its all-time peak of 78.9 recorded in 2014.

And despite having the highest GDP of any country — accounting for more than 18% of global GDP, according to Statista — life expectancy at birth in the US is lower than in any of the five major European markets (France, Germany, Italy, Spain, and the UK), as well as Canada.

The life expectancy rate in China has experienced a steady increase throughout the 21st century — jumping from 72 years in 2000 to 76.4 years in 2016.

While its current life expectancy sits below the likes of the US and Japan, this number does represent a 6.1% increase since 2000 — a faster rate of growth than in those of more developed countries.

This is seen as evidence that the country’s rapid economic growth over the past 30 years has provided a generally positive impact on its healthcare system, and social care and quality of life.

However, life expectancy at birth in China is still below the average among the Organisation for Economic Co-operation and Development’s (OECD) 36 member countries, which the organisation says is more than 80 years.

With a life expectancy rate at birth of 84.2 years, people in Japan on average live longer than citizens in any other top 10 countries by GDP.

UK newspaper The Guardian attributed a life expectancy decline to the loss of life caused by the deadly tsunami that hit Japan in March 2011.

While Germany’s life expectancy is the lowest of any major European market, it is still slightly ahead of the estimated average among OECD countries.

In 2017, a report by the EU Commission suggested that the increased burden of disease in Germany — and therefore lower life expectancy compared to other European nations — could be caused by behavioural risk factors such as poor diet, smoking, alcohol consumption and low physical activity.

While this is a greater increase than any other nation on this list, India still has the lowest life expectancy of all the world’s top 10 GDP countries, and is also below the global average of 72 years.

India’s life expectancy rate is lower than several other, smaller countries in the Indian subcontinent, including Bangladesh, Sri Lanka and Nepal.

This is a growth rate of 4.5% over 16 years, which equates to a rise of nearly three months each year.

The UK’s life expectancy at birth was also slightly behind Germany’s in 2000, only surpassing its fellow European nation in 2008.

Like Germany, the UK experienced its only significant decline in average life expectancy in 2014. For both nations, this dip has not officially been attributed to any specific cause.

Of the five major European markets, France has the second-highest life expectancy rate behind Spain — 82.9 years compared to 83.1 years.

With a rate of 82.9 years, life expectancy for French people is comfortably above the global average, and also ahead of the average across OECD countries.

In 2016, its life expectancy rate was below that of both these countries, having been overtaken by Spain in 2009 and France in 2015.

However, Italian life expectancy has still seen a broad increase since 2000, rising by a rate of 4% to 82.8 years. Italy is also still some way ahead of fellow European states Germany and the UK on this front.

This is a 7.3% increase — one of the most significant jumps among the world’s top 10 countries by GDP, second only to India.

This puts Brazil’s life expectancy just above the average length of life across Latin America and the Caribbean, which the WHO estimates is about 75 years.

Life expectancy in Canada stood at 79 years at the start of the 21st century. In 2016, GlobalData measured it at 82.8 years.

This is a growth of 4.8% since 2000 — double the rate at which life expectancy in the US has increased over the same period.

Canada has invested more wisely into its social care system than the US recently, according to a report in the American Journal of Public Health.

Access to free, universal healthcare for Canadian citizens — something that is not yet available in America — has also played a key role in maintaining this gap in life expectancy between the two.