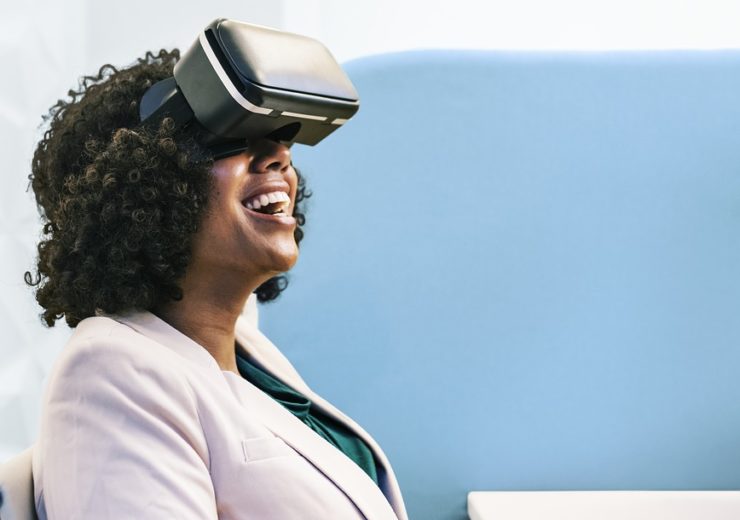 Dr Sheila Popert of St Giles hospice helped develop the Forest of Serenity — an app designed to improve the quality of life for terminally ill people — by helping them self-manage pain without the need for debilitating drugs.

The relaxing virtual forest is designed to help distract patients from chronic physical, psychological and emotional pain in the final stages of their lives.

Speaking at the 2019 GIANT Health event in London, Dr Popert said: “The time when a person is dying is incredibly important, and how well that is managed can have a large impact on those who are left behind.

“It’s very rare as healthcare professionals that we ever do anything that brings a look of pure joy to a patient’s face — but putting a VR headset on them does just that.”

It was released in 2017 on virtual reality platforms including Oculus’ Rift, Samsung’s GearVR, and HTC’s Vive.

As a “room-scale” VR application, the Forest of Serenity is fully immersive, allowing users to walk around the rainforest, exploring at their own pace and taking in the animated wildlife.

Dr Popert said: “Our brains cannot actually distinguish between what is imagined and what is real, so if you’re fully immersed, it is as good — or almost as good — as the real thing.”

Mindfulness and virtual reality — a better approach to palliative care than painkilling drugs?

Popert’s aim in using virtual reality was to reduce the use of opioid drugs in the terminally ill, because they come with a number of side-effects, including drowsiness or severe tiredness, constipation, and sickness.

She said: “Pain is a common and feared symptom in people with life-limiting illnesses, and the management of it is primarily pharmacological.

“There’s widespread use of painkillers like morphine and oxycodone, and whilst these drugs do have a part to play, they come with a list of severe side effects that impact on the patient’s quality of life.

“If the physical, emotional and psychological factors causing pain are ignored you find patients on a cocktail of strong drugs, but their pain is still present.

“So I asked the question ‘can virtual reality reduce reliance on opioids in the dying?’, and the short answer is: ‘Yes, it can’.”

Initially Dr Popert was using a holistic program based around mindfulness meditation in order to help dying patients self-manage their pain — a principle that was successful for a number of participants.

However, Dr Popert said mindfulness wasn’t a sufficient distraction from chronic pain for everyone in end-of-life care at St Giles hospice.

She added: “After a few weeks one patient was becoming increasingly frustrated, saying ‘I can’t relax, I can’t imagine I’m in a beautiful garden, all I could think about today was the fact I missed my mortgage payment last week. I’m going to die leaving my family in a total mess’.

“On my way home from work that evening I wondered if putting a VR headset on could transport patients to a tranquil place where they would be able to enter into a mindful state.”

The Forest of Serenity is by no means the first example of virtual reality being used to manage pain.

In fact, according to Dr Popert, the original use for virtual reality — around 30 years ago — was as a pain distraction technique for patients with severe burns while they were having their dressings changed.

She added: “There is now a lot of evidence to show that virtual reality is very effective in the health setting for distracting patients from pain during unpleasant procedures.”

However, while in the past VR was used as an immediate, short-term distraction from severe physical pain, the Forest of Serenity is being used as a more long-lasting solution to deal with emotional and psychological pain as well.

Dr Popert also wanted to see if mindfulness, when used on a regular basis through virtual reality experiences, could help patients to self-manage their pain — for example when waking up in the middle of the night in severe discomfort.

She said: “Initially I thought it would be younger patients who would like it, but in fact older people are not used to gaming and virtual reality, so it’s even more wonderful for them.”

“One patient who was very reliant on oxycodone used the app daily for two weeks, and over that period they were able to reduce their opioid usage by half.

“This had a significant impact on their quality of life because they were no longer so drowsy all the time, and could therefore engage more with their family.

“Another patient with a particularly painful type of lung cancer hadn’t been able to sleep in their own bed at night for months due to the physical pain they were in — they would just sit in a chair clutching their chest.

“After using the app for the first time, they slept in their bed that night, and every night until the day they died.”

When using the Forest of Serenity app, patients are guided through the virtual experience by Sir David Attenborough’s uniquely-soothing voice.

Dr Popert said: “When I came up with the Forest of Serenity, I realised the voice of the narrator was going to be key to its effectiveness.

“At the time Planet Earth was on TV, so I wrote to David Attenborough and he very kindly donated his voice.”

Dr Popert also described how the same patient — mentioned earlier — who managed to cut their opioid use by half was so delighted with the improvement in their quality of life that they wrote to David Attenborough to thank him.

She added: “David Attenborough then wrote to me and said he was so touched by what he had read that he’d decided to do more recordings for me.

Dr Popert also said she is working on making the Forest of Serenity more accessible, as leaving home to attend regular group sessions to use a VR headset can be difficult for people who are seriously ill.

She added: “At the moment I’m trying to develop a web-based pain management program that would also be available as a mobile phone app for dying patients.”