Washing our hands of coronavirus: The importance of hand hygiene and soap and water versus ethanol-based sanitisers

The advent of the new coronavirus, COVID-19, for which there is as yet no vaccine, should give all of us an extra impetus to improve our hand hygiene 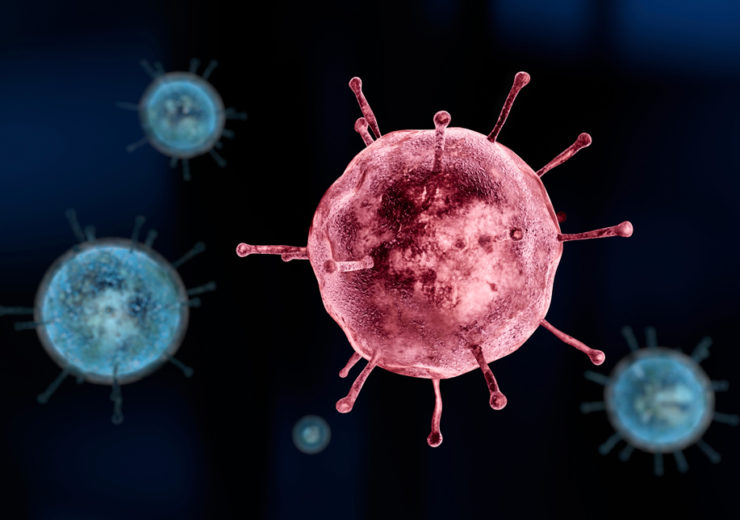 Handwashing can provide valuable protection against viruses such as coronavirus, which thrive in saliva and mucus (Credit: LuckyStep/Shutterstock.com)

The flu kills thousands of people every winter, and this year has seen the emergence of another deadly virus, COVID-19. Handwashing can provide valuable protection against viruses, which thrive in saliva and mucus. But what’s the best way to wash one’s hands – and is soap and water better than ethanol-based sanitisers? Kim Thomas speaks to epidemiologist Brandon Brown about how to optimise hand hygiene practices to prevent flu and other viruses.

Most of us were taught by our parents and teachers at a very early age about the importance of handwashing to stop the spread of germs. And yet, in practice, many of us take a lax approach to washing our hands. Research published in The Lancet Infectious Diseases estimated that if everyone routinely washed their hands, it could prevent a million deaths a year worldwide from diseases such as diarrhoea or flu. Another study found that handwashing could reduce the risk of diarrhoea by nearly half. The advent of a new coronavirus, COVID-19, for which there is as yet no vaccine, should give all of us an extra impetus to improve our hand hygiene.

Brandon Brown, an associate professor at the University of California, Riverside, is an expert in epidemiology. His research interests include the impact and ethics of prevention of human papillomavirus virus (HPV) other sexually transmitted infections (STIs) including HIV, and he was founder and director of the Global Health Research Education and Translation programme. He has also researched cancer prevention among under-served populations including female sex workers, men who have sex with men, and transgender women in Peru, Mexico and Nigeria.

Some viruses survive for days or weeks

So why is handwashing so important in the prevention of flu? “The flu virus, just like any other virus, including COVID-19, is spread by respiratory droplets, by touching surfaces where the virus has been, and then touching our mouths, nose or eyes,” says Brown. A flu virus can survive on a hard surface such as a door or table for 24 hours. Other viruses survive much longer: norovirus can survive for days or weeks, while C. difficile has been shown to survive for five months on a hard surface. We don’t know yet how long COVID-19 survives, but other coronaviruses such as SARS or MERS can survive for up to nine days.

We need to wash our hands several times a day, says Brown. “If you only wash your hands once a day or when you use the bathroom you can pick up things from surfaces, and then you can touch your eyes. This is an easy way to transmit a virus because if we’re in a public setting, in a meeting, with friends, in an office, we’re touching door handles, we’re shaking hands, we’re in close quarters, sitting next to people.”

Not only do we need to wash our hands frequently, says Brown, we need to do it thoroughly. “Even though some of us wash our hands we don’t actually do it the right way.” So how should we be doing it? “What you really have to do is first turn on the water, put some water on your hands, turn off the water and then soap up your hands, vigorously rub your hands together and do a bit of scratching of each of your set of nails on the opposite hand, and rub the soap on the top of the hand. I think most people don’t do those two parts, but a lot of the dirt, the viruses and bacteria, gets stuck under our nails.”

Hand hygiene can be poor

For health professionals, frequent handwashing is particularly important to stop the spread of viruses from patient to patient. Yet doctors and nurses don’t always maintain the high adherence to washing their hands that we might expect, and it is believed that in the UK, there are 5,000 deaths a year as the result of healthcare-associated infections (HCAIs). Among health professionals, doctors have the lowest rates of compliance to hygiene requirements such as handwashing, according to a study published in the BMJ.

One 2016 study at Santa Clara Valley Medical Centre in California found that volunteers observing the handwashing behaviour of health professionals recorded a compliance rate of only 22%. (Infection prevention nurses also tasked with observing handwashing behaviours recorded a much higher compliance rate of 57%, probably because the health professionals realised they were being watched.)

It’s essential to wash hands between every patient, both for the good of the patient and for the worker’s own health. We have already seen in China that health professionals treating COVID-19 patients have contracted the disease and died. “Doctors are just like anyone else, except that in the case of an epidemic they are the ones that are being exposed to the virus all the time,” says Brown. “We know that not all the surgical masks are created equal, not all of them can prevent transmission of the virus, so if they have a patient who is coughing or sneezing, we are doing the regular things we do – we touch surfaces, we touch our eyes, we touch our mouths.”

Soap and water is more effective than hand sanitisers

Because of the practical difficulties in walking to a sink to wash hands several times on a ward round, most hospitals have introduced ethanol-based hand sanitisers. Research published last year, however, found that such sanitisers are not as effective as previously thought. The study, by researchers from the Kyoto Prefectural University of Medicine in Japan, found that ethanol-based sanitisers would have to be in contact for at least four minutes with the influenza A virus before killing it. The reason seems to be that the mucus surrounding droplets of the influenza A virus acts as a hydrogel protecting the virus from the ethanol. (When the mucus is dry, the sanitiser is able to kill the virus within 30 seconds.) It means that guidance on the use of hand sanitisers by health professionals may have to be revised. Currently, the US Centres for Disease Control and Prevention (CDC) and the World Health Organization recommend using ethanol-based disinfectants for 15–30 seconds.

Perhaps surprisingly, Ryohei Hirose, who led the research, said that handwashing with water (and no soap) was able to deactivate the influenza A virus within 30 seconds, even when the mucus was still wet.

Even so, argues Brown, any handwashing is better than none, so while “vigorous handwashing with soap and water” is the ideal, it’s not always an option. “When that’s the case, the alcohol-based sanitisers are definitely useful and they are definitely better than nothing. They’ll take a little bit longer to kill the virus, so if you’re rushing between patients, and when seconds matter, that’s an option.”

So why is it that, when handwashing is so important in preventing the transmission of disease, so many of us, including health professionals, don’t take the time to do it? Many people don’t realise how dangerous flu is, argues Brown, and are surprised to learn the number of people who die from the illness: the most recent figures show that in the 2019–20 flu season, 16,000 people have died from flu in the US. In the UK, there are typically only a few hundred deaths attributed to flu each year, unless there is a major outbreak.

“We’re used to flu and unless you’ve known or seen people die of the flu, you’re not really paying attention to it as much as you should,” says Brown. “Handwashing could be the single most important thing to prevent the spread of viruses.” He thinks one of the reasons that people are so complacent is because of the invisibility of viruses. “We think we’ll be fine or we’re too busy, or our hands are not really dirty. Which makes sense because we can’t see viruses. We can see dirt, we know if our hands are dirty but we’re not going to know if we’ve got a virus on our hands or not.”

As Brown points out, the handwashing message isn’t always an easy one to get across. It was the 19th-century Hungarian doctor Ignaz Semmelweis who first discovered the importance of handwashing. Semmelweis noticed that women who gave birth in hospitals were much more likely to die of puerperal fever (sepsis) than women giving birth at home. He realised that puerperal fever was being spread by obstetricians, and that the incidence could be reduced dramatically if they washed their hands. Yet his ideas were mocked by the medical establishment and he was committed to a lunatic asylum, where he died from a gangrenous wound on his hands. It was only years later when Pasteur’s scientific experiments proved the germ theory of disease, and Lister followed by instituting antiseptic practices in surgery, that Semmelweis’s contribution was properly recognised.

Even though today we accept that handwashing plays an essential part in reducing the spread of disease, we don’t always follow through in practice. Brown believes that we could make more effective use of social media such as Facebook and Instagram to educate people to wash their hands and make sure “everyone is equipped with the correct information”. As he says, it’s too important a message to ignore: “Even though we have a flu vaccine I still think that washing your hands is the most important thing for preventing viruses.”

This article originally appeared in Issue 25, 2020, of Practical Patient Care. The full issue can be viewed here.

How the smart wound dressing can help wounded soldiers recover