Novel coronavirus: Where did it come from, what are the symptoms, and how is the infection spreading?

The novel coronavirus is the third flu-like viral infection of its type to cause a public health scare in recent years, after the SARS and MERS outbreaks 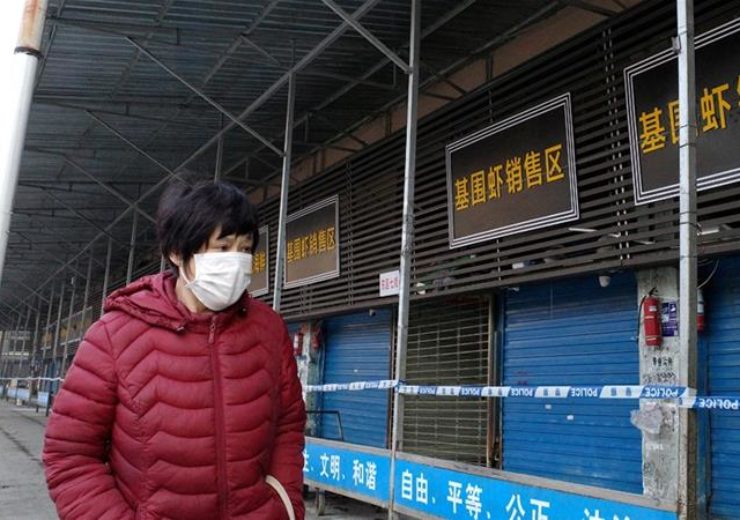 The first cases of the novel coronavirus are thought to have come from a seafood market in the city of Wuhan (Credit: Wikimedia Commons)

Hundreds of deaths in China and several thousand confirmed cases of the coronavirus infection worldwide have now been reported, leading the World Health Organisation (WHO) to declare it a public health emergency. Jamie Bell takes a look at where it came from and what experts say needs to be done to contain the virus.

Epidemics of diseases like the Ebola and Zika viruses, as well as avian flu, have garnered mainstream media attention in recent years, seemingly coming out of nowhere and spreading quickly across the world.

The new coronavirus, which originated in the city of Wuhan in China, is rapidly becoming the latest of these international public health scares after being linked to a number of deaths and major health problems.

The newest member of this family of viruses has been named 2019-nCoV or “novel coronavirus” by the World Health Organisation (WHO).

Chinese authorities first recognised the emergence of a new coronavirus strain on 31 December 2019 following several reports of people with pneumonia in Wuhan.

Researchers have since traced the origin of the infection back to a seafood market in the city – and believe they may now know how it was first transmitted to humans.

Where did the novel coronavirus infection come from?

While the original source of the novel coronavirus was unconfirmed as of 24 January, experts believe it may have first occurred in snakes.

They compared protein codes from 2019-nCoV to coronaviruses in a number of animals, including birds, marmots, hedgehogs, pangolins and bats.

But the researchers found the closest match was to a coronavirus hosted by snakes.

They believe the novel coronavirus is likely to have started off in bats, as snakes hunt bats in the wild.

Species of cobra and krait are sold at local seafood markets in Wuhan, and the researchers believe this is where it was transmitted from snakes to humans originally, causing the outbreak.

In spite of these early indications, protein codes from wild animals sold at these markets need to be tested further to confirm the origin of the virus.

How the virus was able to infect cold-blooded and warm-blooded hosts alike in this way also remains a mystery to experts.

The latest on the coronavirus infection

On 26 January 2020 Chinese president Xi Jinping described the accelerating spread of the disease as a “grave situation”, and on 30 January, WHO director-general Tedros Adhanom Ghebreyesus declared the novel coronavirus epidemic a global emergency.

As of 31 January, 427 people have died from the infection – with the number of worldwide cases standing at more than across 25 different countries.

Infections and the death toll also continue to rise in China, and several major cities in the Hubei province – including Wuhan, its capital – are in lockdown.

No trains or planes are being allowed in or out of Wuhan in an attempt to control the virus, and travel restrictions across China are now affecting close to 35 million people.

The country’s new year holiday was extended in an attempt to contain the spread, with the majority of businesses only returning to work on 3 February. In Shanghai, the government has stopped the most companies returning to work until 10 February.

Despite these measures, there have now been confirmed cases of infection in a host of Asian countries including Thailand, South Korea, Singapore, Taiwan, Japan, Vietnam and India.

As of 4 February, two deaths have been confirmed outside of mainland China – one in the Philippines and one in Hong Kong.

Russia closed its far-east border with China on 30 January to prevent the infection spreading further.

On 22 January, the first case of the novel coronavirus was reported in the US, and hundreds of Americans have since been evacuated from Wuhan.

As the number of cases in the US rose to six on 31 January, and the first instance of human-to-human transmission was confirmed, the American government issued a level four warning – its highest – and urged its citizens not to travel to China.

On 31 January, the first two cases of the infection were reported in the UK, and France, Germany, Italy and Spain are among the other European countries to have confirmed novel coronavirus cases.

Symptoms, transmission and treatment of the coronavirus infection

But the WHO has said in the most severe cases, the 2019-nCoV infection – like most coronaviruses – can lead to pneumonia, liver problems, kidney failure and even death.

The incubation period – from exposure to a pathogen to the symptoms of a disease disappearing – is thought to be between 10 and 14 days.

On 4 February, Jiao Yahui of China’s national health commission said 80% of the people killed by the coronavirus have been over the age of 60.

Much like the common cold, the novel coronavirus is an airborne infection, meaning it is spread by breathing in droplets when a person coughs or sneezes.

These droplets can also be transferred between people via close personal contact or by touching the same surface as someone carrying the infection before they have washed their hands.

Little is known about how easily it is transmitted between humans, but one possibility is that it moves as readily as the SARS virus – while producing less severe symptoms.

China’s Bureau of Disease Prevention and Control has described the novel coronavirus as “highly infectious”.

As the first incidents of humans being infected only occurred recently, there are no specific recommended treatments for the virus.

However, US public health institute, the Centers for Disease Control and Prevention (CDC), has recommended support and care for people who become infected, as well as using over-the-counter drugs to relieve symptoms.

There are also reports of many pharmaceutical companies across the world already working towards developing a vaccine for the disease – although it is likely to be months before one is approved.

How can the healthcare industry deal with the novel coronavirus outbreak?

Because the novel coronavirus is in the same viral family as other infections like SARS and MERS, scientists believe treatment methods for the latest strain will be similar to those used to handle previous outbreaks.

Philipp Rosenbaum, infectious diseases analyst at data and analytics company GlobalData, believes this experience will give authorities in China a better chance of preventing it from spreading further.

He added: “In the meantime, rapid identification of the new pathogen and information-sharing are imperative to allow global surveillance to contain the spread.

“However, uncertainty about the transmission of the new Wuhan coronavirus poses a challenge and makes global alertness necessary – especially since vaccines and treatment options for coronavirus infections are only in early clinical development.”

So far, the novel coronavirus has proven to be far less deadly compared to the SARS outbreak in 2003 – despite infecting more people.

A more contemporary test for TB