How have governments across the world responded to the coronavirus outbreak?

After the head of the UK treasury pledged £12bn in funding to tackle the coronavirus outbreak, we take a look at how other governments have responded 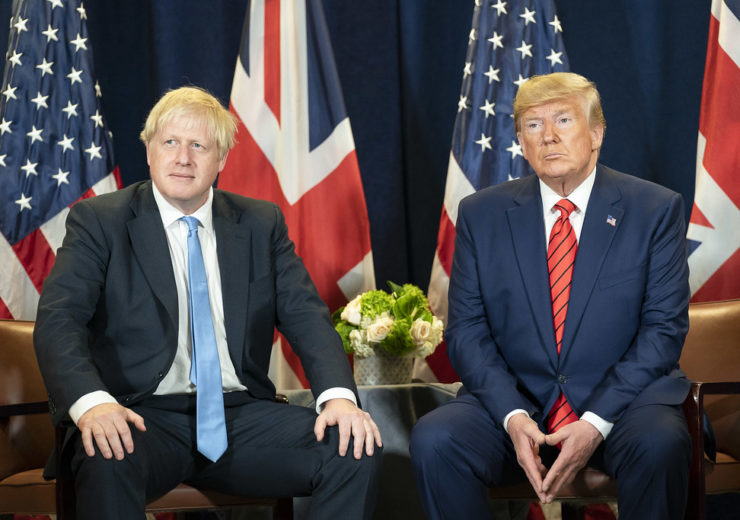 The UK and US have both recently announced emergency funding measures to tackle the coronavirus outbreak (Credit: Official White House Photo by Shealah Craiughead/Flickr)

Increased strain on public health services and the urgent need to develop a vaccine mean the importance of government funding can not be underestimated in the fight against the coronavirus (Covid-19) outbreak.

The US and China have already announced significant amounts of money will be put towards dealing with a global pandemic that has already killed thousands and infected more than 100 countries.

On 11 March, Chancellor of the Exchequer Rishi Sunak unveiled the UK Budget, which included plans to invest £12bn ($15.1bn) into tackling the spread of the virus.

In light of this announcement, we take a look a closer look at how the UK and several other national governments have responded to the outbreak.

Coronavirus funding across the world

On 11 March, Rishi Sunak revealed plans to inject an extra £30bn ($37.8bn) into the UK economy – with £12bn of this sum being specifically targeted at measures to cope with the coronavirus outbreak.

This announcement came on the same day the World Health Organisation (WHO) declared the virus a global pandemic – the first since the HIV/AIDS crisis – and the UK confirmed 74 new cases, bringing its total number of infections to 456.

Some £5bn ($6.3bn) of the budget was also pledged specifically to the NHS as a coronavirus emergency response fund.

As well as aiding the country’s health service, Sunak promised to support businesses that are struggling as a result of the outbreak.

He announced a temporary coronavirus business interruption scheme, meaning banks will offer loans of up to £1.2bn ($1.5bn) to small and medium-sized firms.

Companies with fewer than 250 employees providing statutory sick pay to staff who are off work because of the coronavirus will also be fully subsidised by the government.

While the UK Budget was revealed in an effort to cope with the spread of the infection – and with confirmed domestic cases still only in the hundreds – China’s largest coronavirus-related funding announcement came on 5 March at a time when it was thought to have already seen the worst of the epidemic.

The Chinese government said it had allocated close to $16bn – although the country’s vice finance minister Xu Hongcai said more than $10bn of this has already been spent.

Much of this money has gone towards building hospitals specifically to treat coronavirus patients.

This includes the construction of a 1,000-bed makeshift hospital in Wuhan, which was completed in just 10 days and opened on 3 February.

Several other venues in Wuhan – where the virus first broke out in December 2019 – have also been converted into makeshift care facilities, while an additional 20 mobile hospitals and 1,400 nurses from across the country are said to have been deployed in the city.

These measures have left China with about $5.63bn to spend on dealing with the ongoing effects of the coronavirus outbreak.

Xu Hongcai said the workings of local governments, and continued support for people and industries in the Hubei province will now be prioritised.

Outside of China, Italy is currently the country worst affected by the coronavirus – with more than 15,000 cases and 1,016 deaths as of 12 March.

This sum is being put towards suspending all debt payments – including mortgages – across the country during the outbreak.

It will also be used to mitigate the economic effects of the nationwide lockdown in Italy, which the government enforced on 9 March.

On 12 March, the Iranian government asked the IMF (International Monetary Fund) for $5bn in emergency funding to tackle the coronavirus outbreak.

Abdolnaser Hemmati, the governor of Iran’s central bank, said in a statement that it was needed to fund preventative measures like travel restrictions and reduced working hours for its citizens, as well as medical treatments.

On 4 March, the IMF had made a $50bn aid package available to low and mid-income countries affected by the coronavirus.

Along with China, South Korea and Italy, Iran has been one of the worst affected countries with more than 9,000 cases and 350 deaths as of 12 March.

Around $2.7bn of this total was put aside to make up for the revenue deficit caused by the outbreak, while the remaining $7.1bn will act as an additional financial boost to the country’s economy.

Hong said as well as providing investment for the healthcare system, the supplementary budget will also help to minimise the economic fallout in South Korea, with emphasis on small and medium-sized businesses, and self-employed people.

The previous day (3 March), South Korean president Moon Jae-in declared that the whole country had entered a “war” with the coronavirus, and said the government planned to inject a total of $25bn into measures to contain the outbreak.

In January, the EU pledged €10 million ($11.1m) towards tackling the spread of the coronavirus.

On 9 March, the European Commission secured an extra €37.5m ($41.7m) – which it said would be put towards developing a vaccine for the disease, as well as new treatments, diagnostic tests and other medical systems to mitigate its spread.

In addition to this, on 11 March, the EU announced plans to raise €25bn ($27.8bn) – which will be used separately to cope with the economic fallout caused throughout its member states.

This “corona response investment initiative” will specifically focus on national healthcare systems, small and medium-sized businesses, workers, and other vulnerable parts of the economy.

Through January and February, the majority of government action in the US involved imposing travel restrictions on those leaving and entering the country – and evacuating American citizens from the Diamond Princess cruise ship quarantined in Japan.

But, on 4 March, the country announced its first significant piece of funding to combat the spread of the infection, as President Donald Trump passed an $8.3bn Emergency Coronavirus Response bill.

This included pledging more than $3bn into the research and development of coronavirus vaccines, and about $800m into researching other treatments.

More than $2bn was promised to the US Centers for Disease Control and Prevention (CDC), and $61m to the US Food and Drug Administration (FDA).

On 14 March, Trump declared the coronavirus outbreak a national emergency giving the country access to $50bn in federal aid.