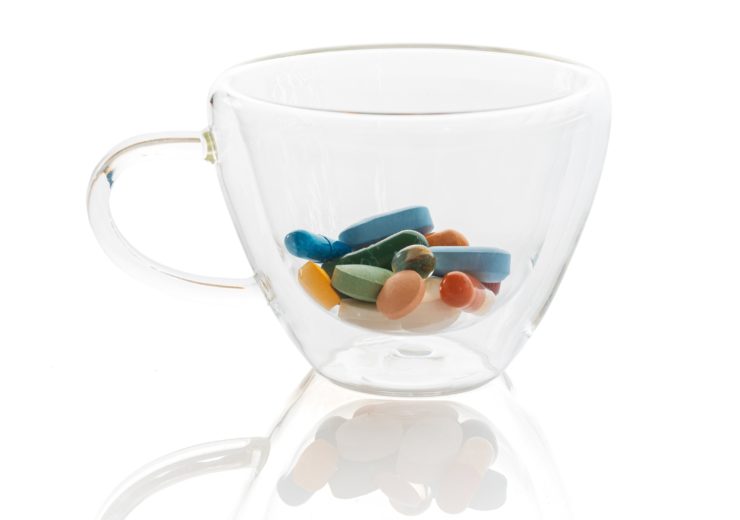 While antidepressants are often prescribed by doctors, they do come with a long list of potential side-effects and health risks

They’re often prescribed at the first sign of mental health problems, but antidepressants aren’t always welcomed by patients as a treatment method. Recognising this, a number of medical fields have thrown their hats into the ring with alternatives ranging from psychotherapy to herbal remedies, as Jamie Bell explores.

It also estimates that in England, one in six people report a common mental health problem, such as depression or anxiety, in any given week.

These figures have led to claims of a mental health crisis in the UK – which was a key issue in healthcare leading up to the 2019 general election.

People often treat the symptoms of these common disorders using antidepressants – a type of medication prescribed by a doctor to be taken regularly.

However, these drugs come with a long list of potential side-effects, including sickness, dizziness, weight gain, insomnia, serotonin syndrome and increased risk of developing diabetes.

This has led to a variety of other remedies for depression and anxiety being increasingly recommended by healthcare professionals in recent years – developing from general lifestyle advice and counselling through to more unique scientific innovations.

At the outset, one thing many doctors may suggest to patients – either to complement another mental health treatment or to deal with more mild symptoms of depression – is making changes to their general lifestyle before offering more bespoke courses of action.

This could mean incorporating more healthy foods into their diet, and cutting out junk foods that are high in refined sugar and saturated fats.

In the UK, the NHS also says smoking, alcohol and drugs can make the symptoms of depression worse in the long run.

Exercising multiple times per week – ideally for between 30 and 60 minutes most days – can alleviate symptoms as well, increasing the body’s production of natural antidepressants.

Meditation techniques, stress management and even regularly getting a proper night’s sleep can all help improve a person’s outlook on life, decreasing the likelihood of developing mental health problems.

According to the NHS website, exercise and a healthier diet can help patients recover from depression more quickly – and research shows that exercise in particular could be just as effective as antidepressants in reducing symptoms.

The NHS also says mindfulness and other forms of meditation can improve mental wellbeing, preventing future episodes of depression.

There are a number of treatments, recommended by the NHS, that involve speaking with a therapist in order to deal with depression.

One of the more commonly used forms of talking treatment is cognitive behavioural therapy (CBT), which attempts to help patients understand how they are feeling and how their thoughts may be affecting their actions.

It concentrates on changing the way a person thinks, feels and behaves in order to overcome negative thoughts, and usually involves a number of face-to-face therapy sessions over a period of weeks.

Developments in technology have also given rise to CBT via “chatbots” – which involves talking to an AI-powered digital therapist using a mobile app or online platform.

Counselling offers a less prescriptive approach than other therapy methods, helping patients talk through the problems they are experiencing in order to find ways of coping with mental health issues themselves.

Like CBT, counselling may be offered by NHS doctors to improve depressive symptoms, and can involve anything from a single session to a longer course lasting several months or years.

Another much newer form of talking treatment is brain working recursive therapy (BWRT) – an approach grounded in science that involves reconditioning neural pathways in the brain, preventing unwanted behavioural responses.

Although it is more commonly thought of as a remedy for phobias and post-traumatic stress disorder (PTSD), practitioners use BWRT to treat depression in some NHS trusts in the UK.

The NHS says tDCS involves daily treatments, and can be used in combination with other depression remedies.

Although it is more commonly given by a trained technician, tDCS can also be delivered at home using certain medical devices – like the brain-stimulation headset developed by Swedish company Flow.

Repetitive transcranial magnetic stimulation (rTMS) is a similar technique that involves placing an electromagnetic coil against the patient’s head, sending repetitive pulses of magnetic energy to specific areas of the brain at a fixed frequency.

Like tDCS, it also requires regular sessions over several weeks, and is considered by the NHS to reduce symptoms of anxiety as well as depression.

Electroconvulsive therapy (ECT) is a more invasive type of brain stimulation in which electric currents are passed to the brain, stimulating it and triggering a seizure in order to relieve depression.

Whereas the patient is awake during tDCS and rTMS treatments, ECT is only ever carried out under general anaesthetic by a specialist doctor.

Because it is a more invasive technique, ECT is also only recommended by the NHS in cases of severe depression where all other treatments have failed, or when a patient’s mental health problems are thought to be life-threatening.

When several other treatments have failed, doctors in the UK may prescribe lithium – a medicine that targets the central nervous system and increases the amount of certain chemicals in the brain to help balance the patient’s mood.

It is thought to reduce manic episodes and suicidal thoughts, and is therefore also used to manage bipolar disorder.

According to US medical information website Healthline, more than 300 studies have shown lithium to significantly reduce suicide attempts in people with bipolar depression.

There are two types of lithium that may be prescribed by NHS doctors – lithium carbonate and lithium citrate, which are thought to be equally effective.

Despite its potential benefits in treating depression, the NHS says it can interact with many other medications, leading to further health problems, and advises against taking lithium alongside a low-salt diet because this can cause it to turn toxic.

If the amount of lithium in a patient’s blood becomes too high, it can also become toxic, so the NHS recommends regular blood tests – every three months – to assess lithium levels while taking the medicine.

Some common side-effects of lithium include fatigue, headaches, weight gain, confusion and nausea.

UK charity Mind says St John’s wort – a herbal remedy available over the counter in most health food shops and pharmacies – has been used to treat mental health problems for hundreds of years.

The natural medicine, also known as hypericum perforatum, works in a similar way to standard antidepressant drugs, increasing activity of chemicals like serotonin and noradrenaline in the brain.

Mind suggests that, while it is still not fully understood exactly how or why St John’s wort works, research shows it could be just as effective as some antidepressants in treating mild or moderate depression.

It can also produce fewer or less intense side-effects than antidepressant drugs – although taking it at the same time as these drugs may cause serious problems.

The NHS says St John’s wort should not be taken by pregnant or breastfeeding patients, and it can interact with the contraceptive pill to reduce its effectiveness as well.

And while the NHS does acknowledge the benefits of the herbal remedy, it is ultimately not recommended by doctors in the UK to treat depression.