The future of the NHS: What will the UK healthcare system look like after the General Election?

Boris Johnson and Jeremy Corbyn have repeatedly clashed over healthcare in the UK, and Labour claims the Prime Minister is planning to sell out the NHS to US businesses 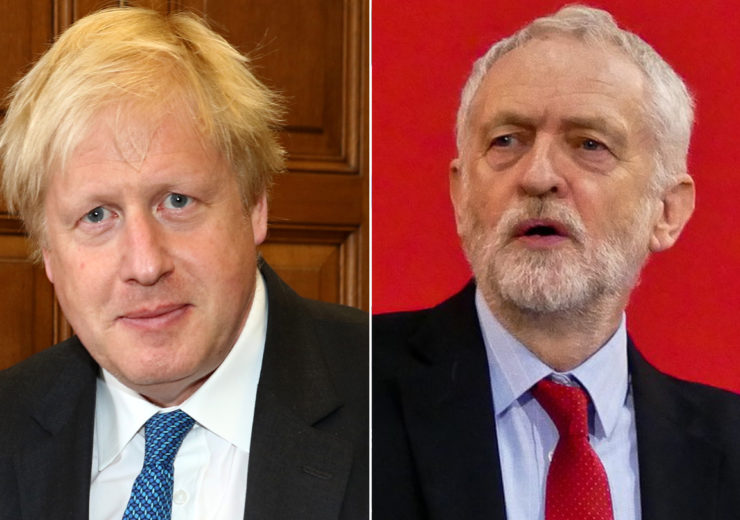 The Conservatives and the Labour Party both laid out detailed plans to make the national health service more effective in their manifestos (Credit: Wikipedia/Foreign and Commonwealth Office)

On December 12th the UK will vote for a new government, in a General Election described by Prime Minister Boris Johnson as the most important for a generation. Jamie Bell looks at the key healthcare policies that have been laid out in the recently released party manifestos.

The UK’s National Health Service is once again proving to be a key battleground upon which the 2019 General Election is being fought, with Jeremy Corbyn describing the campaign as “a fight for the survival of the NHS”.

With privatisation, workforce shortages and securing extra funding all potential issues heading into 2020 — particularly with Brexit still causing uncertainy — Johnson and Corbyn have been keen to shout about their intentions for the UK healthcare system.

The Liberal Democrats, Greens, and the Brexit Party have also had their say on the NHS as the election draws closer.

Labour leader Jeremy Corbyn made it clear in a speech following the party’s manifesto launch that private companies would no longer be allowed to “drain NHS money” for their own gain.

He promised to end and reverse all privatisation of the NHS if elected, adding that the party would stop international technology and pharmaceutical companies exploiting patient data for profits.

The Labour Party also described ending privatisation of the NHS as an “urgent priority” in its manifesto.

In an attempt to prevent corporations driving up the price of medicines, Labour says it intends to establish a generic drug company.

This would mean when a “fair” price for drugs can’t be agreed with private pharmaceutical companies, the government would try to secure access to generic versions using Patents Act provisions, compulsory licensing and research exemptions.

Conversely, the Conservative manifesto says the only way to preserve and pay for the “world-class” healthcare system in the UK is to encourage funding from millions of private British businesses, claiming that “their success is our success”.

While the Tories believe these businesses are needed to create the nation’s wealth, as well as peace of mind and confidence in the NHS, Prime Minister Boris Johnson refuted claims that his party plans to “sell out” UK health services.

The Conservative Party makes it clear in its manifesto the services the NHS provides and the prices it pays for drugs will not be on the table during international trade deal negotiations.

Following the release of both manifestos however, Corbyn produced a 451-page document that he claimed contained proof of secret talks between the British government and US companies.

The Labour leader also calimed these talks would lead to “the sale of the NHS” in post-Brexit negotiations with American businesses, making this election a “fight for the survival of the NHS”.

Boris Johnson has denied any intention to sell the NHS, calling Corbyn’s dossier “nonsense” and a “diversionary tactic”.

The Lib Dem manifesto says it is the only party that can be trusted to prevent US corporations gaining increased access to the NHS — by stopping Brexit.

Similarly, the Greens have announced they intend to end and reverse privatisation of the NHS if elected, while the Brexit Party plans to keep the healthcare system publicly-owned and free at the point of use.

NHS jobs: How do the main parties plan to tackle the shortfall of GPs and nurses?

Prime Minister Boris Johnson pledged 50,000 new nurses to the healthcare system, which will partly be achieved by bringing back a nursing bursary — previously scrapped by the Conservative Party — worth between £5,000 and £8,000 per year.

However, reports from within the party suggest that 18,500 of these 50,000 nurses will either be existing nurses encouraged to remain in the health service, or those who rejoin after leaving.

The Conservatives have also promised the NHS 6,000 more doctors and the same in primary care professionals, such as physiotherapists and pharmacists.

The Tories will also introduce a visa policy allowing qualified doctors, nurses and other healthcare professionals from overseas with a job offer from the NHS to benefit from fast-track entry, reduced visa fees and dedicated family support.

They will also work with the British Medical Association and the Academy of Royal Medical Colleges to tackle the “taper problem” in doctors’ pensions, which they claim causes GPs to turn down extra shifts for fear of higher tax bills.

The Labour Party manifesto was less clear on specific targets for job creation and employment in the NHS, but did acknowledge the 100,000 staff employment void in the NHS — which includes a shortage of 43,000 nurses.

Labour also claimed it will invest more than £1bn into public health, and recruit 4,500 more health visitors and school nurses.

The party will put this money towards “training and developing NHS staff throughout their careers”, and plans to introduce a new training bursary for nurses, midwives and allied health professionals under the Agenda for Change.

The Liberal Democrats will focus on retention of existing staff alongside hiring new doctors and nurses, and claims it will end the GP shortfall by 2025.

The Labour manifesto emphasised the party wants to increase NHS funding — by an average of 4.3% across the sector annually — to modernise, improve efficiency and deliver a better standard of patient care.

It promises to offer free prescriptions and free basic dentistry for all, as well as scrapping hospital car parking charges — for patients, staff and visitors alike — in an attempt to build on the “founding principles” of the NHS.

Labour also plans to invest £2bn into modernising hospital facilities and ending the use of inappropriate placements for healthcare settings — this includes an additional £1.6bn every year to ensure care standards in mental health are on par with treatments for physical health conditions.

Both Johnson and Corbyn plan to increase the number of GP surgery appointments available to patients, with Labour promising 27 million more per year, and the Conservatives pledging an additional 50 million.

The Conservative Party aims to make its long-term NHS plan guaranteed in law within three months of being re-elected.

The party confirmed that by 2023, it will have secured £34bn of extra annual funding for the NHS — an increase of 29% from 2018, and an additional £650m every week to be invested into improving front-line patient care.

The Conservatives will use this funding to build 40 new hospitals and 20 hospital upgrades over the coming decade if re-elected, as well as investing in new equipment to boost early cancer diagnosis across 78 UK hospital trusts.

The Liberal Democrats are prioritising mental health by treating it with the same importance as physical conditions — with measures including the likes of making prescriptions free for chronic mental conditions.

The Lib Dems also say they will raise an extra £7bn per year by putting an extra penny on the pound in income tax, which will be ring-fenced specifically for healthcare spending.

The Green Party promises to increase NHS funding by at least £6bn each year until 2030, reinstate nursing bursaries, and prioritise and improve treatment for mental health conditions in the UK.

The Brexit Party wants to abolish all politically imposed hospital targets, introduce 24-hour GP surgeries and make it possible for people without a degree to become nurses or midwives.

It also plans to increase NHS funding, putting particular emphasis on the need for more medical staff, and promises to invest further in medical research.

The Conservative manifesto states the party will use front-line technology to
improve the patient experience and facilitate flexible working for clinicians, as well as holding an annual health technology summit.

They also intend to extend the cancer drugs fund into an innovative medicines fund, meaning doctors can use advanced, life-saving treatments, and early diagnosis for major conditions including cancer and autoimmune disease.

Corbyn has promised to complete the hospital rebuilds already planned by the Conservative government whilst investing in AI and cyber technology in healthcare, and state-of-the-art medical equipment including more MRI and CT scanners.

Labour also plans to prioritise “highly valuable” data protection and patient information as it can be used for better diagnosis of conditions and in ground-breaking
research.

The Labour Party aims to increase the number of pharmaceutical jobs in the UK, and ensure community pharmacy — whereby pharmacies become a more convenient and less formal — is supported.

While the Lib Dems say it is important to integrate new technologies into the NHS — including AI — they also emphasise the need to do this in an ethical way, respecting people’s right to privacy and non-discrimination.

In its manifesto, the Green Party prioritises support for new technologies, and new approaches in healthcare that will help people live longer, and improve their quality of life.