Women in the medtech industry: The numbers speak for themselves, but cultural attitudes ‘are changing’

Medtech CEO Anne Blackwood: "I've never been conscious of my gender, even when I am the only woman around the boardroom table" 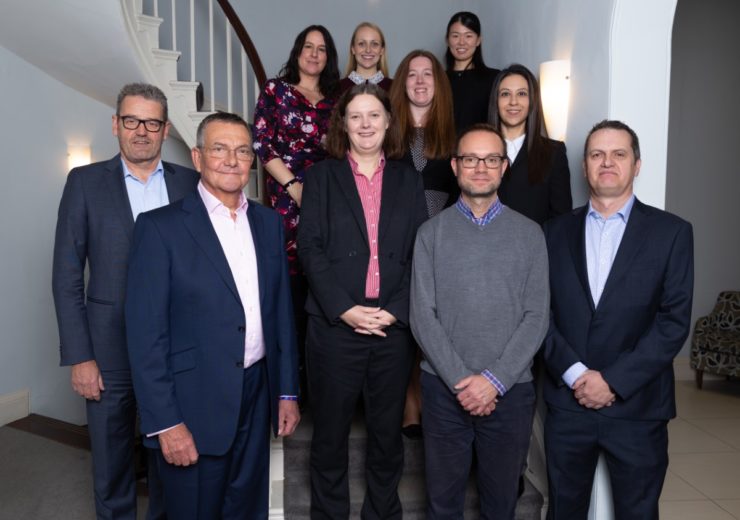 Anne Blackwood is the CEO of Health Enterprise East — an innovation hub for the NHS in the UK (Credit: HEE)

There is a disconnect between the number of women in the UK medtech sector and the NHS — but cultural attitudes “are changing”, says an industry boss.

Despite a gender imbalance in the sector — with fewer than one-third of clinical innovators historically being female — Anne Blackwood, CEO of Health Enterprise East (HEE), thinks visibility is key.

She has worked in the medtech industry for more than 15 years, and believes a cultural phenomenon, whereby women are less outgoing and more risk-averse than male counterparts, is responsible for these trends.

Speaking ahead of International Women’s Day 2020 (8 March), she added: “Sometimes when I talk to female clinical innovators or even women in business more generally, they are a little bit less confident than men in the industry, and don’t put themselves forward as much.

“But I do think that is changing. Certainly around Cambridge, where we are, I do see more female founders of start-ups coming through, and there are strong female leaders in the Cambridge network.

“Hopefully that visibility, and realising that women can do it too, and women can be entrepreneurs as well as men, will continue to grow.

“These kinds of gender imbalances aren’t going to change overnight. It’s going to take time for women to say ‘I can be an entrepreneur, I can start a company, I can be successful’.”

Women in medtech and the NHS

A report by UK governmental agency NHS Employers in August 2019 found that 77% of the health service’s workforce is female.

However, this number drops to 46% for “very senior manager roles” in the NHS.

These figures fall away further within the medtech industry, with Blackwood saying less than one-third of clinical innovators have typically been female over the past 15 years — the period in which she has worked in the sector.

There are similar trends in the US, where 18% of executives at the 100 largest medical device companies are women, and just 15% of their workforces are female, according to analysis by American magazine Medical Design & Outsourcing.

Blackwood added that about 17% of venture capital-backed start-ups have a female founder.

She said: “That’s quite a big gap between the NHS workforce and those that are innovating — or at least coming to us as innovators. There’s clearly a bit of a disconnect there.

“And certainly whenever I go to medtech events, if I’m not the only woman in the room then it’s certainly less than 10%. The numbers kind of speak for themselves.

“I’ve no doubt there are a number of different reasons but I do think cultural attitudes are quite a big one.”

Anne Blackwood’s views on the industry

Despite the gender imbalance in the UK medtech sector, Blackwood says she has never witnessed any overt sexism over the past 15 years.

She added: “In terms of attitude, I’ve never felt in any way unwelcome, or that my gender was important to anyone — either when I first started or now.

“I’ve never felt that being a woman has impeded my progression in this industry, and I’ve never been that conscious of my gender, even when I am the only woman around the boardroom table.

“I wouldn’t say I’ve ever felt intimidated by that, or felt that anyone would doubt why I would deserve to be there.”

“Also, I have to say I’ve always been backed by male chairs and I was promoted to CEO of HEE by a man as well — so I’ve always effectively been championed by male bosses.

“Perhaps that has impacted on my viewpoint that if I can do something then others will have confidence in me to do it as well.”

Other factors in gender imbalance

Innovation takes time in any industry, and as such, it can eat into people’s personal lives as well as their day jobs.

Blackwood said that while innovation is not necessarily for everyone — and it’s not always easy — medtech executives can ease the burden on women in the industry by being more flexible, and accounting for the heavy responsibilities women have outside of work.

As well as the issue of availability, she also believes parenthood can also go some way to explaining the gender gap.

Blackwood added: “I don’t have children, and that does mean I work hours that are a bit more antisocial.

“And I would say that if I did have children it would probably be harder to work the hours that I do.

“I’ve also not had to take a career break, and I don’t have that skill drop-off and skill pick-up — as well as some of the other complications that both male and female parents have. I think that’s probably true in most sectors.”