After years with virtually no funding, Medopad now has the means to innovate in the healthcare industry and is looking to create a new kind of "digital medicine". 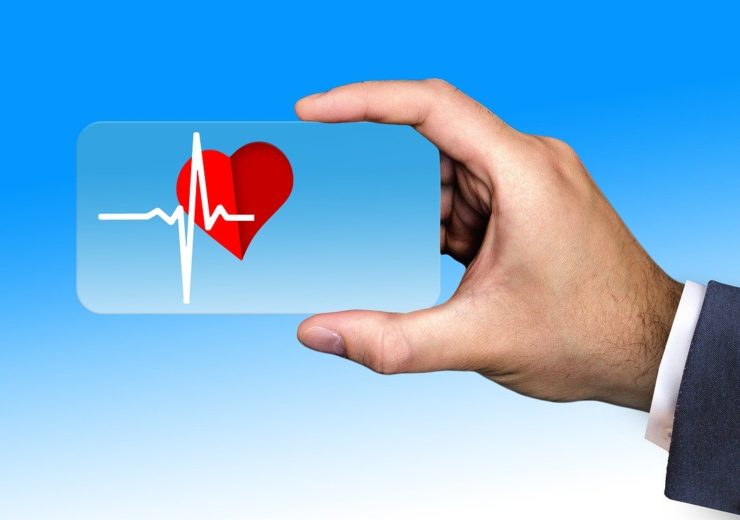 Medopad is working to create a world where people can live longer, fuller lives, with the help of “digital medicine” delivered through the likes of smartphones, smart watches and other connected devices constantly working to spot the early signs of illness and disease. Jamie Bell spoke to Medopad CEO Dan Vahdat about the equally tough task of securing the significant sums of funding required to bring such an ambitious vision to market.

Start-ups often face an uphill battle to get their ideas off the ground, and for UK medtech company Medopad, things were no different at first.

Yet, founder and CEO Dan Vahdat believes realising his vision of creating a world where people can live “longer, fuller lives” is a lot closer to becoming reality after a second funding round in two years.

Medopad, a London-based healthcare technology company founded in 2011, hopes to achieve this by connecting patients, doctors and healthcare providers through a new category in medicine known as digital biomarkers.

This involves using smartphones, smart watches and other everyday devices to detect potential health problems and diseases before passing this information to healthcare professionals.

Vahdat said: “With the advancement of digital technology, suddenly it became possible to capture data types that were not available before — how you walk, how you talk, or some of your vital signs like blood pressure, glucose level, heart rate etc.

“For us, a digital biomarker is one of, or a combination of these data points that creates a signature — and that signature correlates with the progression of a disease, potentially diagnosing a disease, or even in some scenarios predicting a complication that might occur as a part of the disease.

“Before, it was not really possible to look at your body unless you opened it up. The same way that medical imaging shows you what’s happening in your body and makes the invisible things visible, we think these digital endpoints of data open a new lens to your body that never existed before.

“We hope that 10 or 20 years from now, people cannot envisage medicine without biomarkers and the digital medicines that tackle those diseases.

“Our simple vision is helping everyone live their lives to the fullest, and to deliver that we are bringing proactive, predictive medicine to healthcare via digital tools, which are a key missing part that didn’t exist before.”

While two significant funding rounds and numerous commercial deals — including launching a patient monitoring app for the Apple watch — have helped to drive Medopad towards realising its goals, Vahdat admitted the first few years were “a really hard time” for the company.

Vahdat explained the biggest challenge after the company’s inception was its own lack of experience and understanding of how building a healthcare company works in reality.

On top of this, Medopad was founded around the same time a £10bn ($12.8) NHS project to create a computer system for patient records failed.

Vahdat said: “Everyone was thinking ‘if the NHS couldn’t do anything big with £10bn, what can a small start-up do?’ — that puts a cloud over the market, and no one wants to touch a healthcare company because there has been a massive failure already.

“This made it harder for everybody – us included – to get investment, and without investment you can’t really experiment.”

In its first few years, Medopad received just £2,000 of funding in a grant from the Royal Society of Arts.

Vahdat said the company’s lack of clients made it hard to secure any more significant funding, and it was only after another three or four years had passed that Medopad signed its first commercial deal with the Royal Free Hospital — a London-based NHS foundation trust.

While the company secured £50,000 in seed money off the back of that deal, Vahdat  said this was “not enough to cover anything”.

However, over the next two years Medopad started to pick up more funding and sign more contracts prior to a £23m ($30m) Series A funding round in 2018, which Vahdat described as one of the biggest in healthcare history.

He added: “It took seven years to start to get this momentum, but it shows things will happen — it just takes time.

“I think the success of most companies is based on getting some resources and then being able to experiment.”

What is the most important factor for a start-up  — funding, commercial deals, or the people?

To date, Medopad has received more than $50m across two funding rounds — the first of these was led by Hong Kong-based investment holding company NWS Holdings in February 2018, and raised $28m.

Vahdat said: “For the Series A funding our investors put a massive amount of trust in us, and that trust helped us make a lot of mistakes and learn from those mistakes, and think bigger.

“Instead of going for small opportunities at the start, you begin to see how we have these bigger opportunities.

“I’m personally very grateful because I managed to learn a lot from making mistakes and the team did the same.”

In November 2019, Medopad announced it had received a £19m ($25m) Series B funding round led by German pharmaceutical and life sciences company Bayer.

Vahdat described Bayer, who also participated in Medopad’s first round of funding, as “the ideal partner” to help it reach its vision of a world where everyone lives life to the fullest.

He said: “I think more money will enable us to run more clinical trials, look at different solutions and digital biomarkers, and as a result of that, create new digital medicines.

“It means we can find the ones that work sooner — and time is of the essence because every year that we don’t deliver on our mission is another year of everyone in the world not benefitting from what we could create.”

Vahdat also believes funding often comes along as a result of other activities — describing how Medopad’s commercial partnership with the Royal Free Hospital as “one of the most pivotal moments” for his company.

He told how the deal brought Medopad credibility by showing that a well-respected teaching hospital would work alongside it, and this was echoed and amplified through a partnership with Apple.

The UK’s then-prime minister Theresa May’s visit to China in early 2018 also proved a “big milestone” in Medopad’s journey — the start-up was a member of the trade delegation sent to Beijing and Shanghai as part of the business drive.

As well as making its first round of funding possible by securing a deal with several Chinese firms, this also facilitated Medopad’s global expansion.

Vahdat said: “We partnered with the right companies, became a global player, and after China we also expanded to the US, and now we have this network effect through being one of the only companies that supports China, Europe and the US.

“Right now we are looking at expanding into Japan, Brazil and the Middle East — all of this was made possible by Theresa May’s visit to China.”

He also believes another important milestone for any start-up is the point at which it begins to generate revenue.

He said: “When you’re trying to build a new category in medicine, in our case – digital biomarkers as a core driver of digital medicine – it’s really hard to make any money.

“Most companies are making no revenue, and for us going from small, almost non-existent revenue to now generating millions, it is a great place to be — and we’re hoping to get closer to £10m ($12.9m) this year.”

Despite Medopad’s significant funding and lucrative business partnerships accrued over the past few years, its CEO still believes the people working for the start-up cannot be underestimated.

Vahdat said: “I think the most important part of any start-up is the people, and that keeps changing because the company was made up of 10, then 50, then 100 and now more.”

He also feels that the vision and culture of any start-up’s workforce is key, adding that  “everything else is secondary, because without that you have nothing”.

Despite Vahdat’s desire to improve patients’ lives, Medopad didn’t share its dream until two years ago — once it had the tools and the means to go about achieving it.

Initially, it chose to focus on smaller, more achievable goals, and even now he feels Medopad is still at the beginning of its journey.

Vahdat also believes until it “closes the loop” of making digital biomarkers a recognised category in medicine, the start-up has not achieved its main goal.

He said: “We are very excited to get these biomarkers clinically validated.

“When we are confident that they really work as they should, we can integrate them into people’s lives.”

Vahdat believes once this happens — and only then — can Medopad be happy with itself for delivering a meaningful impact on the world.

He added: “I think the key for us is to keep ourselves to the highest standard. I tend to do that for everyone in the team, and, of course, I’m especially harsh to myself.

“I know that Steve Jobs had the saying ‘stay hungry, stay full’, and I think that’s part of our culture — we take this industry very seriously because healthcare touches people’s lives.

“So that’s our model — I’m not saying it’s the best model but it is our model.”

What does the future hold for Medopad?

One of the most “exciting” projects the start-up is working on right now is a clinical trial with the Royal Wolverhampton NHS Trust to test for aortic stenosis (AS) — a condition where the aortic valve opening narrows, restricting blood flow to the rest of the body.

This test, which Vahdat said is still in its early stages, will be looking at the effectiveness of a digital application to optimise the timing of intervention and improve prognosis in patients with severe AS.

Among a number of other projects, Medopad is also close to concluding a study on whether or not smart devices can detect and diagnose Parkinson’s disease at an early stage based on changes in the user’s walk.

Medopad is partnering with Chinese tech giant Tencent on this project.

Although the results have not yet been published, Vahdat believes it could demonstrate how the same medical tests that are typically performed by doctors can be carried out at home using nothing more than a smartphone camera to detect and monitor progress of the disease.

While Vahdat still considers his company to be at the beginning of its journey, with these types of innovative projects he hopes to one day “empower everyone in the world” with connected care and at-home diagnosis.

However as an enabler, Medopad is part of a bigger healthcare technology ecosystem.

Vahdat said: “The beauty is we are not actually doing it ourselves, but we are empowering our partners.”

One of these more recent partners — which has not been announced yet — reaches 500 million users alone, and will therefore allow Medopad to touch millions of people in one go, according to Vahdat.

Medopad is also hoping to boost its position within the American healthcare market.

Vahdat said: “We think on the back of our partnership with Apple, and companies like Johns Hopkins Hospital, there’s a huge opportunity for us to tackle some of the challenges in the US.”

Vahdat believes that with predictive health tools, and by connecting pharmaceutical and medical device companies, healthcare providers, and patients directly using smartphone apps and other everyday devices, it can improve efficiency and have a positive impact.