The expanded approval is based on CROWN trial, which showed that treatment using Lorbrena reduced the risk of progression or death by 72% 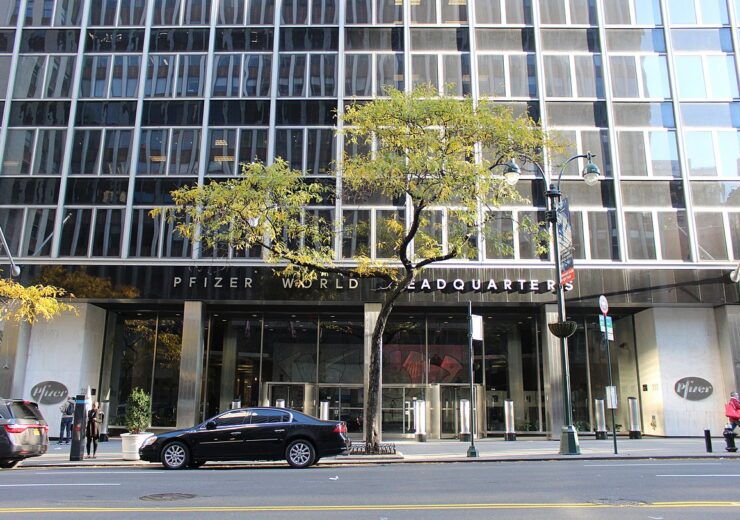 Pfizer has received the expanded US Food and Drug Administration (FDA) approval for Lorbrena (lorlatinib) to include treatment of a type of non-small cell lung cancer (NSCLC).

The US regulator approved the company’s supplemental New Drug Application (sNDA) for Lorbrena, as a first-line treatment of anaplastic lymphoma kinase (ALK)-positive NSCLC.

Lorbrena is a third-generation ALK inhibitor designed to inhibit the most common tumour mutations resistant to current medications and to address metastases in the brain.

Pfizer has initially received the FDA approval for the drug in November 2018 to treat ALK-positive metastatic NSCLC in people previously-treated using crizotinib or alectinib.

FDA has reviewed the company’s sNDA under its Project ORBIS initiative, and granted the expanded approval under its Real-Time Oncology Review (RTOR) pilot programme.

Pfizer Oncology global president Andy Schmeltz said: “For more than a decade, Pfizer has been a pioneer in delivering biomarker-driven therapies and addressing the diverse and evolving needs of people with non-small cell lung cancer.

“LORBRENA has been a transformative medicine for people with ALK-positive advanced NSCLC, and this FDA approval in the first-line setting means that we can now extend hope to even more people.”

The expanded FDA approval was based on results from the Phase 3 CROWN trial, which evaluated Lorbrena compared to Xalkori (crizotinib), in 296 people with previously untreated advanced ALK-positive NSCLC.

The Phase 3 study showed that treatment using Lorbrena reduced the risk of progression or death by 72%, as assessed by blinded independent central review (BICR).

The primary endpoint of the trial is PFS based on BICR, and the secondary endpoints include overall survival (OS) and tumour assessment-related data including ORR, and DOR.

The most common adverse events in the study include oedema, weight gain, peripheral neuropathy, cognitive effects, diarrhoea, dyspnea, and hypertriglyceridemia.

“This approval is meaningful for my patients because we now have a highly effective treatment option that can delay the progression of a typically aggressive disease.”