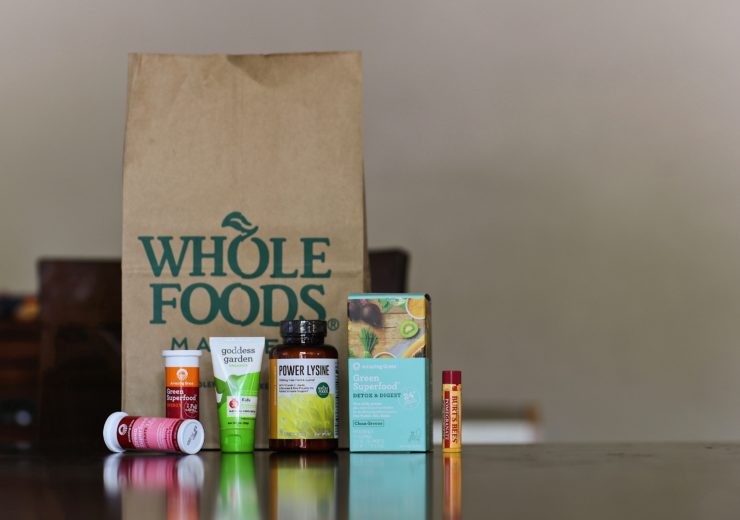 Just like pharmaceutical drug products, nutraceuticals and functional foods are regulated by the FDA in the US (Credit: Unsplash)

Nutraceutical companies offer a range of health products derived from food sources — including nutritional powders and pills, skincare oils, and even tablets to promote hair growth.

In September 2019, German database company Statista predicted the market value of the US nutraceutical industry would increase by more than 50% between 2020 and 2025.

We take a look at seven North America-based companies developing functional foods and other health supplements in a sustainable, efficient way in 2020.

Pond Technologies — also referred to as Pond Tech — is a Canadian start-up attempting to “derive value from emissions”.

The Ontario-based company uses its scalable carbon capture and utilisation technology to turn industrial greenhouse gas emissions into a range of algae products.

As well as its healthy, vegan-suitable nutraceuticals for humans, Pond Tech also produces algae-based animal feed with up to 70% protein content.

The start-up was founded in 2007, and received $8.7m in January 2018 as part of a funding round led by Canadian investment company Hampton Securities.

It does this by breaking down a toxic, unwanted byproduct of alcohol called acetaldehyde.

ZBiotics used biotechnology to engineer an enzyme called acetaldehyde dehydrogenase, replicating the natural process of the human liver, but doing so in the gut — where acetaldehyde often accumulates.

For the best results, ZBiotics claims its product — supplied in the form of a drink — should be consumed before the user starts drinking alcohol, and works best when taken with water and plenty of sleep.

Beyond its hangover cure, ZBiotics is also working in areas including dairy products, radiation, and lead-contaminated water.

The San Francisco-based company was founded in 2016, and received $2.8m in seed funding from US venture capital investment firm Babel Ventures in March 2018.

The company can supply these ingredients in bulk to meet the demands of multinational brands thanks to a 10,000-acre farm and its 154,000-square foot extraction facility.

Commercial hemp products have a variety of uses — from skincare and reducing the risk of cardiovascular disease to natural pain relief.

Integrated CBD is based in the US state of Arizona, and since being founded in December 2018 has received $63.4m across four separate funding rounds.

Rootine produces daily vitamin tablets that are personalised according to the consumer’s DNA, blood levels and lifestyle.

DNA is assessed using ancestry data, or an at-home genetic test kit, while blood data, diet, age and exercise can also be taken into account.

Rootine compares this data to the latest scientific research and medical findings available, and creates a tailored mix of nutrients to meet the consumer’s needs — using entirely vegetarian ingredients.

US company Jaguar Health has a pipeline of novel, sustainably-derived gastrointestinal products for animals and humans.

Its products include Neonorm Calf, a non-prescription treatment to prevent dangerous dehydration levels in baby cows, and Canalevia — a prescription drug candidate for treating various forms of diarrhoea in dogs.

In July 2017, the company merged with US drug firm Napo Pharmaceuticals.

Following this merger, Jaguar Health obtained Myetsi – a US Food and Drug Administration (FDA)-approved medicine for relieving symptoms of non-infectious diarrhoea in adults being treated with antiretroviral therapy for HIV/AIDS.

Jaguar Health was founded in 2013, and has received a total of $13.6m across five funding rounds — the most recent of which came in March 2018 and accounted for $9.2m.

Its flagship product, TRU NIAGEN, is a drug that ChromaDex says has been shown to increase levels of vital cellular resource, and support healthy living and ageing.

It has also been approved by the FDA for its safety and effectiveness, and is available as a capsule or a powder.

ChromaDex also conducts research into the potential of nicotinamide adenine dinucleotide (NAD) — a co-enzyme involved in cellular metabolism that is thought to play an important role in healthy ageing.

ChromaDex CEO Robert Fried is also an Academy and Emmy Award-winning film producer. His notable works include Godzilla, Rudy, The Boondock Saints, Collateral, and So I Married an Axe Murderer.

Its natural solutions are said to do this by targeting several hair-loss causes including hormones, stress, nutrition, metabolism, and environment.

Nutrafol’s range also includes Nutrafol Women’s Balance, which contains ingredients to support hair growth before, during and after menopause.

The company provides personalised “growth guidance” for its customers — including access to doctors and regular product recommendations as well.

The New York-based firm was founded in 2014, and received $35m via a Series B funding round in April 2019. The round was led by $15bn American investor L Catterton.