We look at how, according to industry experts, professionals can look to guidance from the FDA to improve diversity in clinical trials. 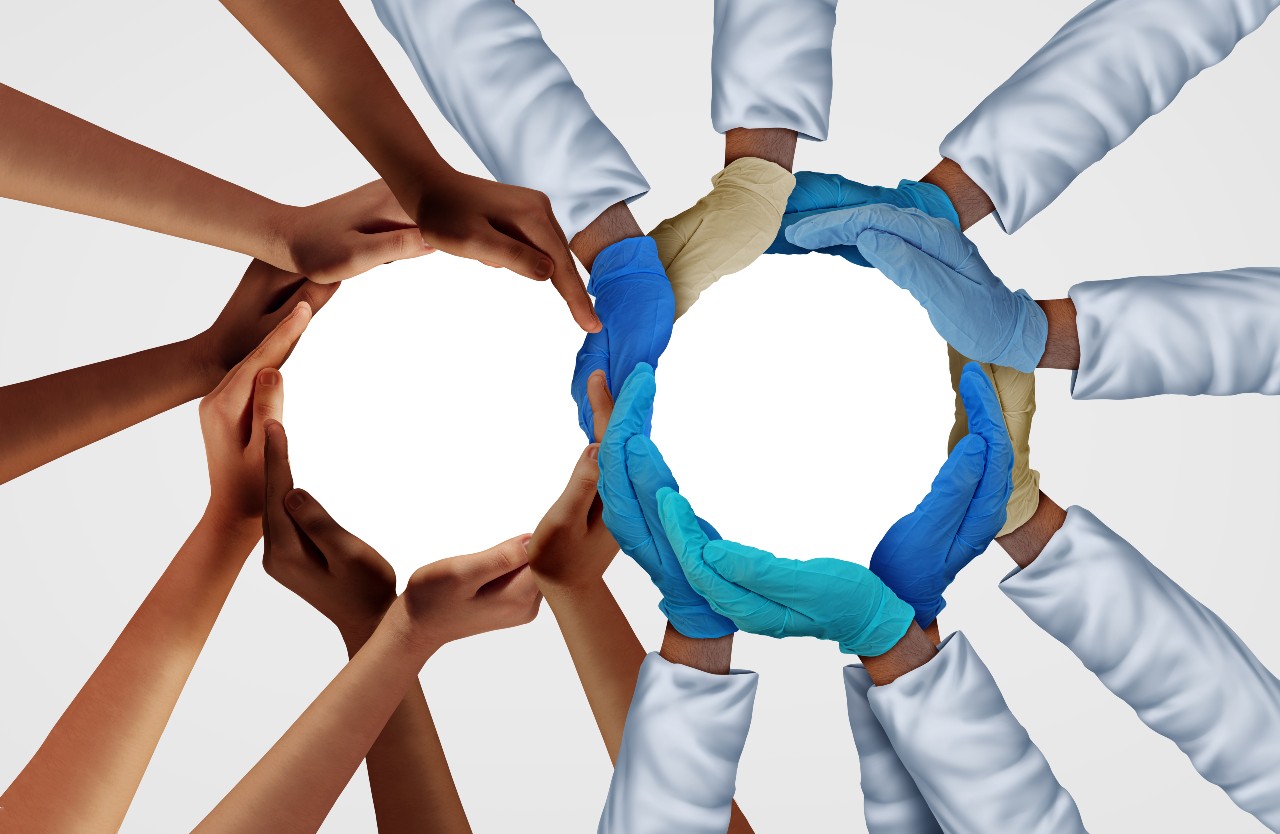 Up until recently, clinical trials for most drugs in use were almost exclusively trialled on men. (Credit: Lightspring/Shutterstock.com)

A growing awareness that different demographics experience disease and medication differently has prompted industry calls for clinical trials to better represent the population a drug is intended for. With its November 2020 guidance on ‘Enhancing the Diversity of Clinical Trial Populations’, the US FDA is striving to move past the conversation about why diversity is important and drive the industry to take practical steps to change it. Monica Karpinski speaks with experts across the research sector, from regulators to patient recruitment specialists, about how industry professionals can look to this guidance, alongside work already being done in the research sector, to improve diversity in clinical trials.

In March 2011, Lindsey Schweigert took one Ambien pill, a sedative, to help her sleep after a tiring business trip. She woke up in police custody – while under the influence of the drug, Schweigert had attempted to drive to a nearby restaurant but crashed into another car on the way. She had no recollection of the events whatsoever.

Schweigert’s experience is shocking but not unique. Decades’ worth of post-marketing reports detail women’s experiences of cognitive impairment associated with Ambien and, in 2013, the US FDA realised that this was because the drug lingers in the blood for longer in women than it does for men, therefore, increasing their risk of adverse effects. The recommended dosage for women was then halved, but by that point, the drug had already been on the market for 20 years.

It would take until 2020 for researchers to grasp the true scope of the problem – that women were experiencing side effects from medication twice as often as men, according to an article in Biology of Sex Differences – because the clinical trials for most drugs currently in use were conducted exclusively on men and prescribed at the same dose for people of both sexes.

Recent years have seen increased institutional interest in correcting this bias and others like it, by ensuring that clinical trials accurately represent the population a drug is intended for.

One such institution is the FDA, which released a guidance paper on the topic in November 2020; another is the journal JAMA, the revised publishing guidelines of which require that a broader range of demographic information is reported with trial data.

Industry professionals can look to the FDA’s guidance, alongside work already being done in the research sector, to understand what practical steps they can take to improve diversity within their own trials.

Broaden the criteria in clinical trials

The experience of disease can be influenced by a range of different factors, from socio-economic status to culture, through to lifestyle and genetics. When developing eligibility criteria that would best reflect the patients likely to take a drug, it follows that researchers should consider this broader picture of who they are and what their lives look like.

While there isn’t clear guidance or established protocols for doing so yet, Jennifer Harris, head of research policy at the Association of the British Pharmaceutical Industry (ABPI), recommends starting with the disease area and developing an understanding of how it is experienced by different groups of patients.

“You need to really understand the disease and you really need to understand where the patients are,” she says. “What we’d like to see is for the whole trial to have that representative group of patients relative to what’s necessary for that disease area.”

Here, engaging with patients from the start of the trial is key. “That will help you make sure that you’re defining the unmet need properly,” adds Harris.

The FDA’s guidance notes that enrolling a diverse study population may require consideration of both demographic and non-demographic characteristics, but has no current plans to issue further regulations that require reporting of trial participant data beyond race, gender and age, says FDA spokesperson Chanapa Tantibanchacha.

However, there is still work to do in improving diversity across these three demographic factors. “Sometimes certain populations are excluded from trials without strong clinical or scientific justification,” says Tantibanchacha, giving the examples of older adults, those at extremes of the weight range, those with HIV and children.

The FDA recognises that exclusion of these groups has simply become accepted over time or even used as a template for eligibility across trials.

Researchers should think critically about why they would exclude a certain group and whether they can justify that decision. Other groups that have historically been excluded from clinical trials are women, gender diverse and non-conforming individuals, and people of colour.

From selecting a patient population to defining trial outcomes, there are various ways that bias in clinical trial design can work against diversity. For Harris, avoiding bias in trial design is fundamentally a question of patient involvement.

Including the patient voice from the start of the process can not only ensure that the trial is focused around end points that matter to that patient population, but also that it is designed in a way that makes it possible for them to participate.

“We’ve had some examples of incidences where the primary end point for the trial has been this thing there but, actually, what matters to the patient more is this thing over there,” she says.

“By actually working with patients, companies have then been able to work with regulators as well and say, we need to kind of revise what matters here. That trial then becomes a lot more representative of what the patient wants it to be and needs it to be.”

This echoes FDA guidance to incorporate patient-focused research into clinical trial design, which can help stakeholders to understand participant needs but also any challenges or burdens that may prevent them from enrolling.

Any necessary accommodations, such as childcare facilities or planning around a patient’s work schedule, could then be accounted for.

For sites, an important step in preventing bias is recognising where it could occur. In October 2020, the Society for Clinical Research Sites (SCRS) launched the SCRS Diversity Site Assessment Tool (DSAT) to help sites assess their progress in recruiting and retaining diverse patient populations.

Sites can use this tool to identify how inclusive and accessible a trial is, for example, whether there is an adequate understanding of the trial participants’ demographics, and then create a plan to improve where necessary.

A common theme in areas the tool identifies is having a good understanding of the target group – something that Diana Foster, SCRS vice-president of strategy and special projects, says is crucial in getting a diverse population on board in the first place.

“[Sites need to] understand not only the demographic mix required for the potential population, but they [also] need to understand where they need to point to recruit a diverse population,” she says. “Then they are truly looking at their actual patient.”

Mistrust of clinical research, and medical professionals more generally, among certain populations can prevent or make them less likely to enrol.

A survey by Demand Diversity, a campaign run by patient recruitment company COUCH Health, found that feelings of exploitation, dehumanisation and deep mistrust were barriers to trial participation among people of colour in the UK.

Cultural and religious factors, such as concerns with ‘giving part of the body’ among those of Islam faith, also factored. Before researchers plan anything, they need to understand these patients’ challenges and what would prevent them from enrolling in a trial, says COUCH CEO Ash Rishi.

This may involve physically going out to meet community groups or religious leaders, and simply asking for a chat.

“We’ve gone into boroughs, mosques, synagogues […] and just asked, ‘Can we have ten or five minutes?’ And if they’re not comfortable, we ask if we could leave our information or leaflets,” says Rishi.

During these conversations, Rishi establishes understanding by asking what a person’s previous experiences with healthcare have been like. As well as building trust, these patient insights can then be used to inform inclusive trial design and to develop a culturally sensitive retention strategy.

Community outreach is important, but if sites don’t continue the work once a trial is under way, only so much can be achieved, adds Foster. “We can mobilise and attempt to move the needle and enrol diverse populations, but the sites have got to be responding, and be able to be trained and knowledgeable in doing this work,” she says.

Here, FDA guidance suggests that clinical investigators and research staff complete cultural competency training as a way to build patient trust and learn how to engage with participants of different backgrounds.

Do the work to promote diversity in clinical trials

Regulators play an important role in defining clinical trial conduct and, from a UK perspective, Harris believes that the MHRA could do more to support researchers by communicating what they can expect from them as an agency.

“At the end of the day, you are generating evidence for the regulator in order to get marketing, authorisation, etcetera,” she says. “[For] the next step, I think some companies would just really [like] at least a nod in the right direction.”

However, too much regulation risks turning diversity into a tick-box exercise, she adds. Foster agrees, noting that while guidance like the FDA’s is helpful in moving the needle, industry professionals shouldn’t feel like they need to wait for an explicit mandate to make their work more inclusive.

It’s often said that change starts on an individual level and it’s important that industry professionals accept accountability for the role they could play in promoting diversity within clinical trials.

“We often talk about hard-to-reach groups,” says Harris. “But we need to put the responsibility on the research community here, it’s about them being underserved by us.”