The expanded approval is based on data from the JUNIPERA trial, which showed that Cosentyx reduced the risk of flare and disease activity compared to placebo in paediatric patients with ERA and PsA 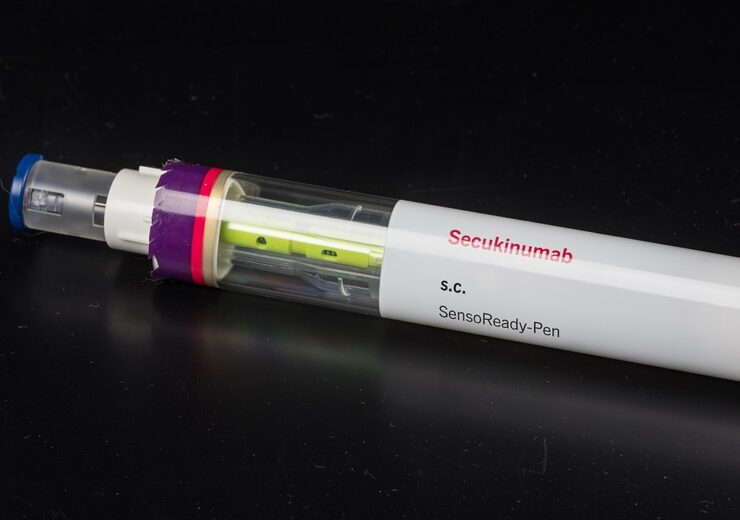 Novartis has received expanded approval from the European Commission (EC) for Cosentyx (secukinumab) alone or in combination with methotrexate to include treatment of certain paediatric arthritic conditions.

Cosentyx is a fully human biologic that directly inhibits interleukin-17A, a cytokine that plays important role in the inflammation of certain neurological disorders.

The drug was previously approved in the European Union (EU), the US, and other territories, for various indications including plaque psoriasis, axial spondyloarthritis, etc.

ERA and JPsA are two forms of juvenile idiopathic arthritis (JIA), which are progressive, serious autoimmune diseases, and may cause severe pain and disability if left untreated.

Characterised by joint swelling and pain where tendons and ligaments attach to bone, ERA may present with lower back pain or tenderness at the palpation of the hips.

JPsA is characterised by joint swelling and skin psoriasis and may present with nail changes, inflammation of fingers and toes or psoriatic skin changes.

Novartis immunology medical affairs global head Todd Fox said: “Cosentyx could now provide a treatment option for eligible patients who continue to struggle with the painful symptoms which negatively impact their quality of life, such as inflammation of the joints, swollen fingers and toes.

“This approval represents an important step in our ambition to expand Cosentyx to 10 indications for children and adults living with rheumatic and dermatologic diseases.”

The expanded approval is based on data from the Phase 3 JUNIPERA trial, in which Cosentyx showed positive outcomes in children with ERA and JPsA, compared to placebo.

In the Phase 3 study, the drug showed a statistically significantly longer time to disease flare in treatment of ERA and JPsA compared to placebo, which is the primary endpoint.

In a separate development, Novartis has unveiled new data from the Phase 3 ASCLEPIOS 1/2 trials and the ALITHIOS open-label extension study of Kesimpta (ofatumumab).

The studies showed that continuous treatment with Kesimpta significantly increased the chances of achieving no disease activity compared to switching from teriflunomide.