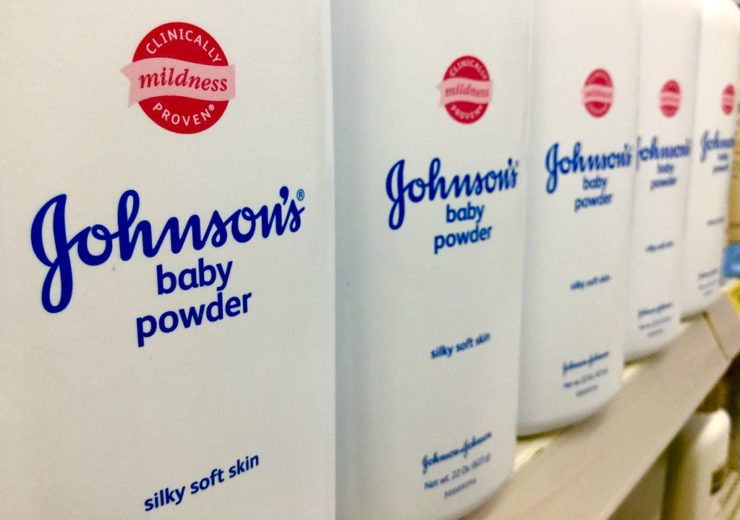 Johnson's Baby Powder is one of the US pharma giant's most famous products (Credit: Mike Mozart/Flickr)

Johnson & Johnson has been hit with $750m in damages for failing to warn customers of cancer-causing asbestos in its talc products.

A New Jersey jury ordered the US pharma giant to pay punitive damages after four people came forward having been diagnosed with cancer from using Johnson’s Baby Powder product.

The company has already been ordered to pay multiple actual damages as part of the same scandal surrounding the asbestos found in its talc products over the past two years.

On 7 February, the jury agreed Johnson & Johnson had acted “maliciously or in wanton disregard” of the safety risks for the four plaintiffs involved, who have been diagnosed with mesothelioma — an invariably fatal form of cancer.

Panatier said: “This case is really about the fact that J&J structured their last 50 years of conduct around concealing that there were, and have always been, asbestos fibres in their baby powder.

“They designed test methods that they knew lacked the sensitivity to detect the asbestos that was present and then on the occasions when asbestos was found, took steps to make excuses, blame non-existent contamination, delete and alter test results. The jury saw all of that.”

In May 2018, Panatier was also one of two attorneys representing Joanne Anderson of Williams, Oregon, who received $25.75m when a California jury found manufacturing and design defects in Johnson’s Baby Powder due to the presence of asbestos.

Then, in September 2019, Panatier was one of several lawyers representing four people with mesothelioma caused by the same baby powder product.

The plaintiffs sued Johnson & Johnson — in its home state of New Jersey — and were awarded $37.3m in actual damages. This verdict set the stage for punitive damages to be levelled against the company last week.

Later that month, Nancy Cabibi from Hauser, Idaho was awarded $40m in damages after being diagnosed with mesothelioma — which had been caused by Johnson’s Baby Powder.

And now, the US firm has been told to pay $750m in punitive damages — a ruling designed to punish defendants for outrageous conduct, and deter it and other defendants from engaging in similar acts in the future.

Following the verdict on 7 February 2020, the judge who presided over the trial indicated the damages would be reduced to $186.5 million based on state law, which limits all punitive damages to five times the compensatory amount.

This most recent case is also the first time Johnson & Johnson CEO Alex Gorsky has taken the stand in one of the talc cases.

Under questioning from Panatier, he admitted to having not gone through the actual relevant documents before appearing on national television to proclaim the safety of its talc products in December 2018.

This was in response to a story on UK-headquartered publication Reuters’ website, which alleged that Johnson & Johnson knew of and concealed the fact its baby powder products contained asbestos.

Moderna’s Spikevax vaccine approved in EU for use in children