The rapid Covid-19 Ag test uses samples collected using a sterile swab and delivers results on the spot, within 10 to13 minutes 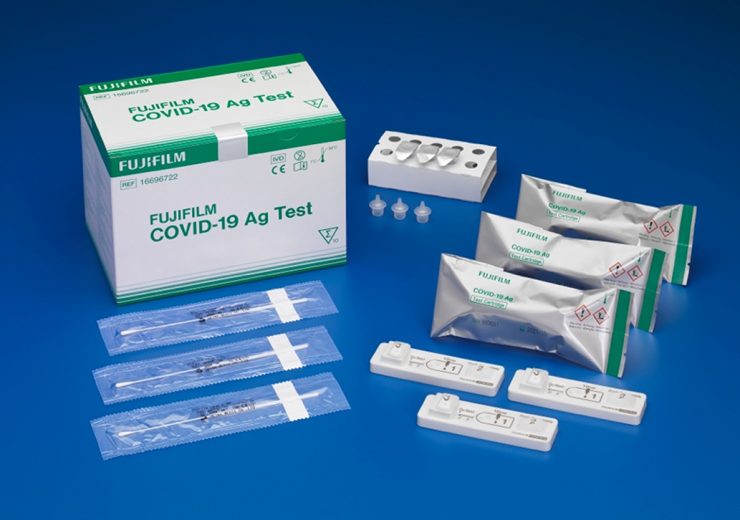 The antigen test kit has been developed using high-sensitive detection technology based on silver halide amplification technology, which is used in the photo-developing process.

The company said that antigen testing is a rapid and easy method, but delivers less sensitivity compared to PCR testing.

Fujifilm Covid-19 Ag Test uses samples collected using a sterile swab and delivers results on the spot, within 10 to13 minutes after the sample is applied into the test cartridge.

The company intends to commercialise the test kit as an in-vitro diagnostic medical device in Europe, with plans to expand into other regions including Asia, Mexico, Russia and the Middle East.

Fujifilm and Yokohama City University jointly evaluated the capability of the antibodies in combination with the company’s silver amplification immunochromatography method.

Immunochromatography is a testing method in which a specimen is processed in a reagent, and generates an immune complex when the specimen with test substance binds with the labelled antibody in the reagent.

The test method produces easy and rapid results, and can be used frequently, said the company.

As several new variants of SARS-CoV-2 are emerging worldwide, the test kit has been confirmed to detect both UK and Brazilian variants, said the company.