Remdesivir coronavirus trial problems in China give warning to other countries 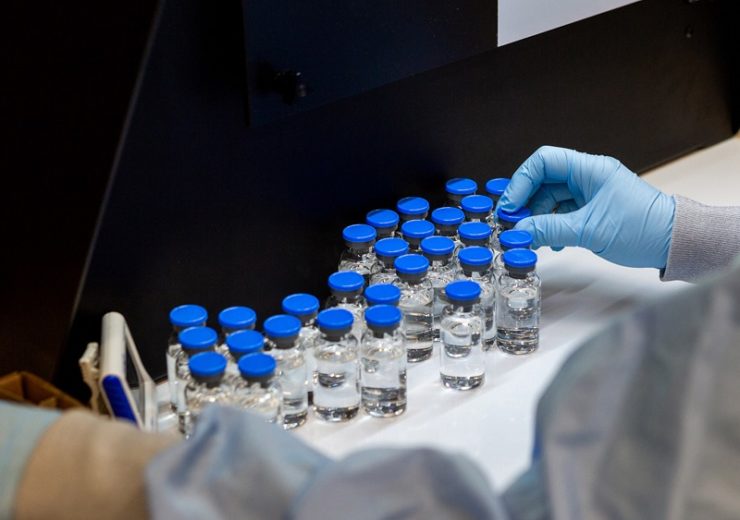 Gilead Sciences, which has previously reported anecdotal success of its drug remdesivir in treating SARS and MERS, hopes it could be a potential coronavirus vaccine (Credit: Gilead Sciences)

Suspending trials of the antiviral drug remdesivir to treat coronavirus patients in China should serve as a warning for studies in other countries, believes a healthcare expert.

After Gilead Sciences confirmed it had terminated a study early due to difficulties in finding enough patients to take part, Michael Breen told other companies they could face similar problems.

More than 100 Covid-19 drug candidates are in development globally but as the world awaits the “silver bullet” that could make the disease less deadly, many countries are now reporting a plateauing of new cases and deaths.

Dr Breen, associate director of infectious diseases at analytics company GlobalData, said: “As the Covid-19 outbreak becomes controlled, we must acknowledge that developers will increasingly face difficulties in recruiting infected patients for trials.

“In fact, as Gilead experienced in China, companies may have plans in place to initiate a trial, but when it comes to begin enrolment, there may be insufficient numbers of patients to power the study.

“Furthermore, as the number of developers burgeons, there will be increasing competition for a contracting pool of trial enrolment candidates.

“Thus, selection of trial sites where the outbreak is growing, possibly in regions where implementation of control measures has been resisted, might make ideal trial locations due to a potentially richer pool of infections to treat or prevent.”

California-based biotech giant Gilead Sciences was labelled by some experts as the frontrunner for finding a Covid-19 vaccine with remdesivir.

It was originally developed to combat Ebola but had also proved effective against similar coronaviruses SARS and MERS in animal studies.

Two clinical trials with hospitalised Covid-19 patients were set up in February and World Health Organisation (WHO) assistant director-general Dr Bruce Aylward said in March it was the “only one drug right now that we think may have real efficacy”.

But last week the WHO accidentally published a draft document, which was undergoing peer review, saying the Chinese trial showed remdesivir did not improve patients’ condition or reduce the pathogen’s presence in the bloodstream.

The drug was tested in 158 patients and their response compared to 79 patients in a control group, according to the FT.

The documents said the treatment “was not associated with a difference in time to clinical improvement”, while 18 patients needed to be removed from the trial after displaying significant side effects.

Gilead, which had initially stated it wanted to find 1,000 patients for the Phase 3 trials,  responded by saying the WHO post included “inappropriate characterisations of the study”.

“The study was terminated early due to low enrolment and, as a result, it was underpowered to enable statistically meaningful conclusions,” it said.

“As such, the study results are inconclusive, though trends in the data suggest a potential benefit for remdesivir, particularly among patients treated early in disease.”

Gilead statement on data from study in patients with severe COVID-19 in China: https://t.co/pDsnSmVijG. pic.twitter.com/UpqR5EJqvQ

Dr Breen believes the situation is reminiscent of the Zika virus epidemic of 2015 to 2016, when developers rapidly began intense development of therapeutic and prophylactic interventions.

“However, as the outbreak was contained less than two years after its initiation due to implementation of mosquito control measures, developers had no patients left to include in trials for treatments,” he said.

“Similarly, a lack of spread of the virus also meant it would be near-impossible to demonstrate any effectiveness of a vaccine – thus, development of nearly all Zika virus interventions came to a halt.

“If patient pools for inclusion in trials continues to shrink, developers may have to rely on predicting which regions may not effectively control the outbreak, which is extremely difficult.

“They may also try to anticipate areas where a second wave or rebound of the outbreak could occur – but must also consider than if faced with a second wave, authorities may impose even more strict restrictions than for the first wave in order to rapidly control the outbreak, which would again limit patient pools.”

Other industry experts remain confident in the potential of remdesivir in tackling Covid-19 and many had even expected the Chinese trials to disappoint, according to some reports.

Evercore ISI biotech analyst Umer Raffat pointed out how the drug was only given to patients up to 12 days after symptoms first appeared.

“That is a very long window,” he said in a note to clients. “This is a principle in antivirals for acute infection: the earlier you start, the better the efficacy.”

This view was echoed by Piper Sandler analyst Tyler Van Buren, who said: “No one expected remdesivir to work in all patients, and antivirals are best when used early.

“The bottom line is that stating the trial flopped appears overly aggressive and premature, particularly in light of Gilead’s comments.

Dr Breen, meanwhile, believes a potential way of demonstrating the vaccine’s effectiveness against Covid-19 could be challenge studies, where patients receive a vaccine and then are challenged with a given pathogen.

He added: “While not an acceptable substitute for standard clinical trials, this type of study could be useful for determining which vaccines should be moved into proper clinical studies, and ease competition for what might be a vanishing patient pool.

“Challenge studies are great for proof of principle, but they have their limitations.

“They might not reflect protection conferred by whatever strain of the pathogen is circulating, and they can’t be conducted with pathogens which are associated with severe disease for ethical reasons.

“Additionally, they are used largely for vaccines, not treatments, so should numbers of infected patients decrease substantially, we may see trials for treatments postponed until the outbreak re-emerges.”