Starpharma claims that its Viraleze is the only nasal spray to show more than 99.9% antiviral activity against SARS-CoV-2 within one minute 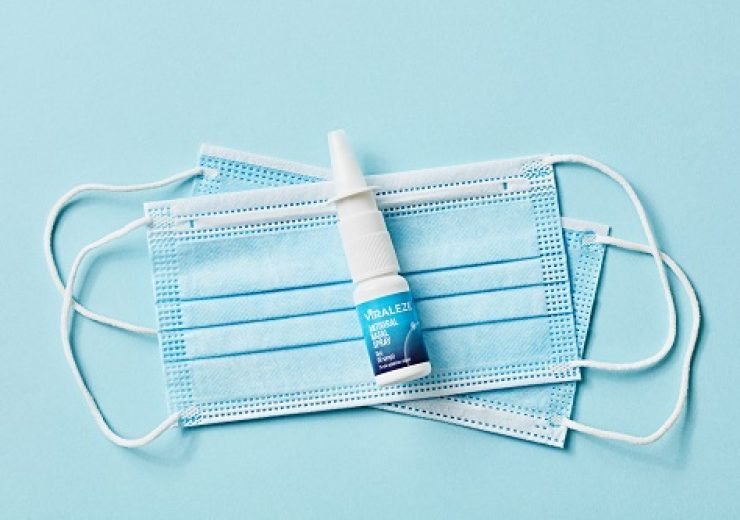 Starpharma has announced that its antiviral nasal spray Viraleze showed more than 99.9% effectiveness against the Alpha, Beta and Gamma SARS-CoV-2 virus in laboratory-based virucidal assays.

Viraleze targets a specific area in the nasal cavity where respiratory viruses causing colds, flu, and more severe respiratory illness would initially attach to and to begin multiply.

SPL7013, the active ingredient in Viraleze, works by preventing spikes of the SARS-CoV-2 virus from interacting with the human cells.

The drug was tested in a laboratory at The Scripps Research Institute in the US, where previous studies of SPL7013 against multiple strains of SARS-CoV-2 were conducted.

In the current studies, SPL7013 showed consistent virucidal activity against the Alpha, Beta and Gamma variants with that observed in the US strain of SARS-CoV-2, said the company.

Starpharma CEO Jackie Fairley said: “We are very pleased to see such potent and rapid virucidal activity of Viraleze against multiple SARS-CoV-2 variants of concern, Alpha, Beta, and Gamma.

“These variants continue to spread across the globe and challenge efforts to control the Covid-19 pandemic. Given its broad spectrum of activity, Viraleze could prove to be particularly beneficial as an additional protective measure against these variants.

“This could prove particularly useful in settings where these variants can be problematic, like hotel quarantine and major international events such as the Tokyo Olympics.”

The Alpha variant is also called the UK variant, while Beta is known as the South African variant and Gamma as Japan or Brazil variant, and are categorised as ‘Variants of Concern’ by CDC.

Starpharma noted that the study data indicate comparable potency for SPL7013 against all three variants of concern Alpha, Beta and Gamma compared to original strains of the virus.

The MHRA correspondence is about promotional claims, including references to SARS-CoV-2 and Covid-19, and the interrelationship between the product claims and its categorisation.

The MHRA correspondence does not question or is associated with the safety or quality of Viraleze, but is related to allowable promotional claims.

Starpharma said it disagrees with the MHRA on its correspondence and has agreed to temporarily halt the sales of Viraleze in the UK.