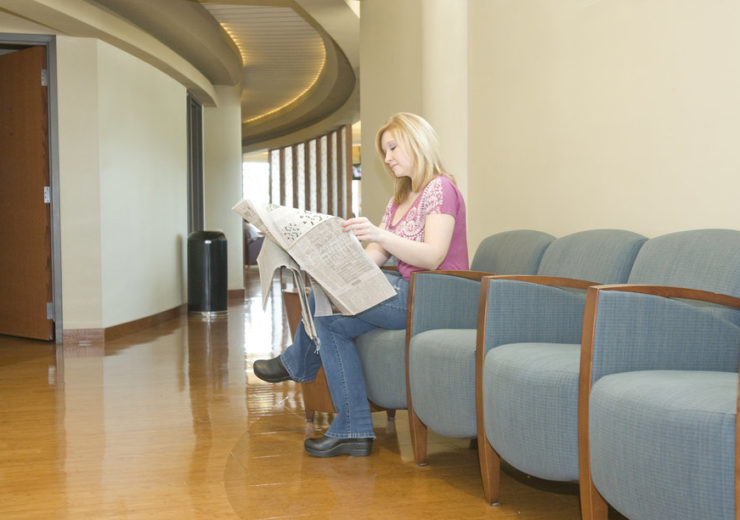 The Northumbria NHS Trust is attempting to reduce patient waiting times by cutting any inefficiencies out of its IT systems (Credit: Public Domain Files)

With UK emergency departments constantly overstretched and demand on the NHS at an all-time high, there are increasing calls for healthcare centres to digitise their working practices and improve patient care using the latest technologies.

Reacting to such demands, the Northumbria Healthcare NHS Foundation Trust is making the process of bringing in temporary “locum” doctors more efficient by using the Digital Workplace IT solution from American software company BMC.

Bypassing much of the paperwork required when one doctor covers for another — due to the likes of illness or leave — the Northumbria NHS Trust believes the solution will reduce waiting times and streamline administrative procedures.

Forms that normally take hours to complete can be completed automatically in just a few seconds before the locum arrives, meaning they are available to work right away.

Through the Digital Workplace — a cloud-based hub where employees connect via everyday devices — a department manager can approve the appointment of temporary staff with a few taps on a smartphone.

Northumbria NHS Trust head of service delivery Glen Foster believes that because expected standards within trusts are incredibly high, the need to cut slack from the system and make them run as efficiently as possible is vital.

Speaking at the 2019 BMC Exchange event in London, he said: “Digitising was the easy bit — we had to go beyond that to ensure the positive impact on patient experience and outcomes.

“If you go to an emergency department you don’t want to sit there waiting just because there’s no one to cover a shift — we want to make sure that doesn’t happen.”

When the Northumbria NHS Trust has locum doctors arriving to cover shifts, the paperwork needs to be completed manually — and there’s only so much time staff can save, no matter how efficient they are.

Furthermore, this paperwork needs to be completed as quickly as possible, because locum doctors cannot see patients until they have been approved.

Certain details on these forms, such as the doctor’s name and their GMC number, are known as duplicate information, meaning they are the same every time they become a temporary member of staff at any healthcare centre.

BMC’s Digital Workplace solution allows much of this paperwork to be filled out automatically, and the Northumbria NHS Trust claims this means locum doctors can gain an hour of working.

Not only does this reduce the amount of time patients are kept waiting, but it also frees up other doctors, meaning more patients can be seen.

Foster also said that ordinarily, an operational manager has to sign these forms, scan them, and send them back to an IT department before a locum can be approved.

But the Digital Workplace allows for digital authorisation — meaning a request can appear as a notification on the manager’s phone screen, and because it’s a secure device, they can sign-off on it remotely.

Is further digitisation of the NHS on the horizon?

The Northumbria NHS Trust also takes on around 70 doctors per year — all of whom arrive at the same time in August — and Foster says this inevitably leads to an intensive period of paperwork.

However, he believes taking all the information on these doctors and handing it over to a computer to process automatically will save time and mistakes.

This is another example of how the whole process of data management can be automated and ultimately tightened to become more efficient, which Foster sees as the “end game” for the trust.

He also said the highest quality of patient service will be achieved when automation and user experience are considered up-front, and on a single platform — in this case, the BMC Digital Workplace.

On the subject of NHS trusts experimenting further with new technologies in the future, Foster said that it is much the same as innovating in other industries — although it is important to adhere to a “higher level of quality”.

He added: “You need to remember where you are and who you’re dealing with in healthcare, because there are consequences if you get it wrong.”

Despite the NHS already starting the process of digitising its patient-facing services, Foster also said innovations that are coming through will make things “radically different” in five years’ time.

Patient CareHealthcare IT
Registration is disabled.