The EC approval is based on the data from the Phase 2 SPRINT Stratum 1 trial, in which Koselugo reduced the size of inoperable tumours and pain 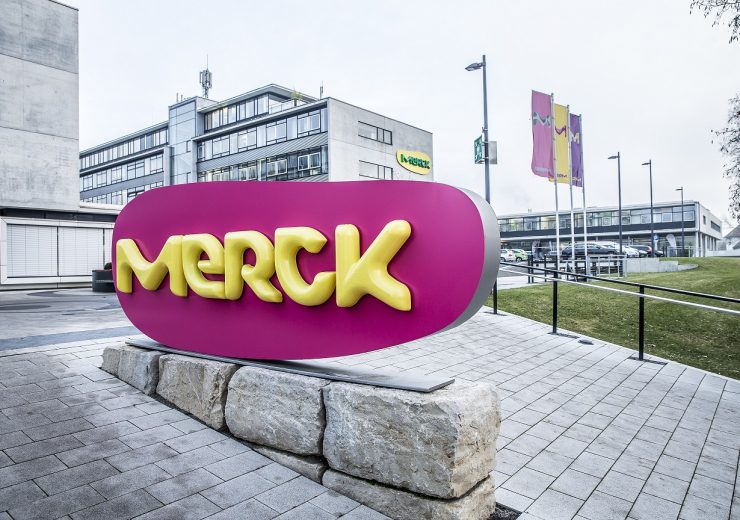 The Merck logo in front of the visitor reception at Merck headquarters. (Credit: Merck KGaA.)

AstraZeneca and Merck (MSD) have secured the European Commission (EC) conditional approval for Koselugo (selumetinib) to treat a type of plexiform neurofibromas (PN) in children.

Koselugo is indicated for symptomatic, inoperable PN in paediatric patients, aged three years and above, with neurofibromatosis type 1 (NF1) in the European Union (EU).

NF1 is a serious genetic condition caused by a spontaneous or inherited mutation in the NF1 gene, with symptoms including soft lumps on and under the skin and skin pigmentation.

Koselugo is an inhibitor of mitogen-activated protein kinase kinases 1 and 2 (MEK1/2) proteins, the upstream regulators of the extracellular signal-related kinase (ERK) pathway.

In July 2017, AstraZeneca and MSD entered into a global strategic oncology collaboration to co-develop and co-commercialise cancer therapies Koselugo and Lynparza.

The drug is approved in the US and numerous other countries for the treatment of paediatric patients with NF1 and symptomatic, inoperable PN.

AstraZeneca oncology business unit executive vice president Dave Fredrickson said: “As the first medicine approved in the EU for patients with neurofibromatosis type 1, Koselugo has the potential to transform the way plexiform neurofibromas are managed and treated.

“The SPRINT data showed that Koselugo not only shrank tumours in some children, but also reduced pain and improved their quality of life.”

MSD Research Laboratories senior vice president and global clinical development head Roy Baynes said: “Before this approval, surgery was the only treatment option for children in the EU with neurofibromatosis type 1 plexiform neurofibromas.”

The EC approval is based on results from the Phase 2 SPRINT Stratum 1 trial, in which Koselugo reduced the size of inoperable tumours and pain while improving the quality of life.

The trial was sponsored by the National Institute of Health’s NCI and CTEP programmes, and supported by the Neurofibromatosis Therapeutic Acceleration programme, and the Children’s Tumour Foundation.

Safety and efficacy data from the Phase 2 SPRINT trial with extended follow up is anticipated to be provided as one of the conditions of approval.

The collaboration aims to begin the clinical trials of Koselugo in adult patients with NF1 PN, including an alternative age-appropriate formulation for paediatric patients, this year.

SPRINT trial principal investigator Brigitte Widemann said: “For children with neurofibromatosis type 1, plexiform neurofibromas can grow and develop so significantly that, in some cases, it becomes debilitating.

“In the SPRINT trial, selumetinib shrank NF1-associated PNs in 66% of patients and showed clinically meaningful improvements in PN-related symptoms.”