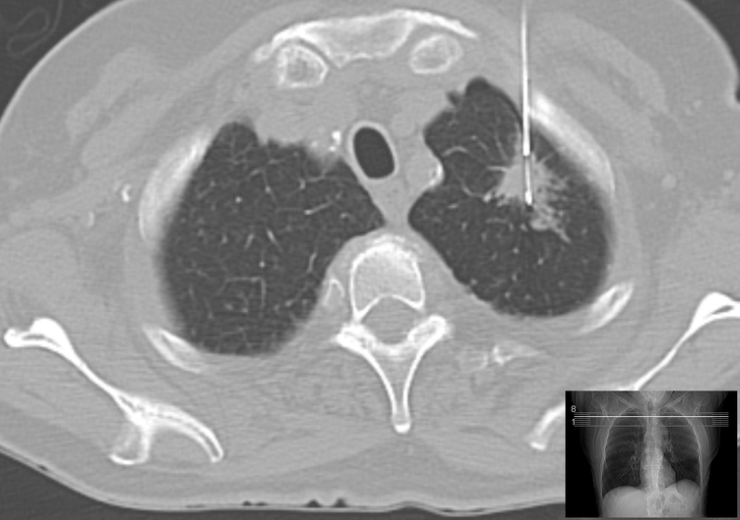 More people die from lung cancer than any other form of the disease globally each year, but an industry expert says new image-guidance technology means many sufferers could be diagnosed and treated earlier.

Surgeons can use high-quality computer screening to send real-time images of what a camera attached to a bronchoscope — a thin tube inserted into a patient’s airways — is picking up.

Speaking ahead of Lung Cancer Awareness month, Tabaksblat said: “Several centres around the globe are implementing this pioneering approach with the aim to bypass a long journey to treatment and avoid gruelling open surgery for a significant number of patients.

“The knowledge and the technology are now available to diagnose and treat lung cancer earlier, more accurately and less invasively than ever. It’s now time to move the needle and make a difference.”

Tabaksblat said the numbers behind lung cancer diagnoses are “stark and sobering”, with more than two million people around the world diagnosed with lung cancer in 2018.

He added: “More than 80% of lung cancer patients will survive for at least a year if diagnosed at an earliest stage, compared to around 15% for people diagnosed with the most advanced stage of disease.

“Today, the majority of patients are diagnosed at a late stage, with a minimal chance of surgical cure.”

The accuracy of diagnoses made using regular bronchoscopy is less than 50% for tumours less than 2cm in size, according to Tabaksblat.

Because of this, patients will often require follow-up visits and alternative biopsy techniques reducing the likelihood of an early diagnosis.

But new methods of video-assisted bronchoscopy, which use cone beam imaging — a relatively new type of screening allowing medical professionals to see clear, detailed three-dimensional images inside the body — have the potential to more accurately identify cancerous tumours deep in the lungs.

A biopsy tool can also be threaded through the bronchoscope to take a tissue sample from the tumour and determine whether or not it is malignant.

Another thin tube called an ablation catheter can then inserted through the bronchoscope towards the tumour, using microwaves to heat and destroy it.

Cone beam imaging also allows surgeons to monitor and confirm in real-time that this procedure has been successful.

Tabaksblat said it is time for a “paradigm shift” in lung cancer treatment, adding that the new image guidance technology being increasingly adopted in clinical practice are “expected to start a new era” in the field.