Pre-exposure Prophylaxis: A closer look at the treatment driving declining HIV transmission in the UK 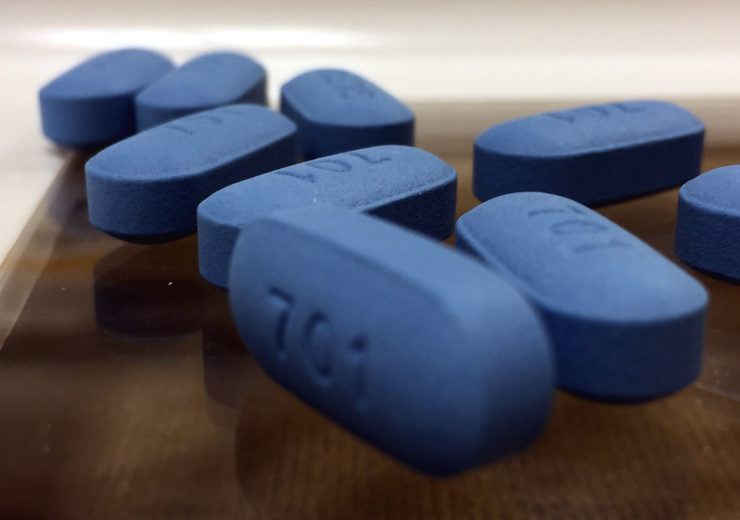 AIDS was one of the most deadly global diseases at the turn of the century, but improved awareness and new treatments have led to dramatic falls in HIV transmission rates across the UK and other developed countries. Jamie Bell takes a look Pre-exposure Prophylaxis — the preventative medication that has played such a key role in controlling the epidemic.

The previous decade has seen a significant decline in new cases of HIV (human immunodeficiency virus) infection among gay and bisexual men across the UK.

Public Health England recently revealed figures showing a 71.4% decrease in transmission of the disease — falling from 2,800 cases in 2012 to an estimated 800 in 2018.

UK health secretary Matt Hancock has described this as “incredible progress” towards completely ending the spread of HIV in the country by 2030.

This rapid decline is largely attributable to a scale-up in strategic interventions — known as combination prevention — designed to raise awareness of the disease and prevent its transmission.

Along with increased use of condoms and HIV testing in a wider variety of settings, combination intervention includes the availability of Pre-exposure Prophylaxis (PrEP),  taking a daily pill to reduce the risk of contracting the virus.

The first cases of HIV among humans are thought to have been in the Democratic Republic of Congo in the early 20th century, when humans came into contact with animal blood while hunting chimpanzees.

The virus gradually spread across the rest of the world, becoming increasingly prevalent in the US, Canada and Europe throughout the 1970s and 1980s.

In 1984 it was identified by scientists as the cause of AIDS (acquired immune deficiency syndrome).

By 1999, AIDS was the fourth biggest cause of death worldwide — the peak of the epidemic— according to the World Health Organisation (WHO). About 33 million people were living with HIV at the turn of the century.

The WHO says HIV/AIDS has killed more than 35 million people to date, with about double that number being infected with the disease.

Originally, the US Food and Drug Administration (FDA) only approved a drug named Truvada for use in treating adults and children of 12 or older who were already infected with HIV.

In July 2012, the FDA approved its use as a daily prescription medicine to be taken by HIV-negative people at risk of exposure to the disease — a treatment method referred to as PrEP.

Following the FDA’s approval, WHO recommended the drug was safe and effective, and could reduce the likelihood of gay men and transgender women contracting the virus.

It has since expanded this advice to say that anyone with an increased chance of contracting HIV should use PrEP — including those at risk through regular intravenous drug use.

Over the past eight years, several countries including the US, Canada and Australia have recommended the use of PrEP.

In 2016, the European Medicines Agency (EMA) also approved the use of the medicine in the European Union (EU).

How does PrEP work?

PrEP medication is typically made up of tenofovir and emtricitabine — two drugs commonly used to treat HIV-positive people.

UK charity the Terrence Higgins Trust says taking PrEP regularly means there’s enough of the drug in the patient’s body to block the virus if it enters the bloodstream.

Although it is a preventative antiviral medication, it works differently to a vaccine.

A vaccination teaches the body to fight off a disease over a number of years — before wearing off — whereas PrEP tablets must be taken regularly throughout the patient’s lifetime to remain effective. It does not enable the body to build up its immunity.

An end to HIV transmission in the UK?

US public health institute The Centers for Disease Control and Prevention says studies have shown PrEP to reduce the risk of sexually-transmitted HIV by close to 99% when taken daily.

It also states that PrEP can decrease the risk of contracting HIV when injecting drugs by 74%.

While PrEP is freely available for people at high risk of HIV in Scotland and Wales, patients in England and Northern Ireland are still waiting for the same access.

A three-year impact trial conducted by Public Health England and the NHS, which began in October 2017, has given 26,000 participating patients in England access to PrEP via clinical trials.

The Department of Health in Northern Ireland has also started offering the drug to patients through a pilot study.

However, the eligibility, uptake and duration of use, and the impact PrEP on HIV and other sexually-transmitted illnesses (STIs) is being assessed before everyone at increased risk of contracting the virus is given access to it.

This has led to campaigners — most notably UK charity I Want PrEP Now and the Terrence Higgins Trust — urging the government to speed up the process of trialling PrEP and make it available through the NHS.