The US FDA has granted BTD for Enhertu based on results from the DESTINY-Breast03 trial, in which Enhertu reduced the risk of disease progression or death 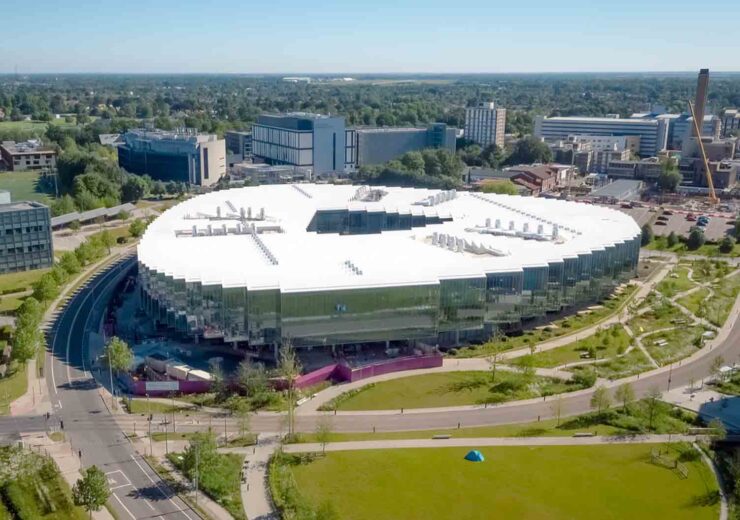 AstraZeneca has received the US Food and Drug Administration (FDA) breakthrough therapy designation (BTD) for Enhertu (trastuzumab deruxtecan) to treat a type of breast cancer.

The drug has been indicated for treating unresectable or metastatic HER2-positive breast cancer in adults, who previously received one or more prior anti-HER2-based regimens.

In March 2019, the two pharmaceutical companies reached a collaboration agreement for the joint development of Enhertu, along with datopotamab deruxtecan in July last year.

AstraZeneca oncology R&D executive vice president Susan Galbraith said: “This is an important step in bringing Enhertu as a potential new option in earlier lines of treatment for HER2-positive metastatic breast cancer, given the urgent need to improve outcomes.

“This recognition by the FDA underscores the transformative possibility of Enhertu seen with the remarkable DESTINY-Breast03 results presented at ESMO just two weeks ago.”

The US FDA has granted BTD based on data from the Phase 3 DESTINY-Breast03 trial, which enrolled around 500 patients in Asia, Europe, North America, and South America.

The trial assessed the safety and efficacy of Enhertu in HER2-positive breast cancer patients, previously treated with trastuzumab and a taxane, compared to T-DM1.

Progression-free survival (PFS) based on blinded independent central review was the primary efficacy endpoint of the Phase 3 trial.

Its secondary efficacy endpoints include overall survival, objective response rate, duration of response, PFS based on investigator assessment and safety.

In the DESTINY-Breast03 trial, Enhertu showed a reduction in the risk of disease progression or death by 72%, compared to T-DM1.

“With the unprecedented data recently reported from the DESTINY-Breast03 trial, we look forward to working closely with the FDA to bring Enhertu to patients who have been previously treated for HER2-positive metastatic breast cancer as soon as possible.”

Enhertu was previously approved in the US, Japan, the EU and several other countries, for a similar indication, based on the results from the DESTINY-Breast01 trial.