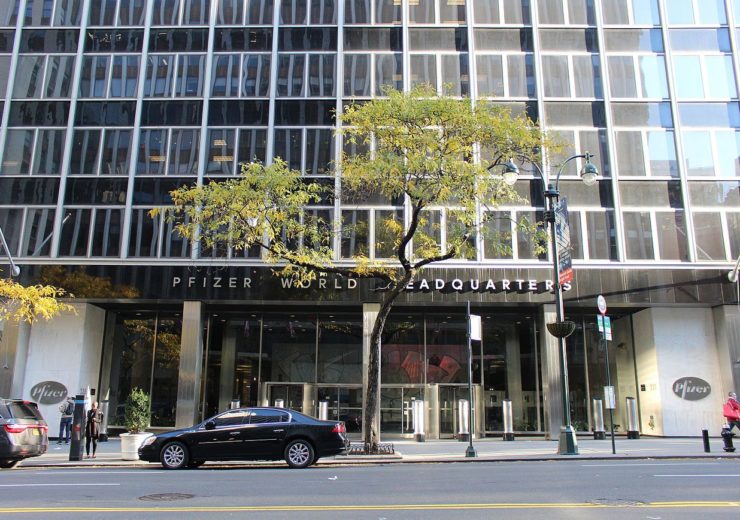 Pfizer to scrap the JAVELIN Head and Neck 100 study evaluating avelumab in addition to CRT in LA SCCHN (Credit: Coolcaesar/Wikipedia.org)

EMD Serono, the biopharmaceutical business of Merck, and Pfizer have decided to terminate the Phase III JAVELIN Head and Neck 100 study as it established that avelumab (Bavencio) in addition to chemoradiotherapy (CRT) is unlikely to deliver the desired result.

The study was evaluating Bavencio in addition to CRT in comparison to standard-of-care CRT in patients having untreated locally advanced squamous cell carcinoma of the head and neck (LA SCCHN).

An independent data monitoring committee (DMC) recommended the companies to scrap the study because it was unlikely to show a statistically significant improvement in the primary endpoint, which was progression-free survival (PFS) based on a preplanned interim analysis.

A detailed analysis of the study is being carried out and results will be shared with the scientific community.

The randomised, double-blind, placebo-controlled, parallel-arm study included a total of 697 patients who had not received previous therapy for locally advanced SCCHN and were eligible for CRT with curative intent.

In November 2014, Merck and Pfizer had entered into a strategic alliance to jointly develop and commercialise MSB0010718C (presently called avelumab) in a deal valued at $2.85bn.

The anti-PD-L1 antibody was originally developed by Merck as a potential treatment for various types of cancer.

Bavencio in combination with axitinib has approval in the US for the first-line treatment of patients having advanced renal cell carcinoma (RCC).

In the US, the drug has accelerated approval for the treatment of metastatic merkel cell carcinoma (mMCC) and also in a certain patient population that has locally advanced or metastatic urothelial carcinoma (mUC).

Currently, avelumab is approved for patients with MCC in 50 countries across the globe, with most of these approvals in a broad indication that is not confined to a specific line of treatment.

In preclinical models, Bavencio has been shown to engage the adaptive and also the innate immune functions. By preventing the interaction of PD-L1 with PD-1 receptors, avelumab is said to have shown to release the suppression of the T cell-mediated antitumor immune response in preclinical models.