Deciphera gets Health Canada nod for Qinlock to treat GIST

The regulatory authorisation indicated Qinlock for the treatment of advanced gastrointestinal stromal tumour in adult patients who received prior treatment with imatinib, sunitinib and regorafenib 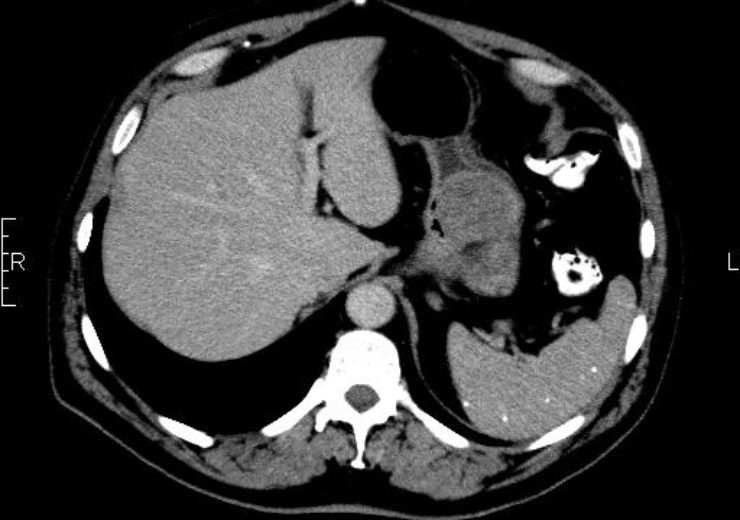 CT image of a GIST in the gastric cardia. (Credit: Jto410/Wikipedia.)

The regulatory authorisation indicated Qinlock for the treatment of advanced gastrointestinal stromal tumour (GIST) in adult patients who received prior treatment with imatinib, sunitinib and regorafenib.

Qinlock is a tyrosine kinase switch control inhibitor designed to inhibit KIT and PDGFRα mutated kinases by leveraging a dual mechanism of action that regulates the kinase switch pocket and activation loop.

“We would like to thank Health Canada for their collaboration during the review process and we look forward to bringing this important new therapy to patients in Canada.”

The biopharmaceutical company has secured the US FDA approval for Qinlock in May 2020, to treat advanced GIST in adults who have received prior treatment with 3 or more kinase inhibitors, including imatinib.

Health Canada has approved the company’s New Drug Submission for Qinlock under Project Orbis, an initiative of the FDA’s Oncology Center of Excellence to facilitate a framework for synchronised submission and review of oncology products among international partners.

In the clinical study, the drug has shown a median progression-free survival compared to the placebo arm and reduced the risk of disease progression or death.

In addition, Qinlock demonstrated a median overall survival of 15.1 months compared to 6.6 months in the placebo arm and reduced the risk of death by 64% (hazard ratio of 0.36).