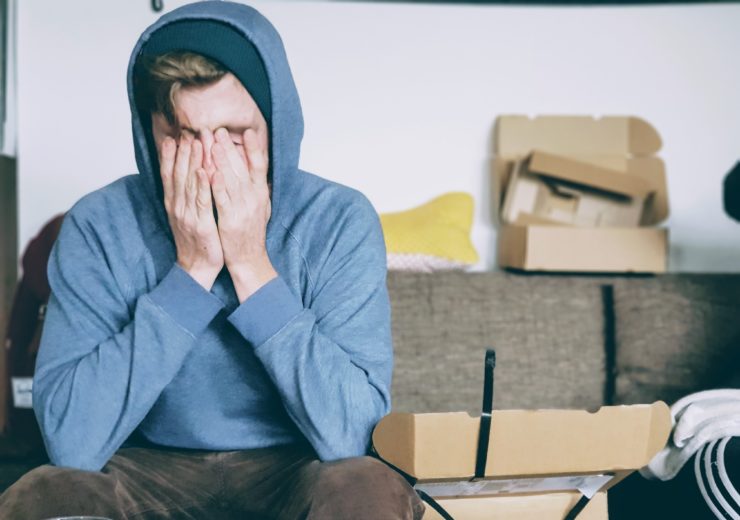 In 2018, a YouGov poll found 74% of people in the UK had been so stressed they felt overwhelmed or unable to cope in the past year (Credit: Christian Erfurt/Unsplash)

BioBeats’ stress management technology has been shown to improve mental health and cut the time employees spend off work by 31%, according to research by the company

In a study with an unnamed pharmaceutical firm, the healthtech company used its AI-powered smartphone app and wearable health monitoring device to reduce stress-related absences to zero.

David Plans, CEO of the UK-based start-up, claimed that as well as improving the well-being of its users, this is beneficial to employers as they pay for fewer sick days, and their staff will be more productive.

He said: “For us it’s incredibly significant because we’ve worked for years to try to understand how AI can be used in helping people fight stress and anxiety.

“Other than asking employees, the only way we can assess this is by looking at absences.

“This study gives us the understanding that we have made them better in a measurable way — which is something we have been trying to do for a long time. And now we have clear results.”

The device connects to a smartphone app called BioBase, which then analyses this real-time data using an AI algorithm, and turns it into relevant information for the user.

By deploying AI, the app can personalise the advice it gives users on areas of their lifestyle to improve or optimise.

The BioBase app can also detect when stress levels are becoming too high.

In doing this, BioBeats’ claims its technology can identify and help prevent physical health complications, such as stroke or heart attack, as well as mental health conditions including depression and anxiety.

The participants, all of whom worked for an undisclosed UK-based pharmaceutical firm, used BioBeats technology daily throughout the study.

CEO Plans said it was important for all the employees to continue using the BioBeats app and wearable device outside of work — including overnight — because good sleep is central to stress management.

After its study, BioBeats found that the average length of absences from work had been reduced by 31% — from an average of 3.07 days to 2.11 days — when compared to the same five-month time period in 2018-2019.

The company estimates that this reduction in the length and number of staff sick days had resulted in a 54% decrease in costs for employers.

BioBeats also claims the study found that none of the absences being taken by the participants were due to stress or anxiety, with musculoskeletal problems and gastric issues such as diarrhoea and vomiting the main reasons behind sick days.

According to Plans, BioBeats’ technology has previously shown a 16.5% decrease in anxiety during clinical trials, too.

Plans said the biggest problem in dealing with the demands of any job — and therefore managing stress — is feeling in control.

He added: “We found that, over and over again, the amount of control you have is actually much more of an indicator of stress than anything else.

“And, because we had engineered the technology to deal with that, a lot of people came back feeling a lot more in control and saying ‘I feel more resilient’.”

Following the study, Plans said that several participants had told BioBeats their sleep had improved after using the company’s stress management technology.

He added: “It’s encouraging to see that we can actually effect enough change in people’s lives. Because they are sleeping better, they also feel better.

“So, there’s a serious cost-saving to the employer and, more importantly for us, we are helping people as well.”