The sale of brazikumab and Zenpep is expected to be closed, subject to receipt of US Federal Trade Commission and European Commission approval 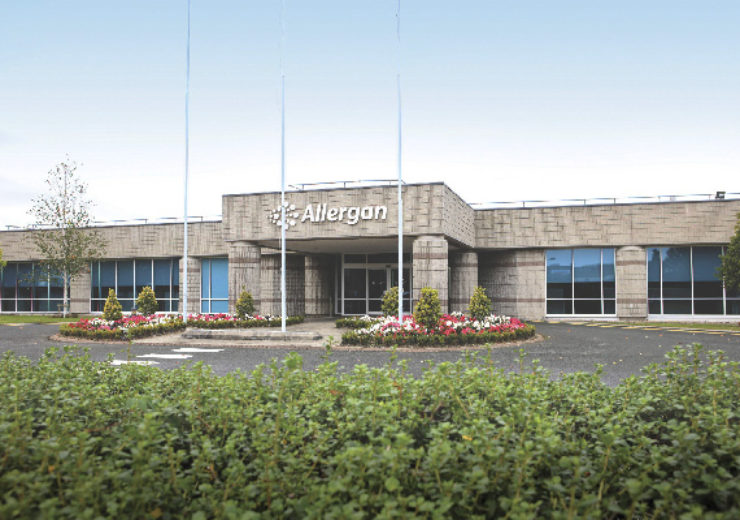 Allergan agreed to divest its rights to Brazikumab and Zenpep. (Credit: Allergan.)

Irish pharmaceutical company Allergan has agreed to divest its rights to brazikumab (IL-23 inhibitor) to AstraZeneca and gastrointestinal medication Zenpep to Nestle.

The divesture is aimed at complementing the ongoing regulatory approval process for the company’s acquisition by AbbVie, for an equity value of approximately $63bn, announced in June 2019.

“Allergan’s commercial and R&D teams have invested so much of themselves into the development of brazikumab and the commercialization of Zenpep, and these divestiture agreements will enable that work to continue following the close of our planned acquisition.”

Zenpep is a medication intended for Exocrine Pancreatic Insufficiency (EPI) patients, who cannot digest food properly due to insufficient enzymes from pancreas, to break down fat, protein, and carbohydrates.

In addition to the full operational ownership of Zenpep, Nestle will also acquire Viokace, a pancreatic enzyme preparation, as part of the same transaction.

Brazikumab is under development for Crohn’s disease and ulcerative colitis

Brazikumab is a monoclonal antibody that binds to the IL23 receptor and is under development for Crohn’s disease (CD) and ulcerative colitis (UC) with a companion biomarker.

Under the termination agreement, Allergan will fund an agreed amount that equals the total costs to be incurred by AstraZeneca for the development of brazikumab, along with a companion diagnostic.

Amgen and AstraZeneca have signed a collaboration agreement in 2012, to jointly develop and commercialise a clinical-stage inflammation portfolio.

Pursuant to the agreement, Amgen will receive a high single-digit to low double-digit royalty on sales of brazikumab, following the approval and commercial launch.

The sale of brazikumab and Zenpep is expected to be closed, subject to receipt of US Federal Trade Commission and European Commission approval, the closing of AbbVie’s pending acquisition of Allergan and the satisfaction of other customary closing conditions.

In another deal, AstraZeneca has agreed to divest the global rights to its hypertension medicines to Atnahs Pharma for an upfront payment of $350m.

AstraZeneca BioPharmaceuticals R&D executive vice president Mene Pangalos said: “We’re pleased to bring brazikumab back into the AstraZeneca pipeline. With our expanding presence in immunology, there is an opportunity to address a significant unmet need in inflammatory bowel diseases where the majority of patients are unable to achieve clinical remission with current treatment options.”