The data from interim post-authorisation study showed an overall performance of 93.3% sensitivity and 98.4% specificity for ID NOW rapid Covid-19 test 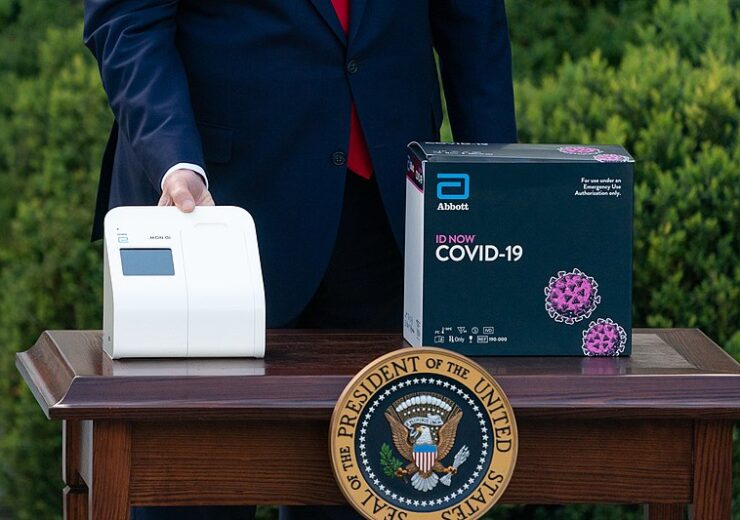 Abbott has unveiled new interim analyses from the study results of its rapid Covid-19 test ID NOW, which showed an overall sensitivity of 93.3% and specificity of 98.4%.

Initially launched in 2014, ID NOW is a molecular point-of-care platform, designed to facilitate Influenza A and B, Streptococcus A and RSV testing in the US.

Abbott president and chief executive officer Robert Ford said: “We recognise there is a lot of discussion about testing and ID NOW, and we want to make sure the public has the facts and real-world data.

“The facts we’re seeing from one of the largest clinical studies of any Covid-19 test, conducted at some of the nation’s leading academic centres, show that ID NOW delivers effective, consistent and reliable performance.”

The company’s interim analysis includes the results from the post-authorisation study of its ID NOW, in a total of 1,003 people across acute care, and in-patient care environments, in urgent care clinics and hospitals and nursing homes respectively.

Along with the post-authorisation data, the company has offered updates to the three studies including a multi-site urgent care study, Everett Clinic study, and an in-patient study, covered in its previous interim study.

Furthermore, the in-patient care study conducted in a total of 518 symptomatic patients, at hospitals and nursing homes showed 79.8% sensitivity and 94.3% specificity.

Abbott diagnostics business applied research and technology divisional vice president John Hackett said: “In the beginning of the pandemic, the scientific community had to rely on samples and modelling to predict test performance.

“But now we have a significant body of real-world, clinical data that support the critical role ID NOW is playing in identifying infection rapidly in places where people show up for care. Tests are taken at a moment in time and they detect the virus once there’s enough viral material in a person to be able to detect it.

“While there’s no perfect test, to fight a pandemic, we need a combination of gold standard lab-based PCR and accurate, reliable rapid tests like ID NOW to help reduce risk in society and slow the spread of the virus.”