How the pandemic changed vaccine production forever with governments, industries and suppliers all working together. 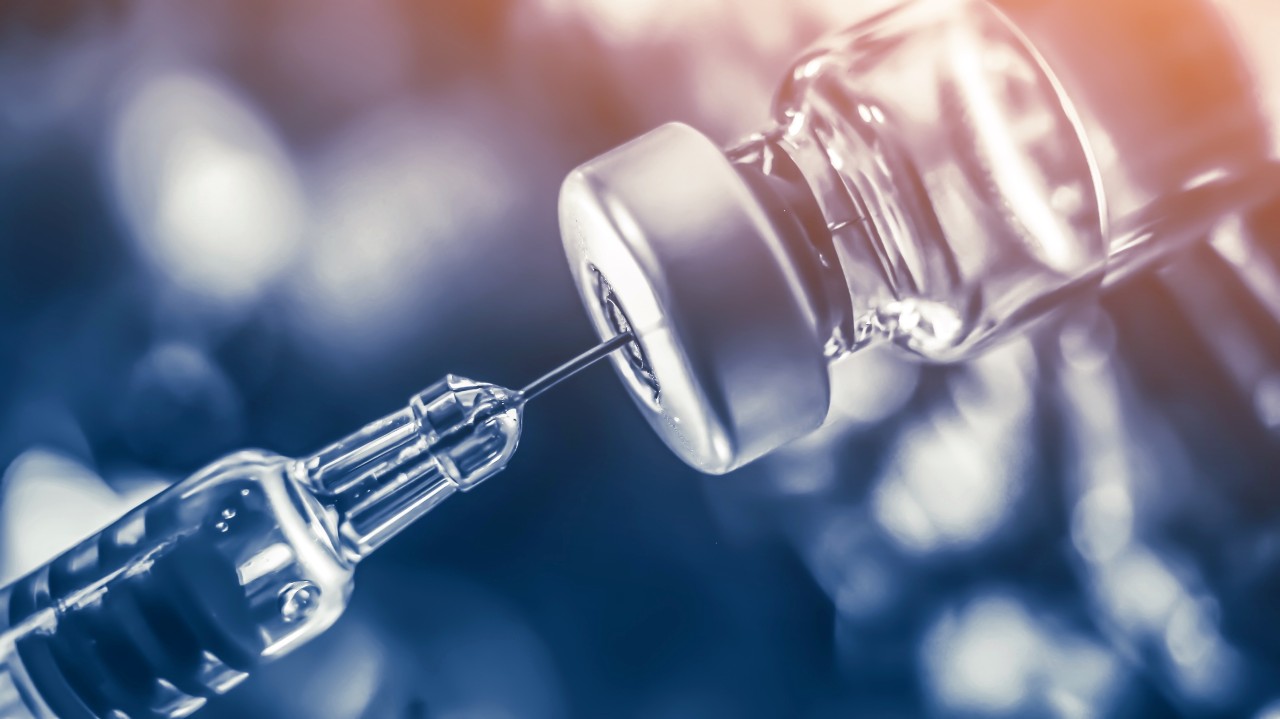 The next generation of vaccines could move faster than pre-pandemic, thanks to the changes to the supply chain. (Credit: Numstocker/Shutterstock.com)

The lockdowns of 2020 and beyond led to economic disruption on a scale not seen outside of wartime, and the imperative to reduce some of this damage led to the fastest vaccines ever produced. But now the world has discovered what’s possible with governments, industries and suppliers all working towards the same goal – will vaccine production change forever? Monica Karpinski asks Kevin Sample, senior consultant at GHX, and Carlos Cordon, professor of strategy and supply chain management at IMD business school.

Before the coronavirus pandemic, the vaccine supply chain was running just fine. It was known, more or less, how many people would be taking them each year, and the system in place to provide them would do so without putting too much pressure on any one element of the chain. When Covid-19 struck, all of that went out of the window. Vaccines were now needed in unprecedented supply and as quickly as possible in countries all over the world.

The usual processes for creating a vaccine can take up to 15 years from development to distribution – but the world didn’t have that sort of time. It took a Herculean collaboration of many moving parts to pull it off, but under the revised system the first vaccines were available in under a year.

At the beginning of March 2021, 413 million doses had been produced, but capacity had to increase dramatically, with analytics company Airfinity data predicting an increase in output to 9.5 billion by the end of the year.

According to Oxford University’s Our World in Data project, the number of Covid-19 vaccine doses administered worldwide is 8.47 billion. To drive home just how significant this rise in production is, before the pandemic the annual worldwide production of all vaccines combined was five billion doses.

What do these extraordinary changes to the supply chain mean for the next generation of vaccines? Things will probably move faster than they did pre-pandemic, but it really depends, say supply chain experts Kevin Sample, senior consultant at GHX, and Carlos Cordon, professor of strategy and supply chain management at IMD business school.

Various forces had to align to get the supply chain in shape for the Covid-19 vaccines, and so too will they in future if the world wants to maintain that same speed and volume.

“I think the work that’s been done over the last two years has really boosted forward how you go from zero to vaccine in a very short time,” says Sample. “[But] because of the exceptional circumstances [during Covid-19], I think a lot of exceptional things happened to make it work at
that level.”

Phases of a clinical trial are usually run in a sequence, one after the other. This can take up to seven years, with production typically starting after trials have ended and the drug has been approved. But thanks to some calculated risk-taking, this process took a matter of months for Covid-19 vaccines.

Pharmaceutical companies would generally ‘play it safe’ and build a supply chain once a product was, or was close to, being approved, says Cordon. This minimises the risk of loss because if you’ve already started manufacturing but the drug isn’t approved, you lose not only the doses you’ve made but the time and money it took to make them.

During the pandemic, the need for vaccines was so acute that companies decided to risk these losses in order to speed things up. Of course, it helped that government programmes like Operation Warp Speed in the US and the UK’s Vaccine Taskforce were willing to shoulder some of that risk, allocating billions in funding to companies with vaccine candidates.

The result was that clinical trials were run in parallel, with later phases beginning before the previous ones had finished and production starting before the vaccines were approved. This was a sort of ‘educated bet’ that the drug would be successful, so that everything was in place for it to be rolled out as soon as possible after approval.

Could this speed be replicable for future vaccines? Maybe, says Cordon. “We have been so conservative in the past… I think in future, vaccines are going to be made faster and we might go back to ‘gambling’ in the sense of saying: let’s build the facilities, let’s build the capacity, even if we are not sure [that a drug will be approved].”

The degree to which a pharma company is willing to ‘gamble’ to get a vaccine out quickly, then, will be a question of commercial risk weighed against the urgency of patient need — which is tricky to predict for drugs that don’t exist yet.

An important piece of the puzzle in the development of Covid-19 vaccines was also the previous knowledge of existing technology for the other coronaviruses SARS-CoV and MERS-CoV. Because of this, the discovery phase – an exploratory preclinical phase – was skipped, shaving years off the development time.

This may not be possible for future vaccines using novel technologies and, therefore, they’ll likely take longer to develop, says Cordon. This might affect the decision to pursue a certain drug if under time pressure, he adds.

It typically takes one to two years for a regulator to review and approve a vaccine, but during the pandemic this process was shortened to one to two months. This was made possible by regulators revising their processes to authorise the emergency use of vaccines.

One such revision, as seen with the European Medicines Agency (EMA), was allowing pharma companies to submit data on a rolling basis and officially apply for approval using their previous submission. Lead times for other parts of the usual procedures, such as publication of assessment reports, were also shortened.

“Obviously all of the checks and balances have to remain in place,” says Sample. “But I think some of the unnecessary bureaucracy was put to one side to help expedite the process.”

If this fast-track procedure doesn’t compromise on safety, why did the process take so long in the first place? “In the future, people are going to ask questions,” says Cordon. “Why are we going to go back to the other process, if the new process has proven much faster and much better for people?”

Cordon predicts that vaccine supply chains, which are global in nature, will become more regional in future – and one of the reasons why is the potential for faster approval. “If something is made in the EU, it’s much faster to get [approvals] then it is for something that’s made outside,” he says.

However, regulators are traditionally very conservative and whether they will maintain their sped-up processes without the urgency of the pandemic is another question, he adds.

Ultimately though, he expects that we will see some change. “I think in the future, the vaccines are going to be made faster… because the approvals process is going to be faster.”

The impact of scaling up vaccine production

An industrial ramp-up of the magnitude seen during Covid-19 called for extra resources and expansion of facilities to support both the production and fulfilment parts of the chain. But it might not be possible to maintain this capacity once this pandemic is over, says Sample.

Extra facilities and expansion cost money, which, in part due to government support, wasn’t an object in this time of crisis, he adds. In non-emergency times, though, it may be more of a sticking point.

“Money will become a factor eventually,” Sample says. “Organisations such as AstraZeneca and Pfizer won’t want to be producing and selling stuff at cost. Once we are at that stage where Covid-19 is being managed globally… maybe they’ll want to bring some profit in on the back of that.”

The sheer scale of production has also created supply challenges that could affect the production of other drugs. The supply chain is already seeing bottlenecks, such as shortages of borosilicate glass, which is used to make the vials the vaccines come in, says Sample.

“We have to consider that this isn’t just about vaccines, because these facilities are able to produce other types of drugs and treatments. While you may be producing vaccines to save lives as Covid-19 vaccines have, the flip side of that is that you have a lot of people who become increasingly ill or die from other things, and that model needs to be continually reviewed to make sure that you’re not doing more harm than good.”

Cordon adds that, because the increased manufacturing capacity was only designed to be temporary, these new ways of working aren’t likely to carry on for the next generation of vaccines. “We were going to use that capacity for a short time, at full,” he says. “That is why many companies weren’t concerned about building something that was going to last.”

While both Cordon and Sample believe that future vaccines will be available faster than they were before Covid-19, there are plenty of variables at play as to how fast this could feasibly happen. How quickly a given vaccine can be developed is not only a question of approvals and logistics, but also of commercial strategy: how much risk are pharmaceutical companies willing to take on to get a drug out faster?

Probably a bit more than before, says Cordon. “I always said that pharma companies are a big casino, because they bet on several active ingredients. That part was always in product development, it was almost never in the supply chain. And now, for the first time, we are taking those bets in the supply chain too.”

Deadly measles outbreaks on the rise