In the lead up to International Women's Day 2020 (8 March), Jamie Bell looks at seven of the most influential women in major healthcare roles right now 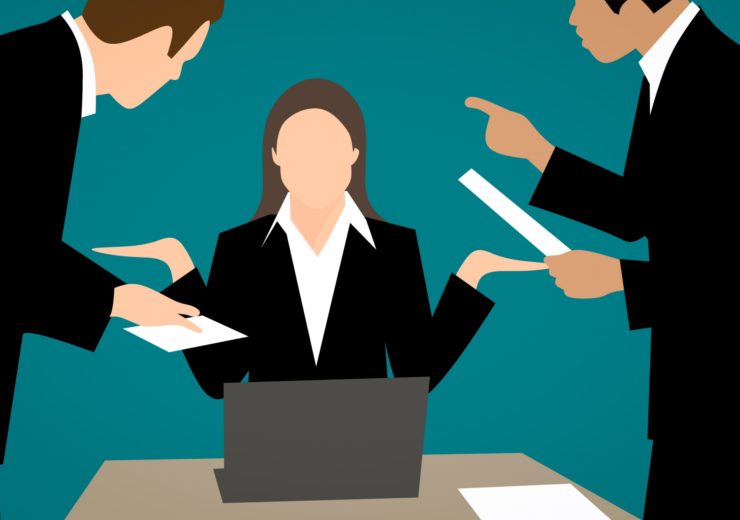 Several reports over the past few years have revealed a significant shortage of women in the highest positions across the healthcare industry.

According to the US Bureau of Labor Statistics, nearly 80% of healthcare workers are women — yet they hold fewer than 20% of all key leadership roles.

In 2019, research by Women Count — an organisation set up to tackle gender inequality — found that just 26% of people on the executive committees of UK pharma companies are female.

There’s a similar story in the medtech sector. According to analysis by American magazine Medical Design & Outsourcing, just 18% of executives at the 100 largest medical device companies in the US are women.

Despite these statistics, there are a number of hugely influential women in the healthcare industry right now — from CEOs of major companies, to leaders of organisations tackling the biggest public health issues in the world.

In the lead up to International Women’s Day 2020 (8 March), we’ve taken a look at seven female bosses in the healthcare sector right now.

She joined GSK in 2010 and was initially responsible for consumer healthcare in Europe.

Walmsley is also the former general manager for consumer products at L’Oreal China — where she worked for 17 years — and she joined the Microsoft board as an independent director in December 2019.

In February 2020 she was in charge as GSK announced it would be collaborating with Norway-headquartered global alliance Coalition for Epidemic Preparedness Innovations (CEPI) to find a vaccine for the novel coronavirus outbreak.

US businesswoman Gail Koziara Boudreaux has been the president and CEO of American health insurance firm Anthem since November 2017.

She has also been a board member at Zimmer Biomet — one of the world’s biggest medical device companies — since 2015, having also previously been CEO of UnitedHealthcare, which is part of the US-based insurance giant UnitedHealth Group.

In 2019, Boudreaux was named by American magazine Fortune as the fifth most powerful woman in business.

In June 2019, Amanda Pritchard was named chief operating officer (COO) of the NHS in the UK — having joined the health service in 1997 via its graduate management training scheme.

Before this, she also held a variety of management posts at NHS hospitals across the country, and was previously the health team leader for then-Prime Minister Tony Blair’s public service delivery unit in 2006.

As COO, Pritchard oversees the operational performance of the UK health service, and heads-up the healthcare transformations set out under the NHS Long Term Plan.

She is also chief executive of Guy’s and St Thomas’ Hospital NHS Foundation Trust in London.

Anne Blackwood has worked at Health Enterprise East (HEE) — an innovation hub for the NHS in the UK — for 15 years, and became CEO in 2010.

In her time at HEE Blackwood has helped to take more than 125 new medical technologies to the commercial market, many of which are used within UK healthcare services today.

She is also a director at UK-based medical device company Ablatus Therapeutics, and the chairperson of Medovate — a company that invests in and develops new medical technologies created within the NHS.

Hungarian national Dr Zsuzsanna Jakab is the deputy director-general of the World Health Organisation (WHO), having been appointed in March 2019.

Prior to this, she was based in Copenhagen, Denmark as the regional director for the WHO in Europe, holding this position for nine years.

Before that, Jakab, who was also Hungarian health minister between 2002 and 2005, founded and directed the EU’s European Centre for Disease Prevention and Control (ECDC).

Under her leadership, the ECDC became an “internationally respected centre of excellence in the fight against infectious diseases” — according to the WHO.

Dr Anne Schuchat was appointed principal deputy director of the Centers for Disease Control and Prevention (CDC) in September 2015.

During her tenure, she has also served as the acting director for the CDC on two occasions — both under President Donald Trump — for six months in 2017 and two months in 2018.

Schuchat worked in the public health service sector of the American military for more than 30 years and was involved in battling the 2009 flu pandemic, the SARS outbreak of 2003, and the 2001 bioterrorist anthrax attack.

However, she retired from this position in 2018 at the rank of rear admiral — one of the highest positions available in the US public health service commissioned corps.

She also joined the company’s board, and was appointed chief financial officer (CFO) in 2014.

Before this, Matchett also worked for UK-based accounting giant Deloitte in Switzerland, and, more recently, and Dutch accounting firm KPMG in the UK.