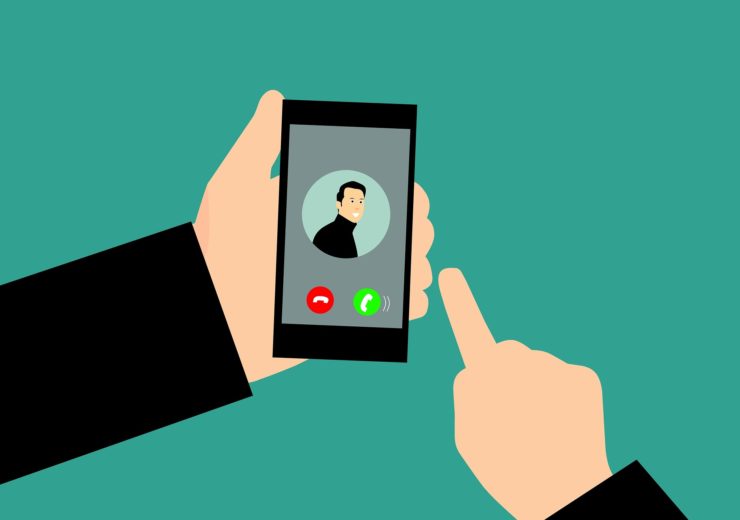 Visionable says its video streaming systems provide clinicians with a toolbox, allowing them to do whatever they want on a single platform (Credit: Pixabay)

Facilitating live video calls between specialist doctors and paramedics at the scene of a medical emergency will be key as Visionable attempts to create a 5G-connected ecosystem in UK healthcare. Jamie Bell speaks to CEO Alan Lowe after the start-up received almost $12m in funding.

When a team of emergency paramedics are speeding to a patient suffering from a suspected stroke, they know every second could be precious when it comes to preserving life.

Once on the scene, the ambulance crew will work fast to confirm the diagnosis and decide the best course of action depending on the type of stroke.

There is a short space of time, often referred to as the “golden hour”, in which a stroke victim must receive the correct treatment to have the best chance of avoiding permanent disability or even death.

Any mistakes, oversights or delays when the paramedics arrive on the scene will only increase the risk of that time window evaporating, and decrease the chance of the patient making the optimum recovery.

The problem in these situations is that most paramedics don’t have the specialised expertise to make the important on-site calls, such as which drug should be administered or which alternative therapies should be pursued.

Yet, what if there was a way for a stroke specialist to fully connect with paramedics at the scene of an emergency call-out, and use their skills to boost the patient’s chance of recovery?

Aiming to answer this call is healthtech start-up Visionable, which is working with the UK’s NHS to trial the integration of its live video call technology into ambulances.

Using 5G-supported streaming, paramedics have been able to instantly connect with specialist doctors from the scene of an accident.

Visionable CEO and co-founder Alan Lowe says: “The high-quality video stream means whatever the paramedic is seeing can also be seen by a specialist.

“This has the potential to save patient lives because the specialist can observe the patient’s condition and make those important decisions about what needs to happen next.”

Along with improving clinical outcomes, Lowe believes Visionable can save the NHS £10m ($12.9m) annually by cutting unnecessary A&E admissions made by non-specialist paramedics erring on the side of caution.

He adds: “About 10% of patients who are taken to hospital following emergency call-outs don’t need to go — a specialist can now make that decision over whether or not the patient goes.”

Visionable has also used its video streaming tech to allow patients to effectively “FaceTime” their GP from home, reducing the amount of time and effort involved when they need multiple appointments and referrals.

The healthtech start-up is now looking to integrate several smart devices — from phones to wearables such as watches and even spectacles — into the healthcare system following its first funding round, worth £9.1m ($11.7m), in November 2019.

How is Visionable technology being integrated into the NHS?

Lowe previously managed front-line services at St Mary’s Hospital in London, before going on to lead the service improvement programme for NHS Westminster.

This gave him invaluable “in-the-trenches” experience of how the NHS operates, and allowed him to pinpoint the areas in which public health is struggling in the UK.

He says that because the company uses video streaming rather than video conferencing software, it is much easier to use, and has a lot more capabilities.

“It’s like a toolbox for clinicians — with other systems you end up with four or five different solutions, but we can do everything in one.”

Visionable’s tech has been designed specifically for use in a healthcare setting, and today more than 100 separate NHS organisations have used its video streaming software to deliver better patient care.

This includes the start-up’s collaboration with the East of England Ambulance Service to improve stroke treatment, which has already been used to assess more than 3,200 patients.

In these trials, 5G — a faster and more reliable upgrade from 4G network technology — has been used to connect paramedics to specialist doctors remotely during a simulated emergency call-out.

This means patients can effectively “Facetime” doctors from their own home — and because Visionable’s tech has been designed for use in a healthcare setting, clinicians have access to patient records, scans, and pathology images at their fingertips.

As well as being optimised for use by doctors, Lowe believes this is particularly useful for people who live far away from their GP surgery, and would otherwise have to spend a lot of time and money for a short appointment.

The fluid appointments mean patients can be connected to leading specialists, even if they are based on the other side of the world.

Lowe says Visionable’s technology has the potential to turn multiple in-person appointments in different locations over a period of weeks and months into a handful of digital consultations in a single day.

He adds that because these appointments are more convenient, patients are seeing their doctor at times when they wouldn’t have thought possible in the past.

Lowe believes the biggest barrier to more of the fluid GP appointments is the issue of loneliness — because many patients still feel they would rather speak with a doctor face-to-face.

While they are not yet being widely used in the UK’s NHS, Lowe believes that where there’s a real necessity for digital appointments, they will be integrated at pace.

How will the company’s recent £9.1m funding round be used?

The funding round was 50% oversubscribed, meaning significantly more money was raised than Visionable asked for or needed.

Now valued at £47.6m ($61.4m), Visionable will use this to continue its international expansion and invest in integrating more technologies into the NHS.

This includes 5G-integrated wearables, from smart watches to spectacles that allow doctors to observe a patient remotely through a projection on their glasses.

Lowe says it will also put the funding towards “showing the NHS the art of the possible”.

He adds: “We want to do this now — not in three or more years. Everyone else [in the industry] is telling the same story but I don’t think they’re practicing what they preach.

“But it’s almost like an organ donor— if the body rejects it, it doesn’t work.

“So we operate by asking the NHS what they need rather than telling them what to use.”

Lowe also believes anything that currently works in “the real world” right now —everyday technology in phones and cars — is probably about five years away from being used by the NHS because of the associated clinical restrictions.

Shortages in certain areas of healthcare and a lack of specialists has made patient care via the NHS something of a “lottery”, according to Lowe.

He adds: “Workforce shortage is the biggest problem affecting the NHS, but as a guaranteed service, 5G is a bit of a game-changer.

“The big thing will be the speed of how you access your healthcare, in a day, not in six months, and in 10 years you won’t be calling the system — the system will be calling you because of readings on your Fitbit, etc.

“For me, the future of healthcare is a 5G-connected ecosystem. The timeline for this is about three years but in reality it’s closer to 15 years away.”

Lowe also believes in the future patients will simply “load up their phones, say what they need, and then get back to their lives”.

However, he adds: “You are still going to need a person somewhere in that process — no matter how much healthcare changes, it will never be a purely digital industry.”