Use of biomarkers can help tailor diagnostics and treatments for patients

Adjusting treatments according to individual patients can be a painstaking process, but gathering biomarkers can make that tailoring much easier to implement – with potentially great results. 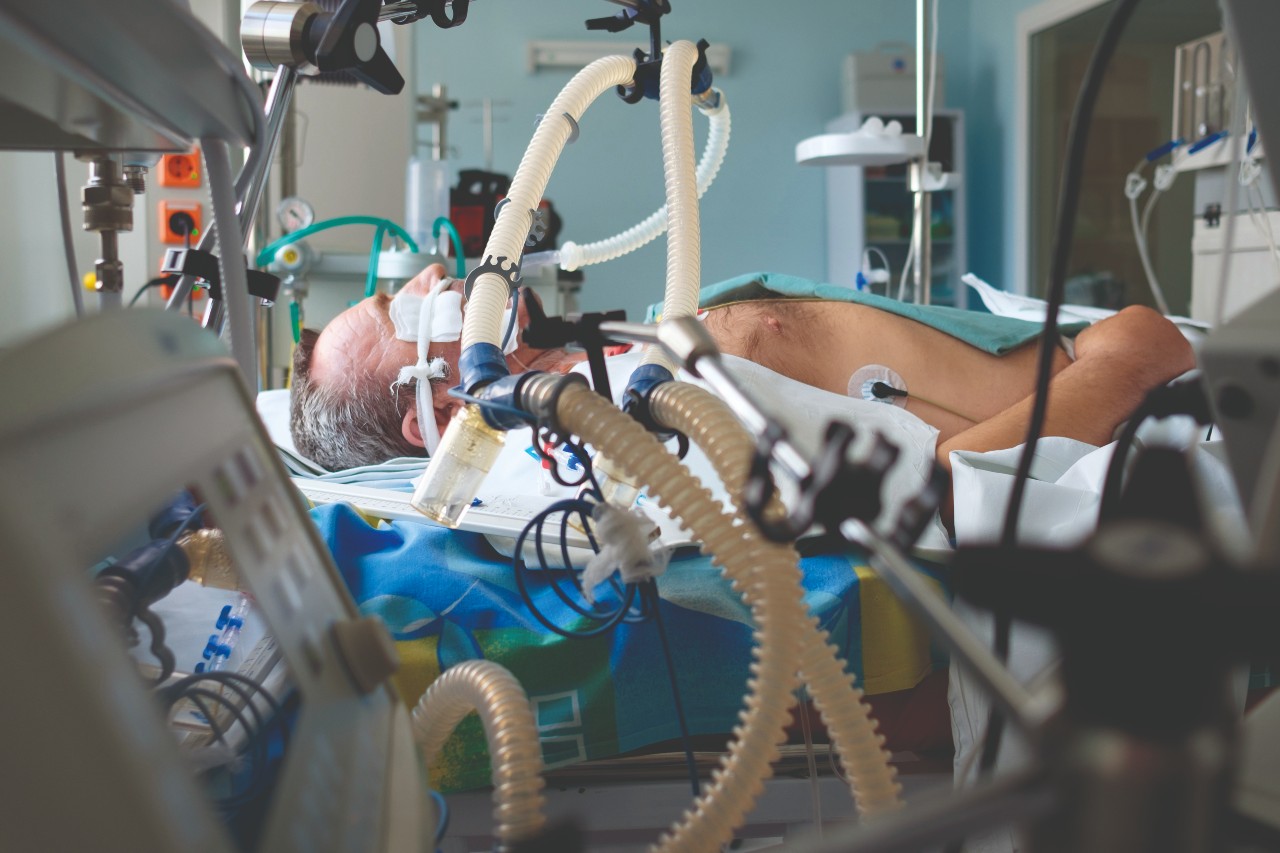 Biomarkers can make diagnostics and treatment so much more effective. (Photo by Kiryl Lis/Shutterstock)

Given the heterogeneity of patients and the broad definition of conditions like acute respiratory distress syndrome and sepsis, precision medicine is as applicable in the ICU as anywhere else. Radhika Holmström speaks to Kiran Reddy of Beaumont Hospital, Dublin, Cecilia O’Kane, clinical professor at Queen’s University Belfast, and Imperial College London’s Anthony Gordon – authors of a recent review article on the topic – about how biomarkers can be used to identify subphenotypes of each condition and tailor treatment to improve patient outcomes.

“A lot of the diseases we see in the ICU represent a frontier of medical knowledge,” says Kiran Reddy of the Department of Anaesthesiology and Critical Care at Beaumont Hospital, Dublin. “We don’t know very much about them. It’s essentially a matter of organ support and giving patients some treatment in the hope they’ll respond.”

Its connection to Covid-19 has brought it to the world’s attention and inspired a wave of new research, but Reddy’s specialism, acute respiratory distress syndrome (ARDS), remains one such condition. Despite improvements in ventilation and fluid management strategies since ARDS was first discovered in 1967, mortality is still high at 30–40%, and, in the words of a 2019 Nature Reviews ‘Primer’ on the condition, it is marked by a “relentless failure of pharmacotherapeutics”. In recent years, however, specialists have drawn attention to the heterogeneity of ARDS, sepsis and other critical care syndromes, and broken the overall patient population into more clinically relevant subgroups by measuring their biomarkers. If the success of similar approaches in oncology and asthma are anything to go by, it could lead to a new generation of targeted treatments that change intensive care forever.

“The idea of a more personalised approach to medicine in this area is probably best documented in asthma,” says Cecilia O’Kane, a clinical professor in the Wellcome Wolfson Institute for Experimental Medicine at Queen’s University Belfast. “Advanced asthma treatments are being very much tailored according to specific subgroups of patients, and we know they do brilliantly with individualised treatment. This has really revolutionised asthma, and this looks to me like something we can emulate.”

With Reddy, O’Kane is one of the co-authors of a recent article, entitled ‘Subphenotypes in critical care: translation into clinical practice’, in Lancet Respiratory Medicine outlining advances in identifying biomarker-driven subphenotypes of critical care syndromes, and detailing how they can be translated into clinical practice. Although previous trials have failed to identify good pharmacological interventions, Reddy explains that retrospective analyses have revealed new ways of classifying patient subgroups that have distinct mortalities and seem to respond distinctly to different therapies.

In contrast to the current approach, Reddy, O’Kane and their colleagues have focused on identifying these subgroups not simply by clinical insult and symptoms, but through analysing patients’ blood, breath and more for biomarkers with a clear link to the biological mechanisms that underlie the development of critical care syndromes. “Biomarkers are less biased than clinical data,” Reddy explains. “Let’s say you want to look at temperature trajectories in sepsis: some patients do and some don’t get pyrexia, and that data is used to split the sepsis groups into different categories. But that kind of approach can be clinically biased. When you use biomarkers, you’re not applying your own preconceptions.”

What’s more, identifying biomarkers makes it possible to predictively enrich clinical trials, thus amplifying the effects of potential treatments while reducing the statistical noise and the large required sample sizes that have bedevilled previous critical care studies. “If we find a subgroup that has a shared biology that could hint at a shared mechanism, we can recruit patients with that shared biology to a clinical trial,” Reddy continues. “We can target the group that we think is going to benefit.”

ARDS is a condition in which the lining of the lung gets damaged and starts leaking, causing fluid to fill the alveoli and restrict the patient’s ability to breathe. As Reddy puts it, “it’s probably more of a description or syndrome than a disease”, and develops in response to a number of direct and indirect clinical insults, ranging from pneumonia – including Covid pneumonia – to severe injuries, non-lung sepsis and abdominal infection. Importantly, patients almost always develop ARDS when they are already in hospital; it is rare for someone to have it at the time of admission, but one in five patients on a ventilator will develop it.

“All our treatments at the moment are just around best supportive care,” says O’Kane. “There’s no drug that changes the outcome of ARDS. You can treat the underlying infection, but that doesn’t necessarily enable the lung to recover.” Or that, at least, has been the case to date; but there are biomarkers indicating that the patient cohort isn’t as homogeneous as was once thought. All patients have fluid-filled lungs, low oxygen levels and similar looking X-rays, but their blood samples are different. In particular, they show different signatures or markers of inflammation.

Retrospective analysis of existing data sets shows hypoinflammatory and hyperinflammatory subgroups. More patients fall into the former, less inflamed group, and usually become less ill. The smaller number of patients in the second group tend to become more ill, spend longer on a ventilator, and are more likely to die. At the same time, however, patients in the second group respond better to certain treatments. “The hyper group did better with more aggressive fluid strategies, high positive end-expiratory pressure and more use of intravenous fluids, whereas those treatments seemed to increase mortality in patients with less inflammation,” explains Reddy. “This hints at a different underlying biology.”

That’s just the start. There may well be other subgroups, or endotypes (a term used in precision medicine in asthma to identify a distinct biological mechanism of disease), within these two main subphenotypes, where specific pathways respond to inflammation in different ways. A trial some years ago, for instance, found that the drug simvastatin (which can improve the function of the lining of blood vessels) showed no overall improvement in ARDS, until O’Kane and her colleagues went back and looked specifically at the group with extreme inflammation, where simvastatin was associated with higher 28-day and 90-day survival rates. The observation has allowed some important predictive enrichment. “What we’re interested in doing now is characterising the patients early and treating the ones who are highly inflamed to see, prospectively, if simvastatin improves that cohort,” she says.

Remarkably, other retrospective studies have shown that hyperinflammatory and hypoinflammatory subphenotypes also exist in cases of respiratory failure that don’t meet the criteria for ARDS. Perhaps it’s our understanding of the condition as a whole, as much as the subgroups that make it up, that needs tweaking.

Sepsis is another term that covers a wide range of patients – in this case, people who have life-threatening organ failure as the result of infection – and where there’s evidence to suggest that different treatments could be better suited to different subgroups. It’s already known, for example, that some patients experience a great deal of inflammation, whereas others’ immune systems are overwhelmed and suppressed.

That said, disparities within identified sepsis subphenotypes suggest the classifications could be age-dependent or subject to change over time. The complexities of critical care syndromes mean the relevance of individual biomarkers is difficult to interpret without insights into how they interact and are regulated.

“In the past, we’ve tended to use single biomarkers, like inflammation, and treat the patients with a high marker with [a matching] therapy,” says Anthony Gordon, the chair in anaesthesia and critical care at Imperial College London and a consultant in intensive care medicine based at St Mary’s Hospital, as well as another of O’Kane and Reddy’s co-authors. “But the body is more complex than that. We don’t need single biomarkers: we need signatures.” Thanks to advances in genomics, transcriptomics, proteomics and metabolomics, it is now possible to measure the profile of the RNA ‘signal molecules’ in the blood and see which patterns group together.

“We’ve let these natural groupings come out in our data,” Gordon explains. Like Reddy, he points out that this enables a much freer, less biased approach. “Rather than us assume what it could be, you can measure many thousands of things and look for similar patients. There’s lots of evidence to suggest that different groups may respond to different treatments.”

Biomarkers on the rise

The whole field is at a very exciting stage. Until now, a huge amount of the work has been based on retrospective analysis, but researchers like Reddy, O’Kane and Gordon are spearheading a move to a more proactive, prospective approach in setting up their own critical care trials. This is also being made possible by further technological advances. For all the interest in the hypo and hyperinflammatory subphenotypes in ARDS, which have been seen across five randomised controlled trials, differentiating them is still a slow and laborious process. “We need to find ways to identify groups more practically, using less expensive tests,” Reddy explains. “Research lab tests are time-consuming and require expensive skills. That isn’t really feasible in a clinical hospital setting.”

This is particularly the case in critical care, where patients are, by definition, very ill and may deteriorate further very quickly. Reddy and O’Kane are involved in the development of a point-of-care test for ARDS patients, which aims to be able to identify whether patients are hypo or hyperinflammatory. Gordon, meanwhile, is starting a new trial at Imperial to see if simple tests can be performed in the ICU itself so that the clinical team at the bedside can immediately classify sepsis patients on the basis of their underlying biology.

There are, of course, limits to how far this can go. “As we research this more and more, you may end up splitting people until the groups aren’t meaningful anymore,” Reddy points out. “At some level, everyone is their own phenotype.” But ultimately, this work should make it easier to recruit patients to targeted trials, and to develop more effective critical care therapeutics. At the moment, it’s yet to be established whether practitioners in the critical care unit should be treating syndromes, subgroups, or some combination of the two. The research community needs to coordinate and share data across multiple large and heterogeneous randomised controlled trials to determine which subphenotypes are reproducible, which are spurious and which overlap, as well as establishing their stability across different patient demographics.

It may never be clinically useful to observe that everyone’s different, but there’s clearly a case for more personalisation in critical care therapeutics. The pandemic has focused the world’s attention on the statistics coming out of its ICUs, but the wards exist to care for individuals. As the people that staff them well know, those aren’t clusters of symptoms behind all the tubing, but distinctive people. Adapting clinical resources to that fact could make all the difference. “All this research is essentially going to lead to a big change in how we classify disease in the ICU,” Reddy concludes. “I hope that if we can come up with more specific treatments, we may be able to enable patients to have a shorter stay or even avoid the ICU altogether.”