The medical benefits of vitamin K2

An extract from 'The Medical Benefits of Vitamin K2 on Calcium-Related Disorders' investigates the biochemistry of the vitamin, and the potential health benefits it may boast. 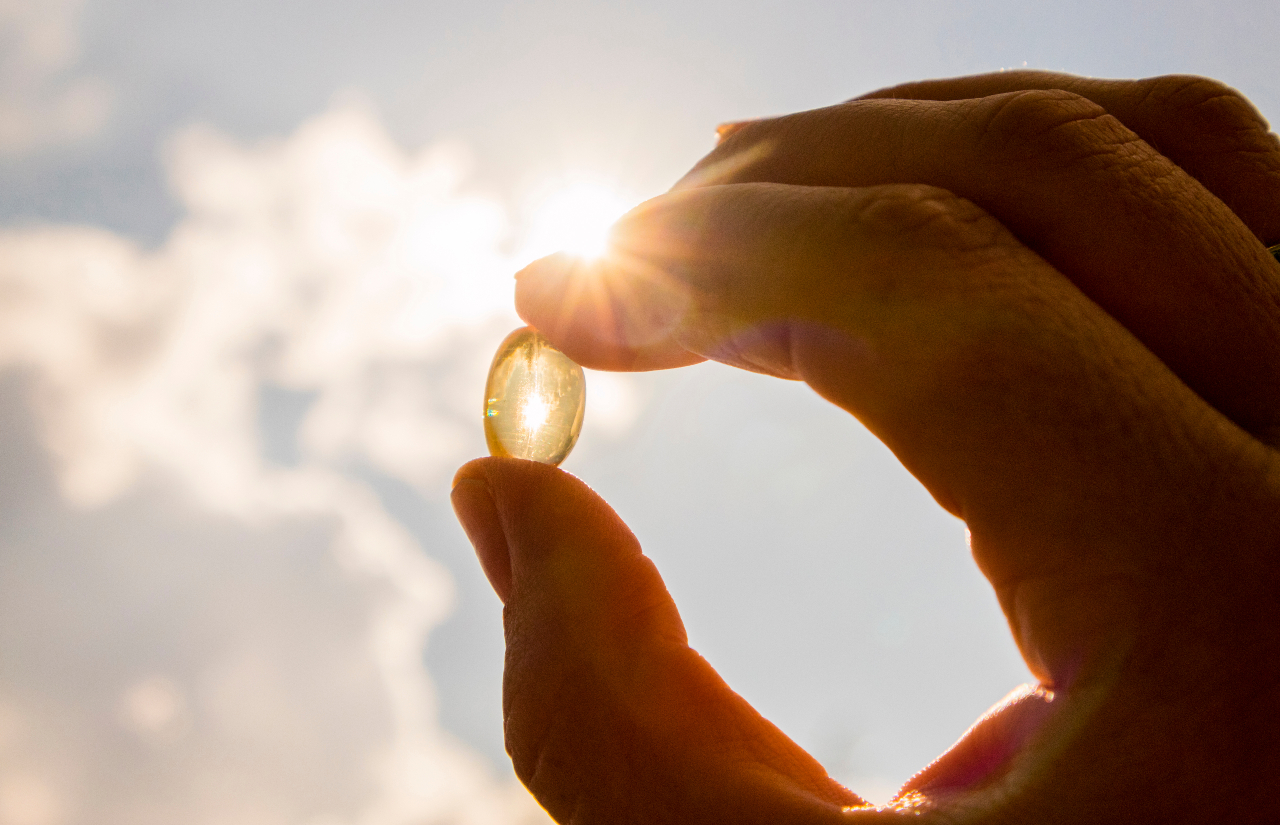 Vitamin K2 has the potential to treat many health conditions. (Credit: FotoHelin/Shutterstock)

Due to the potentially crucial role of vitamin K2 in calcium metabolism, a deficit can disrupt many mechanisms and result in an array of health issues. The potential of vitamin K2 as a treatment for conditions, including cerebral palsy, parathyroid disease, heart disease and gastrointestinal disease, is uncertain.

Ingredients Insight presents an edited extract from ‘The Medical Benefits of Vitamin K2 on Calcium-Related Disorders’ by Zeyad Khalil, Benjamin Alam, Amir Reza Akbari and Harbans Sharma of the University of Manchester, investigating the biochemistry of vitamin K.

Vitamin K has undergone comprehensive research over a long period, revealing its array of medicinal properties that prove beneficial for use in the medical community. Data indicates that vitamin K2 has a positive impact on osteoporosis, cardiovascular disease, parathyroid disorders, cerebral palsy and sperm motility.

It was first discovered by Henrik Dam in 1935; through experimenting the regimens of chickens and interchanging various sources of their diets, Dam isolated this compound and named it after the German word for coagulation. The chickens showed a decrease in haemorrhages when given regimens with the vitamin, and this was a defining moment that sparked further research into vitamin K.

Following the initial identification, it was soon established that there are multiple types of vitamin K – divided from one to five. The two major subtypes are vitamin K1 and K2, whereas the vitamin K3 is a synthetic form that can be converted to vitamin K2 in vivo. Conversely, vitamin K1 and K2 are both fat-soluble, allowing them to enter cells without the need of transmembrane transport proteins, particularly in animals – while K3 is water-soluble.

It has been hypothesised that vitamin K2 is just as significant in effect as K1, owing to the differing structure of these subtypes. Since this discovery, research has flourished on the topic, resulting in the collation of a large volume of information and allowing for a greater understanding of the vitamin.

Evidence has elucidated its vital role in the coagulation pathway, with more recent research investigating the effect it has on extra-hepatic processes in the body. In particular, vitamin K2 has shown to have a considerable effect on calcium metabolism.

The main batch of research in the past few years has been on how it effects the remodelling of bones, which yielded limited clinical application but improved understanding of this vitamin. This is further illustrated by the discovery of novel beneficial areas, such as the reduction of calcification of blood vessels within the body.

Bone-remodelling requires a variety of cells including osteoblasts, osteoclasts and osteocytes. Osteoblasts are constantly synthesising the non-collagenous protein osteocalcin. Osteocalcin is one of the most copious proteins in bone and has been proved to be one of numerous vitamin K-dependent proteins. This would make vitamin K essential for bone-remodelling – a key role in calcium metabolism.

Vitamins for the heart

Currently, there are seven million people living with cardiovascular disease in the UK and the cost of their care is estimated to be £9bn each year. Many of these people will be undergoing treatment for diseases such as hypertension. There are a few cardiovascular diseases that can be caused by arterial calcification, especially of the major blood vessels such as the aorta. Vitamin K2 is effective in reducing the levels of calcium available in the blood – decreasing the rate of deposition in vascular structures.

However, some studies researching this topic used other vitamins and minerals alongside vitamin K2, such as calcium and vitamin D. This could either represent a confounding variable, decreasing reliability of the articles, or suggest a synergistic effect of taking vitamin K2 with other vitamins. Vitamin K2 has a multitude of other effects on calcium, due to the presence of vitamin K-dependent proteins. It remains unknown whether vitamin K2, in isolation, is responsible for its supposed positive attributes.

Calcium is directly influenced by the amounts of vitamin K in the body as it affects processes such as the calcification of blood vessels, maturation of sperm in the testes and bone formation. When calcium metabolism is impaired, the resultant increase in arterial calcification and decreased calcium content of bone is known as the calcium paradox.

Calcium is predominantly regulated by parathyroid hormone (PTH) and vitamin D, with other receptors for ionised calcium providing additional modulation.

The kidneys are also stimulated by PTH to secrete vitamin D, which allows more calcium to be taken up through calcium channels in the gastrointestinal tract (GIT). One Korean study illustrated that when vitamin D and calcium are supplemented with vitamin K, there was significant improvement in the bone mineral density (BMD) of postmenopausal women aged over 60.

Calcium has multiple physiological functions, while vascular calcification is a common example, there are several diseases affecting bones. Stromal and mesenchymal stem cells are precursor cells found in bone, developing into osteoblasts and osteoclasts that carry out bone remodelling.

These precursor cells line the active bone surface, helping to form the hydroxyapatite crystals in the bone matrix. Originating from the bone marrow, the cells will carry vitamin K2 and small amounts of vitamin K1 that they absorb from circulating in the blood.

The bone remodelling cycle occurs constantly in different phases around the body, with an aim to strengthen the bone and repair any microfractures present. This cycle takes around 120 days to complete and is divided into six phases: quiescence, activation, resorption, reversal, early formation and late formation, before returning to the quiescence phase.

Initially, the collagenous bone surface is removed, and the lining cells are retracted. During resorption, osteoclasts cleave the bone, leading to lacunae forming; after which they undergo apoptosis. In the early formation phase, the osteoblasts produce the bone matrix, which is mineralised in the late formation phase with the longest phase lasting two months or more.

Osteoporosis is one metabolic bone disease where the bones weaken and are at increased risk of fracture. It is common in the UK and is estimated to cause 536,000 fractures.

Worldwide, it is believed that one in three women and one in five men over the age of 50 years are expected to experience an osteoporotic fracture. Research into osteoporosis on female patients showed a significant increase in the BMD of the test subjects who were supplemented with vitamin K2.

This correlated with an increase in osteogenic activity, therefore providing evidence that the risk of osteoporotic fracture can be reduced through nutritional supplements, specifically vitamin K2. Another function of calcium that remains under further study is its metabolism in the testes.

Calcium ions aid in the development and activation of spermatozoa in the testes as they develop, with studies showing that vitamin D deficiency can cause reduced sperm motility. The lack of vitamin D results in decreased quantities of serum ionised calcium levels, as well as reduced Ca2+ in the seminal fluid.

The rise of K2

Vitamin K2 has now established a compelling platform within the scientific community as a compound that expresses properties that can be utilised in the medical field. Currently, the mainstay of research has been focused on its effects on bone metabolism as this was where research began.

Specifically reviewing the effects of vitamin K2 on BMD, the overall consensus was that there is an initial increase in BMD, whether it be in the hip or the femur; however, after long-term daily administration, this returned to baseline. It is possible that vitamin K2 can only benefit the BMD of those with pathological bone conditions, including osteoporosism – showing that there is in fact is a reduction in the incidence of fractures, but only at mild levels of osteoporosis.

Vitamin D has displayed a clear role in both stimulating the production of VKDPs and aiding vitamin K2 to carboxylate said proteins. Studies have shown that when given in combination, they exhibit a synergistic effect on bone metabolism, sperm maturation, bile synthesis, and vascular calcification.

However, the studies currently available are sparce; therefore, further investigation into these areas is required. The presence of high levels of mRNA for GGCX and MGP in the testes indicates that vitamin K2 could have unknown effects on the body; this ought to be investigated further to confirm the conclusions of existing studies.

The need for continued research

Vitamin K2 possesses the ability to prevent and reverse vascular calcification. If the trials were reproduced on a human sample, it could allow for radical changes in the current treatment of cardiovascular disease.

In conjunction with other anti-platelets and blood-thinning medication, the use of vitamin K2 to prevent vascular calcification needs to be further investigated to confirm whether it is beneficial and what dosages are required to produce these effects. To date, the dosage of vitamin K2 varies across different countries, with Japan recommending 150µg to its population.

Many studies showed that the effects of vitamin K2 increased in a dose-dependent manner; thus, the question remains which dosage will correlate to the maximal effect while avoiding overcompensation. MK-7 is known to be of greater benefit than MK-4 due to its longer half-life; therefore, finding the optimal dosage of MK-7 to induce beneficial effects in the body would prove insightful.

In the past two decades, the research on the topic of vitamin K2 has developed remarkably. Vitamin K2 has proved to directly benefit osteoporotic patients, primarily through an increase in the γ-carboxylation of VKDPs, such as MGP and GGCX, and enzymes such as ALP, which are associated with bone mineralisation, sperm maturation, vascular calcification and bile acid synthesis, among other processes.

To establish the direct effect of vitamin K2 in healthy individuals, and ascertain whether it can be used as treatment in patients exhibiting pathologies – such as diabetes, osteoporosis, cerebral palsy and parathyroid disorders – will require careful and ongoing research. What’s clear is that, thus far, the results look hopeful.