Medicare for All: A universal insurance plan that could change the face of US healthcare

By providing universal healthcare cover in the US, Medicare for All could make private insurance companies virtually redundant in the future 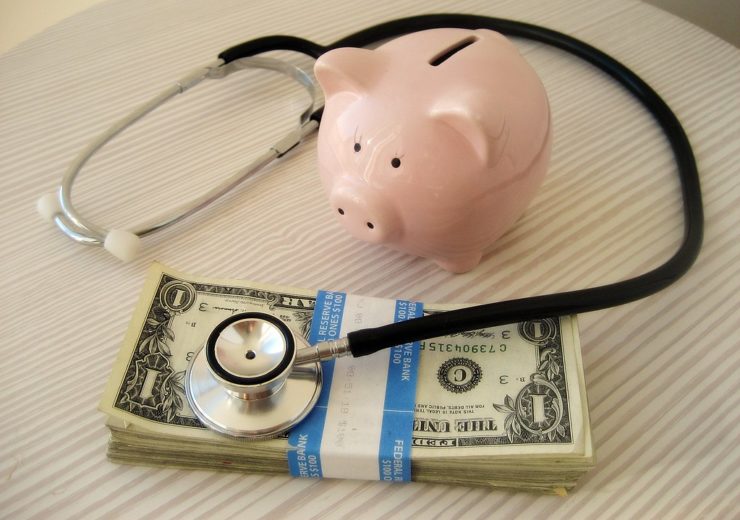 While Medicare currently provides cover for people aged 65 and over, the majority of Americans currently pay for private health insurance (Credit: 401kcalculator.org)

With the 2020 US presidential election approaching, potential Democratic Party candidate Bernie Sanders has brought forward the idea of Medicare for All. Jamie Bell takes a closer look at the policy that could provide free, universal healthcare to the whole country.

A report published in the Journal of the American Medical Association last year showed that the US pays nearly twice as much for its healthcare system compared to other “high-income” countries.

Despite this, the US ranks last among the world’s leading developed nations when it comes to health outcomes.

Although average life expectancy for American citizens increased from 69.9 years in 1959 to 78.9 years in 2016 – a pattern in line with the rest of the world – it has more recently bucked that trend by declining for three consecutive years after 2014.

Obesity epidemics, a significant shortage of doctors and nearly one in 10 people reportedly having no health insurance at all as recently as 2017 have led to several Democrat politicians proposing changes to the outdated Medicare programme.

Dubbed Medicare for All, its various iterations would make health insurance more accessible for the general American population and potentially even free – but it’s faced huge opposition from Republicans and some Democrats.

The history of Medicare

Lyndon B Johnson is perhaps best remembered for being the president who finally oversaw the passage of the US Civil Rights Act in 1964.

But a year later, as part of his Great Society reforms, he led the Social Security Act through Congress to pass both the Medicare and Medicaid programmes.

“Original Medicare”, as the former is now known, was split into two categories – with part A covering any visits to hospital, and part B covering doctors’ services including appointments, surgeries, tests and medical supplies like wheelchairs and walking sticks.

But since 1965, the taxpayer-funded programme has undergone several changes in terms of what services it covers, and who is eligible.

In 1972, President Richard Nixon made the first significant change to Medicare, expanding its coverage to include individuals under the age of 65 with permanent disabilities and individuals with end-stage renal disease (ERSD) – the final stage of chronic kidney failure.

Since the early 1980s, at-home patient care and hospice services for the terminally ill have also been covered under part A of the programme.

In the 1990s and 2000s, an increasing number of optional, private measures requiring people to pay out of their own pocket have been added to Original Medicare – including prescription drug benefits, help with vision and hearing problems, and dental coverage.

However, little had been done to make it more widely available until 2017, when Michigan state senator Debbie Stabenow introduced a bill to make people between the ages of 55 and 64 eligible for the programme.

In 2018, she introduced another bill that attempted to lower the required age to 50. Neither of these bills have been passed.

Despite this, a report published in February 2019 by American non-profit organisation the Kaiser Family Foundation (KFF) said Medicare currently supplies coverage to more than 55 million people in the US, which has a population of 327 million.

What is the difference between Medicare and Obamacare?

Medicare is a government health insurance programme that, in its current state, directly pays for medical services used by people aged 65 and above, as well as people with qualifying disabilities under this threshold.

Obamacare is a nickname referring to the US Patient Protection and Affordable Care Act (ACA) introduced in 2010 – a set of laws governing people’s access to healthcare.

Obamacare’s primary intention is to make health insurance available and affordable to everyone, although it also carries a tax penalty for anyone who does not have individual healthcare cover in place.

It also stops insurers from refusing coverage or charging more to patients with pre-existing conditions, and provides subsidies for those who qualify for financial assistance, offsetting the cost of insurance.

So, while Medicare is the US government providing an alternative to paying for private health insurance, Obamacare essentially regulates insurers – allowing them to be competitive while also trying to make cover affordable for patients.

Another key difference is that the Medicare programme is provided by the federal government and Obamacare is not – nor does Obamacare carry the same age restrictions as Medicare in its current form.

Medicare for All – removing the age limit on US health insurance

Although he eventually lost out to Hillary Clinton – who was defeated at the polls by Donald Trump – this policy was well received by many, and he is once again seeking to make all American citizens eligible for Medicare as the 2020 election approaches.

Currently, a number of different groups cover people’s healthcare in the US – including the federal government, private insurance companies and employers.

This means the US would move from a multi-payer healthcare system to a single-payer one – the same system Canada has used since 1984.

As well as being expanded to apply to everyone in the US, the Medicare for All programme would also cover more benefits like long-term care and a broader range of prescription drugs.

The only services Medicare would not cover under Sanders’ proposals are certain expensive prescription drugs, and elective procedures that patients choose to undergo such as cosmetic surgeries or laser-eye treatments.

As well as making more healthcare services widely accessible in the US, supporters of Medicare for All believe it would make the system more efficient by greatly reducing the cost of medical insurance.

What are the problems facing Medicare for All?

If Medicare for All was to be enshrined in US law, it would take at least four years for it to be fully introduced.

The eligibility age would drop from 65 to 55 in the first year, and then to 45 and 35 over the next two, before it became fully available for everyone in the fourth and final year – 2024 at the earliest.

However, even after it is introduced there will still be a number of potential issues facing the programme.

On average, doctors are currently paid around 50% less by Medicare than by private insurers, meaning many doctors would have to accept a significant pay cut under the proposed system.

Likewise, hospitals would be in line to receive less funding – although those serving lower income areas may actually benefit from Medicare for All due to increasing numbers of patients to care for.

Also, not all doctors and hospitals currently subscribe to Medicare, meaning people who currently use private insurers may either have to pay out of their own pockets to stay with the same provider, or find a new one.

Medicare for All could also mean a limit is placed on how much pharmaceutical companies are able to charge for drugs in the US.

And while employers would no longer have to worry about providing health benefits to their staff, private insurers could be wiped out completely, with Medicare for All covering the vast majority of services the healthcare system has to offer.

The big hit that private insurance companies would take is one of the main reasons why alternative Medicare policies have been suggested – for example, Stabenow’s attempts to lower the age requirement rather than removing it completely.

Former vice-president Joe Biden has also put forward ideas for an opt-in system, where patients can choose to continue paying for private healthcare in spite of Medicare for All if they wish.

The final and potentially most problematic issue with Medicare for All is where the money would come from to introduce it.

Estimated costs vary but start at about $30tn over the next decade.

Sanders has said funding would involve significant tax increases, the introduction of new types of tax, or even both – but many economists are sceptical about whether this could actually offset the cost of providing free healthcare to the entire US population.