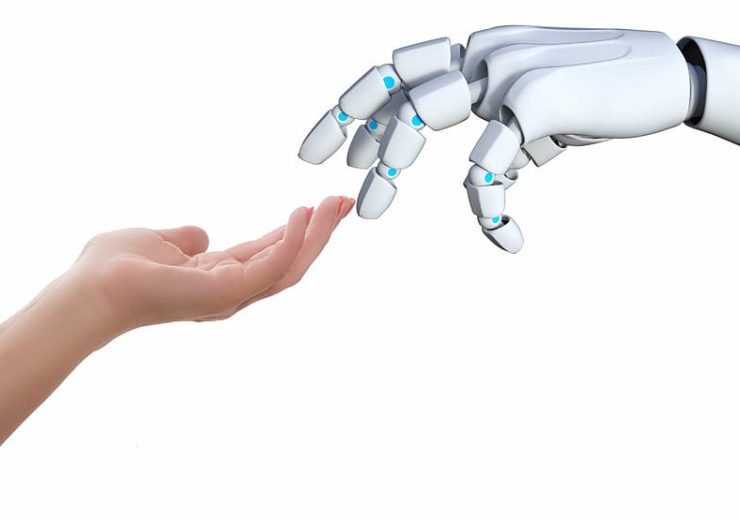 Robotics have an increasing role to play in healthcare settings, says GlobalData

The use of technology and AI in healthcare has led to medical robots playing an ever-increasing role in the industry.

Robotics can help humans complete tasks more quickly, with fewer errors, and even enable them to do things that would otherwise be impossible.

Analytics company GlobalData has identified the four main types of robotics being used to improve the standard of care in hospitals and GP surgeries.

Hospital robots can fulfil a wide range of functions to ease the daily burden on doctors, nurses, and surgeons.

This includes distributing medications, lab specimens and other sensitive materials such as patient data around the hospital.

US robotics company Aethon has developed an autonomous mobile robot called the TUG, which is capable of undertaking all of these functions — saving money and freeing up time for healthcare professionals to focus on patient care.

Robotic systems are also being designed to disinfect devices and equipment in healthcare settings.

In this space, GlobalData’s research highlighted US medical devices company Xenex’s robot, which uses pulsed xenon light and can disinfect an entire patient room in less than 20 minutes.

The wide range of autonomous technologies being used in hospitals — and the sensitive nature of patient data in these settings — has meant such devices require increasingly sophisticated cyber security measures.

Cyber-attacks on medical devices often come through ransomware — a type of malicious software preventing access to a computer system or data until a fee is paid.

The most common use of robotics in surgery involves mechanical arms with a camera and/or surgical equipment attached to them, which are controlled by a surgeon.

Robot-assisted operations mean complex procedures can be completed with more precision, and with extra control.

They are often minimally invasive too, offering an alternative to open surgeries, which have more associated risks and require a longer period of recovery.

GlobalData’s report reveals American corporation Intuitive Surgical currently dominates this market — its da Vinci system for minimally invasive procedures was one of the first of its kind to be approved by the US Food and Drug Administration (FDA) in 2000.

Intuitive Surgical claims this system is used in all 50 US states and 66 countries across the world.

One of its main rivals in this sector is TransEnterix, a US medical device company specialising in digital laparoscopy — an operation performed by creating a small incision on the abdomen or pelvis, and using a miniature video camera to guide the surgeon.

While many of these technologies are designed for use in hospitals and other healthcare centres, care robots can provide support to elderly or disabled patients in their homes.

They are not yet widely deployed, but GlobalData anticipates this will change significantly over the coming decade — particularly in countries facing a shortfall in caregivers such as Japan.

Currently, care robots are predominantly used to carry out simple functions such as helping patients get into and out of bed.

One example of this is the Robear — a bear-shaped robot developed by Japanese research institute RIKEN and manufacturing company Sumitomo Riko.

The Robear was unveiled in 2015, and is designed to lift patients out of beds into wheelchairs, or help those who need assistance to stand up — although its creator admitted in 2017 it is still a long way from being used commercially.

Despite this, GlobalData predicts care robots will increasingly be called upon to perform more complex tasks in the future, from reminding patients when to take medication to offering emotional support.

They may also be able to assist with the multitude of tasks nurses are expected to carry out – from taking blood and recording temperatures to improving patient hygiene.

In October 2019, the UK government announced a £34m ($44.5m) investment into developing autonomous systems — primarily robotics — that are safe and trustworthy for public use.

The investment, designed to support the UK’s ageing population, could lead to the introduction of robots capable of everyday tasks such as helping an elderly person up after a fall and raising the alarm, delivering food at mealtimes, and ensuring they take medications at the correct time.

GlobalData research has found that the exoskeleton market is one of the fastest-growing sectors in all of robotics.

Japanese technology company Cyberdyne (yes, like the one from Terminator movies) received FDA approval to begin offering its hybrid assistive limb (HAL) exoskeleton to licensed medical facilities in the US in 2018.

The exoskeleton uses sensors placed on the skin to detect electrical signals in the patient’s body and respond with movement at their joints.

It is designed to provide physical rehabilitation for patients recovering from lower limb disorders such as strokes and spinal cord injuries.

It gained FDA approval in 2011 and is designed to allow people with spinal cord injuries to stand upright, walk, and even climb stairs.

However, more recently, “machine-brain connectivity” has also come to the fore in exoskeleton technology.

In October 2019, a paralysed man was able to move all his limbs and walk with help from a mind-reading exoskeleton suit.

French scientists published a report detailing how the suit analyses brain activity and translates it into instructions for movement.

While they said movement using the suit is far from perfect, and it can currently only be used inside a lab, it is nonetheless seen as a significant improvement on similar technologies that allow patients to control a single limb with their thoughts.