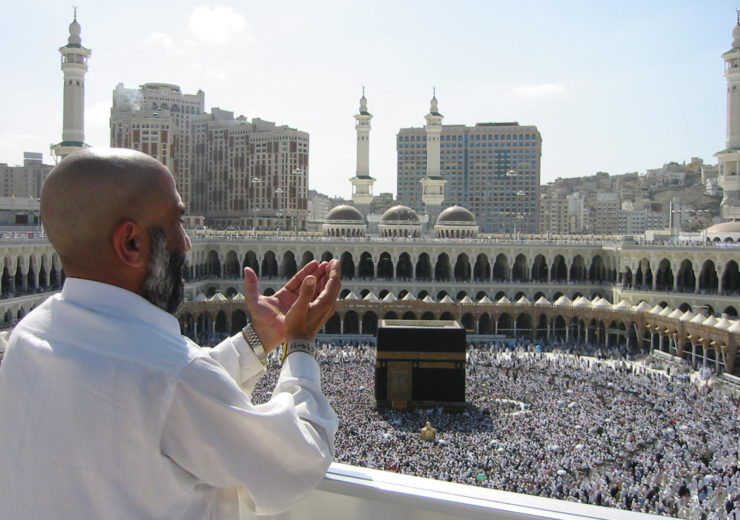 Since 2011, the Kingdom of Saudi Arabia has been using new technologies to digitise its healthcare system. Jamie Bell speaks to two of BMC’s senior executives in the Middle East about the American software company’s role in the process.

Saudi Arabia’s Ministry of Health supports a population of 35 million, with responsibility for 2,900 health providers, including the likes of hospitals, clinics and pharmacies.

However, the annual 10-day Hajj season sees more than two million pilgrims arrive in the kingdom to visit the holy city of Mecca — and all of these visitors are entitled to receive state-mandatory healthcare.

To help manage this sharp jump in numbers, 2011 saw Saudi Arabia launch a 10-year e-health project to digitise its healthcare services and use technology to deliver effective patient care across the Kingdom.

Using products provided by US software company BMC, the Ministry of Health has connected healthcare staff and patients via a single, standardised online platform covering the entire kingdom.

BMC managing director of emerging markets and regional sales manager for the Middle East Samir Akel says his company’s IT services were chosen by the Ministry of Health due to their proven scalability.

He adds: “We have much bigger customer bases than the population of Saudi Arabia all over the world — including banks, oil and gas companies, and governments.

“So, from a BMC technology point of view, we have no issues at all with taking millions of users.

“These technologies also provide omnichannel access to the online healthcare platform, meaning patients can use a mobile phone application, or SMS messaging.

“The smartphone penetration rate in Saudi Arabia is at 92%, which is one of the highest in the world, so this is very important.

“BMC is critical in providing an end-to-end digital service in the kingdom.”

The e-health project in Saudi Arabia

Akel says the Saudi Arabian Ministry of Health looked at several industry models across the world — including the US, Canada, France, Germany and the UK — before formulating its 10-year e-health project.

The project was delayed for two years in 2015, as new leader King Salman bin Abdulaziz Al-Saud introduced his Saudi Vision for 2030.

His Saudi Vision consists of 96 strategic objectives to reduce the kingdom’s economic independence on oil, while also developing and improving several public service sectors — including health.

Akel says that without the proper five-year plans and substantial funding in place, the e-health project and many other initiatives were being implemented slowly at first, but this process is now happening much faster.

He adds: “E-health is now one of 12 major national programmes in Saudi Arabia, and what they are aiming for is to have the best healthcare service in the world.”

According to the Saudi Ministry of Health website, the national strategy is based upon four main pillars:

Akel says these pillars have been put in place in an attempt to transform the delivery of patient care in Saudi Arabia to a consistent, world-class standard.

How Saudi Arabia has digitised its healthcare services

Having been introduced in 2011 as a 10-year plan, the original e-health project is now nearing its conclusion, with many services already established across the kingdom.

One of these is the Mawid service, which allows users to book, cancel or reschedule appointments anywhere — including from outside the kingdom — via a smartphone app.

The app takes them through a user-friendly questionnaire and attempts to schedule the earliest possible appointment for them.

It can also be used by healthcare providers to remind patients of their upcoming appointments, as well as alerting them if an earlier slot becomes available.

Another service — that’s already live — is an e-prescription service where patients share symptoms with an online doctor before receiving a pharmacist-approved prescription based on the virtual consultation.

The Ministry of Health is providing improved access to important medical information for health insurance companies too.

All of this delivered through a single cloud-based platform providing safe and secure access to health information for both patients and doctors.

Akel says: “This saves a lot of time, which is very useful in a country the size of all of western Europe.”

BMC software being used by the healthcare industry in Saudi Arabia

The Ministry of Health has used BMC’s Digital Workplace (DWP) to provide a platform on which its healthcare staff can easily connect to providers and patients.

DWP is a cloud-based hub where employees can communicate with connected devices — such as computers and mobile phones — to respond to requests as quickly as possible via a digital dashboard.

It is also used by NHS trusts in the UK, including Northumbria, and BMC vice president of EMEA Paul Cant claims the company has provided the industry’s leading digital workplace system for several years.

Additionally, its application performance management (APM) software, which monitors how well IT systems are working, is an “essential service” for the Ministry of Health, according to Cant.

The software works by finding the root cause of problems, and uses analytics and machine learning to prevent any recurrence.

It also means changes to the healthcare platform, that could impact patients, can’t be activated without prior scrutiny.

Cant says that as well as improving quality of care for millions of Saudi Arabian citizens, 700,000 healthcare workers within the industry will also benefit from its software.

He believes the next step may come once the Saudi government decides to switch from a private cloud system to a public one.

Cant adds: “An edict came from the government saying they only wanted to use cloud providers located inside the borders of Saudi Arabia.

“At this point you are seeing the advent of private cloud, but I do personally anticipate that will change going forward.

“This is because the concept of the public cloud is welcomed by both government and non-government departments within the kingdom.”

This would allow the Ministry of Health to leverage data from external cloud providers such as Azure and AWS (Amazon Web Services), meaning new IT products could be tested and deployed more quickly.