Experts from the European Flavour Association (EFFA) explain why legislative changes are impacting its European members as well as the wider ingredients industry. 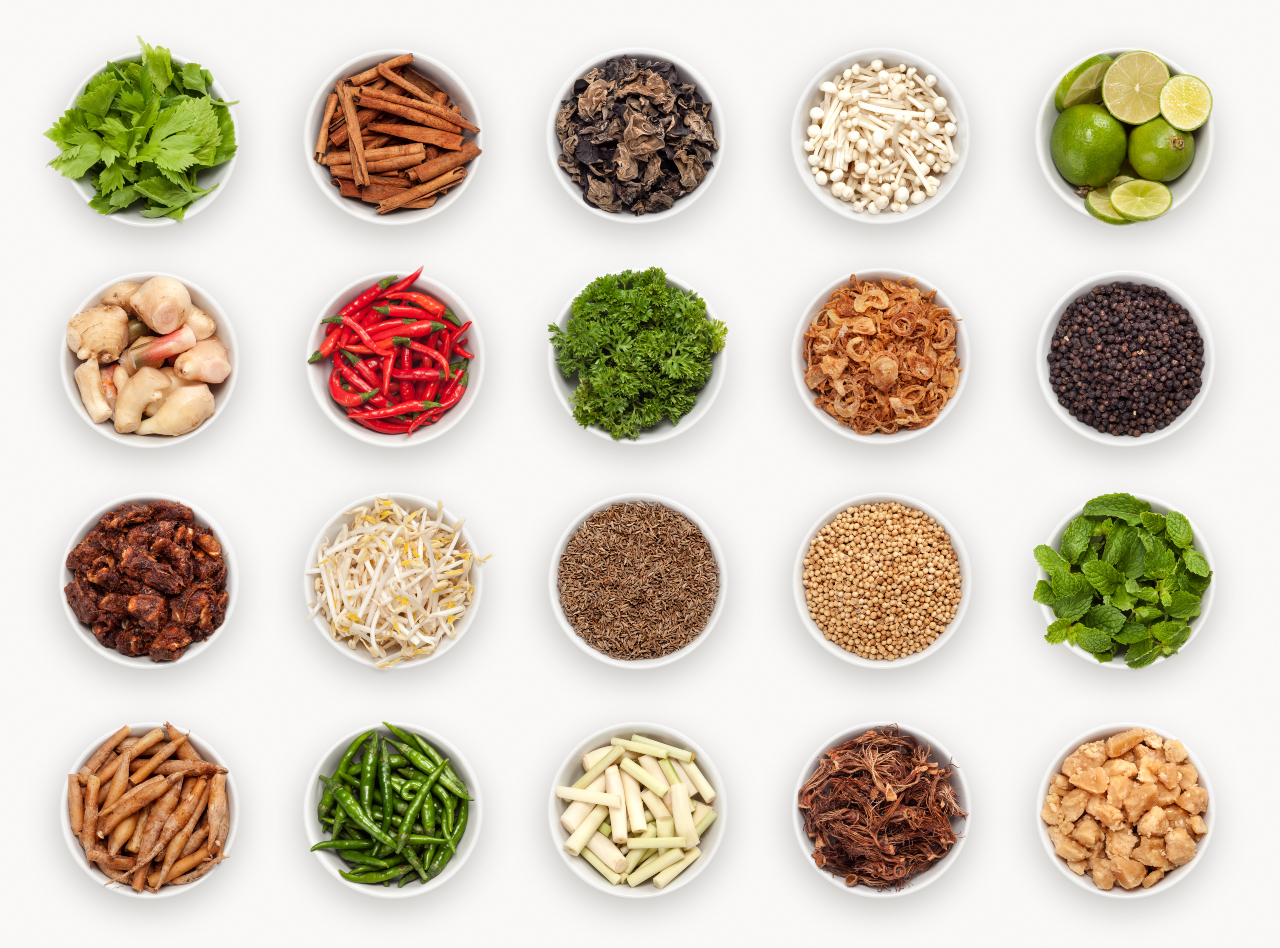 The ingredients industry is at the heart of the food value chain. How will it be impacted by new legislation? (Credit: flydragon/Shutterstock)

Evolving legislation inevitably poses challenges, but it also poses opportunities – the ingredients industry in general, and industry body the European Flavour Association (EFFA) in particular, being no exception.

Against the backdrop of the European Green Deal – and its stated aim of cutting greenhouse gas emissions across the EU by at least 50% by 2030 – Antoine Kastler, president of EFFA likens the European flavourings and ingredients industry to being ‘in the middle’ of the food value chain; somewhere with inevitable impacts both upstream and downstream.

For the food industry, the European Green Deal translates into the farm to fork strategy that aims to provide a holistic approach to EU food systems by making them fair, healthy and environmentally friendly, according to Kastler.

But as EFFA public affairs manager, Bo Dohmen points out: “The notion isn’t new, but it has never been so concrete, deriving into so many legislative initiatives from the farm – the sourcing of raw materials – to the fork, the consumer’s information on labelling.”

She adds, “This will have a great impact on the food and beverage industry at large – organic, provenance, transparency, sustainability, you name it, all the current consumer trends are having an impact on these EU policies and vice-versa.” Hence, for ingredient companies it’s important to be able to inform both suppliers and their clients about how their ingredients will impact final food and drink products, according to the upcoming legislation.

“Fortunately,” says Kastler, “this comes at a time in which EFFA is also broadening its scope, a bit in ‘farm to fork style’, to have a more comprehensive approach.

“We are now more active regarding public affairs and communications, making sure we can inform our membership at the right time and be part of the discussion from the beginning.”

Emerging from the horizon, though, is new legislation coming into effect from 1 January 2022, stating that flavourings be regarded as agricultural ingredients; the maximum amount of non-organic flavourings permitted in an organic product is 5% by weight of the product.

As Kastler notes, “the new organic regulation has a huge impact on the industry. It contains only one sentence about flavourings, and yet, it brings several changes and also leaves the door open for many questions.”

EFFA in the meantime has developed a guidance document to be shared with EU institutions, national certification bodies and customers, to ensure it forms part of the ongoing conversation.

Yet despite the fact that implementation of this legislation had been postponed by 12 months, due to Covid-19, it “already brings challenges with the certification bodies at national level”, says Kastler.

“Because the new regulation isn’t applicable yet, they won’t provide any certifications according to the new rules, but some companies already did the transition. So we are monitoring this at the moment.”

In the meantime, it’s ‘business as usual’ as far as possible at EFFA, in terms of the contributions it can make to achieve the objectives of the EU’s Green Deal, especially with regards to farm to fork.

“From an association point of view,” Kastler says, “what EFFA can do is be a relevant partner for the EU institutions; the flavour industry will be impacted by these rules, so we can provide interesting insights and contribute, together with other stakeholders, to the various consultations, forums and conferences offered by the EU institutions to gather everyone’s perspectives.”

One of the main objectives of the farm to fork strategy is to promote sustainable food consumption, facilitating the shift towards healthy, sustainable diets. Unsurprisingly, this has resonance in the flavour industry as it looks to constructively respond to policymakers’ objectives, as well as evolving consumer trends. It also means the flavour industry needs to respond in innovative ways.

As Dohmen argues: “For many years, reducing sugar, salt and fat in food products has been an objective of both policymakers and food producers, but one of the main food challenges in the reformulation phase was the risk of loss of taste.”

Research shows that taste is, unsurprisingly, one of the main criteria for consumers when choosing a particular food product. Flavourings help to make the healthy and sustainable choice for consumers easier, ensuring that food products that are part of a conscious diet do not compromise on taste.

Kastler explains, “regarding the production of flavourings themselves, over the last few years the International Organisation of the Flavour Industry [IOFI] together with the International Fragrance Association [IFRA], have developed the IFRA-IOFI Sustainability Charter.”

In essence, the charter is a common and voluntary initiative, outlining the flavour and fragrance industries’ commitment to sustainability, and also offering advice, sharing best practices, and reporting progress.

The concern of comitology

In the meantime, and of more immediate concern, is the ongoing debate over comitology reform – the EFFA, for its part, recently issued a statement going so far as to claim it threatens innovation. In an EU context, comitology refers to a process by which EU law is modified or adjusted, as it takes place within so-called comitology committees that are chaired by the European Commission.

While the official term for the process is committee procedure, comitology committees form part of the EU’s broader system of committees that assist in the making, adoption, and implementation of EU law.

“The core of this discussion is where the role of science is placed,” says Kastler. “In EFFA’s view, science has to play a predominant role, and the authorisation of safe products has to originate from the best available science from the EU’s own risk assessment agencies.”

From a policy perspective, Dohmen says the current comitology reform, in particular amendments five, seven, and 16, “would enable a minority of member states to block authorisations of products, even if their safety is confirmed by the EU’s own risk assessment agencies”.

The elephant in the room

The European Parliament adopted the reform report in plenary in December 2020, with the report due to be sent to the council shortly. However, the real elephant in the room at present is the ongoing Covid-19 pandemic and the implications it is having for the agricultural-food supply chain – particularly from a farm to fork perspective.

While the crisis has highlighted the essential role food plays in our life even more, according to Kastler, “delays in production, obstacles in the distribution and a very unstable and even irrational demand”, remain evident. And smaller companies face bigger challenges, due to having fewer resources at their disposal.

Dohmen notes that EFFA was supportive during the first wave of European Commission sponsored initiatives, such as ‘Green Lanes’ – ensuring the continuous movement of goods across national boundaries throughout the pandemic.

It also offered more practical guidance to ensure the free movement of critical workers because the industry had to still meet the demands of customers and fill the supermarkets.

“Now that the situation is more stable, one of the main victims of the restrictions is the horeca [food service] sector, which is a very important customer for the food and ingredients industry,” she adds. “We participated in an initiative with other European Associations to #Reconnect with your favourite restaurant last summer, but the sector is again closed in many countries,” she notes.

In the meantime, food and drink manufacturers, as well as the flavour industry in general, are constantly examining ways of improving transparency and traceability in their supply chains, with possible measures including digital transition.

While clarity is key, according to Kastler, the implications of digital transition are less clear cut – even if EFFA is supportive of it in principle. As he puts it: “Each company might have different solutions that aren’t discussed within EFFA because of anti-trust reasons and EFFA’s scope.

“The quick spread of mobile applications rating food is a good example of how important this type of information and the role of technology is for consumers. We therefore support a European harmonised framework that is based in science,” he adds. “What is important is to provide all the necessary information to the customer, so that they can appropriately label their products for consumers.”

In the meantime, the ingredients industry is also set to be impacted by the European Commission’s revision of the Food Information to Consumers Regulation, according to Dohmen.

“This has an indirect impact on the ingredients industry, as it will fundamentally change the front-of-pack labelling systems across the EU, including the setting of ‘nutrient profiles’ that restrict the promotion – via nutrition and health claims – of foods that are high in fats, sugars and/or salt. They will consider proposing the extension of mandatory origin or provenance indications to certain products.”

Yet certainty isn’t always apparent – changes to the EU’s General Food Law Regulation, that were put in place in September 2019, with the publication of Regulation EU – being a case in point. Despite the new provisions that came into effect from March, many questions remain regarding the detailed procedures and practical arrangements.

Dohmen argues: “As a general rule in EU law, new provisions should be justified and proportionate and not go beyond what is necessary to achieve the aims and objectives.

“There are indeed still many questions and uncertainties on which level information will be published, for how long, and whether it will be protected or include business-sensitive information – even if requesting confidentiality status to protect intellectual property rights is an option.”

In other words, not only are the targets periodically shifting, what those targets are exactly is not always clear.