FHIR: The global industry standard for online healthcare data which could “blow medicine apart” in the future 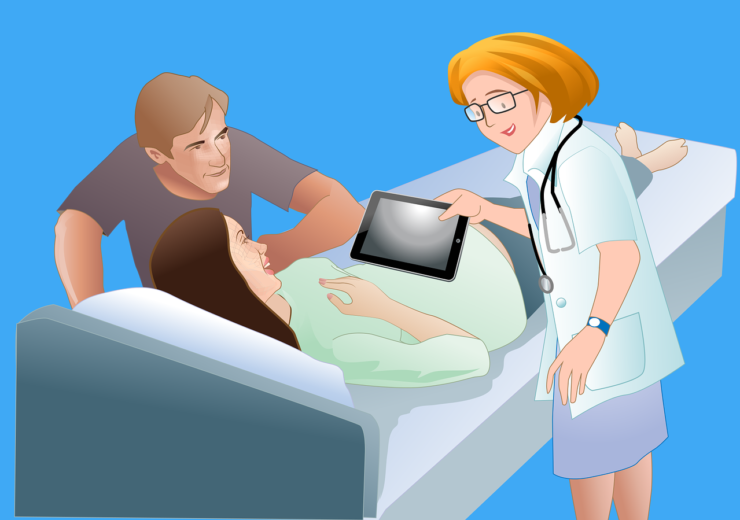 FHIR has the potential to make healthcare information sharing at the point of care quicker and easier (Credit: Pixabay)

Fast healthcare interoperability resources – or FHIR – is a global standard for sharing data across healthcare services. As the UK’s NHS now looks to take advantage, senior doctors spoke about what they’re doing at the Microsoft Future Decoded 2019 conference, with Jamie Bell in attendance.

The NHS app has made it possible for patients to check their symptoms, book GP appointments and order repeat prescriptions, all with just a few taps and swipes on the screen of their smartphone.

It appears the next step for the UK’s National Health Service (NHS) is to enhance its own online systems in the ongoing attempt to digitise healthcare effectively – and fast healthcare interoperability resources (FHIR) could have a central role to play in this process.

The NHS says this global standard could optimise how healthcare information is shared between providers and their systems, no matter where care is delivered.

Professor Neil Sebire, chief research information officer and director of the digital research, informatics and virtual environment unit at Great Ormond Street Hospital in London, said: “At the moment, FHIR is really only in its very early stages, but it’s a principle that could potentially blow medicine apart in terms of how you make decisions, how you scale and how you pay.”

Speaking at the Microsoft Future Decoded event in London, Prof Sebire referred to the FHIR system as “magic”, adding that “everyone is now talking about it”


However, while FHIR could standardise data in order to make patient records and medical research findings more accessible, particularly between different organisations, he made it clear that this step forward will not be easy to make.

“FHIR is conceptually beautiful, but horribly complicated, and quite hard to do in real life” he added.

What is FHIR and how does it use data?

The FHIR framework was developed by Health Level Seven International (HL7), which describes itself as the global authority on standards for interoperability – collaboration and information-sharing across various parts of a country’s healthcare service – in health technology.

HL7 defines FHIR as the global standard for recording and sharing healthcare data online, in order to pass this information between systems quickly and easily.

The FHIR framework is then used to develop application programming interfaces (APIs) – software intermediaries allowing two applications to interact with each other.

APIs deliver the user’s request to a provider – in this instance, FHIR – and then send its response back to the user.

What could FHIR mean for NHS patient data?

The NHS is beginning to implement FHIR in order to standardise all patient records, making them far more accessible at the point of care.

Great Ormond Street Hospital’s Prof Sebire said this is a necessity for the NHS because a lot of its online patient information at the moment consists of scanned-in hard copies of medical documents, which are not machine-readable.

“In 20 years’ time, the population will be streaming potentially masses of data to hospitals,” he said.

“What are the hospitals going to do with all that data? Healthcare does not know yet how to handle streaming data.

“What we are intending to do is to say ‘let’s take loads of timestamp data, we’ll put it in a big box and we’ll deal with it tomorrow’, which works at the moment because we don’t have much of it. But that is not scalable at all.”

How can FHIR help medical centres share their research globally?

Prof Sebire believes that standardising all data collected within UK healthcare centres and medical research facilities alike would be hugely beneficial in advancing medical knowledge in the future.

He said: “We realised four or five years ago that we had over 450 different clinical systems running within the hospital itself, and between 1,000 and 1,200 research studies running separately from that as well.

“We realised we need to do something about that. We wanted some way of bringing all this data together for secondary use.”

Prof Sebire went on to say that individual medical facilities do not have enough data, or the right data, to carry out the extensive research that is often required in advancing healthcare.

He also used the example of patients diagnosed with rheumatoid arthritis over the knee to demonstrate why collecting and pooling data effectively between medical facilities can be so challenging.

“We will be able to identify those patients [with rheumatoid arthritis over the knee] quite easily,” he said.

“The problem is that different hospitals may have different ways of classifying this, particularly in terms of the terminology they use.”

So while the final diagnosis of rheumatoid arthritis is likely to be the same, and the affected site will always be the knee, it could be classified as an inflammation, or as an autoimmune disease, depending on the practices of the individual medical centre.

This discrepancy is what makes it so hard to guarantee patients diagnosed with rheumatoid arthritis over the knee will always be tagged with the same condition and can be selected as a group when this data is needed for further research.

However, FHIR has the potential to remove this type of variation by standardising medical information across global healthcare centres.

The challenges faced by FHIR and the healthcare industry

The single biggest problem with introducing FHIR across the UK healthcare system is the fact that data stewardship is not featured in an official NHS job title, according to Prof Sebire.

It means technology is not given the priority it needs – a point highlighted by the Topol Review, which concluded that the NHS should focus on building a digital-ready workforce.

Prof Sebire said: “The NHS actually has something called Agenda for Change, which is a list of jobs that you are allowed to be appointed to if you’re not a doctor, nurse or clinical person.

“On Agenda for Change, there are none of these tech jobs. So healthcare organisations don’t have software inventors or chief analytical officers. In most cases, they don’t have teams of people for machine learning.”

“There is a weird schizophrenia in the NHS,” he added. “Traditionally, the NHS has done things itself, and it’s now recognising it can’t do this itself.

In addition to this, David Sibbald, the CEO of Scottish research and informatics company Aridhia, believes the “highly sensitive, privileged” nature of medical data presents its own difficulties.

“We want to give complete freedom to operate, and take that research and push it into routine clinical practice as quickly as we can, because that’s going to benefit everybody,” he added.