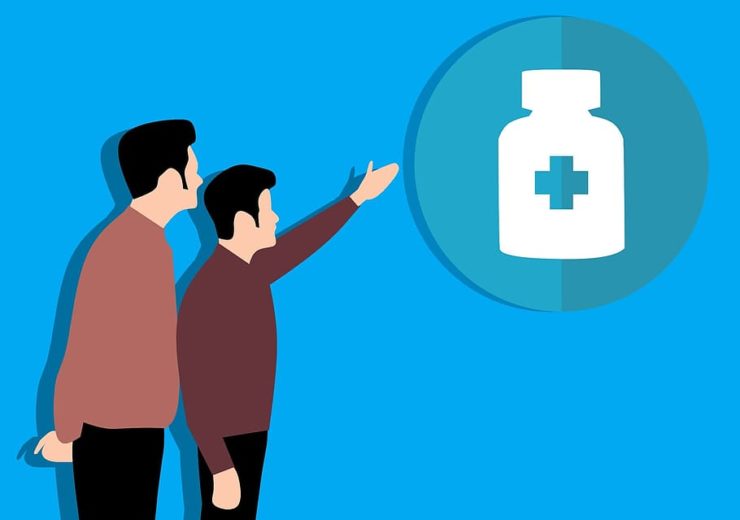 Drug development and design has lagged behind other industries in integrating AI over the past few years (Credit: Piqsels)

In January 2020, Exscientia announced it had worked alongside Japanese pharma firm DSP to enter the first-ever AI-developed drug into clinical trials. Jamie Bell speaks to the company’s CEO Andrew Hopkins about the potential artificial intelligence has to disrupt the industry further in the future.

While there has been plenty of hype around how artificial intelligence can streamline the process of drug development, the past few years have generated very little in the way of concrete results.

By the end of 2019, no medicines discovered using AI had entered into human clinical trials, let alone been approved by the US Food and Drug Administration (FDA) for sale on the commercial drug market.

However, in January 2020, Exscientia — a UK company attempting to combine the power of AI with human creativity in the drug discovery field — announced a new pill designed using computer algorithms had been approved for human testing in Japan.

The drug had reportedly gone from being a pre-clinical candidate, where early-stage drugs are assessed for safety and feasibility, to the clinical trial phase in just 12 months — a fifth of the time it would’ve taken without AI being deployed throughout the process.

Exscientia CEO Professor Andrew Hopkins says: “Our mission is to solve drug discovery. One of my expectations for this decade is for artificial intelligence to play a big role in drug discovery going forward.

“If all drugs in the future are developed using AI, that accelerates the rate at which we can move new drugs into the clinic — and ultimately bring them to patients.

“And I wouldn’t underestimate the real importance of time-cost savings.

“Conducting fewer experiments and making better decisions initially about candidates to test on saves money too, because more drugs are ultimately successful.

“If we can reduce the economic barriers between the start of an idea and testing a candidate in humans, then overall we believe we can speed up the whole innovation cycle.”

The process of developing a brand new medicine is incredibly long and expensive for pharmaceutical companies.

It can take up to 30 years for scientists to take a drug from an initial idea to the commercial market.

Only a small fraction of these candidates — five in 5,000 according to health information website MedicineNet — will make it to human testing, and an even smaller number will pass these clinical trials and make it to the patients they are developed for.

It’s also estimated that researching and developing each new drug costs about $2.6bn, while millions of dollars are also spent on the thousands of unsuccessful candidates to every successful one.

Because of this, Hopkins believes the pharma industry is experiencing a period of “prolonged crisis”.

“That has a huge effect as companies feel they will not get a return on money invested in new medicines.

“We want to turn this productivity paradox around and encourage innovation by doing so.”

Exscientia was founded in 2012 as a spin-out from Hopkins’ laboratories at a time when he was a full-time professor at the University of Dundee in Scotland.

He says it was faced with a cultural barrier initially, as the pharma industry was skeptical about the role AI and big data could play in drug discovery.

But the Oxford-based start-up has grown rapidly over the past three years, raising a total of more than $43m across two funding rounds.

It now has about 50 employees working in its offices across the UK, and in Japan and the US.

Exscientia works with some of the leading pharmaceutical firms across the globe, including Bristol-Myers Squibb (BMS) and more recently Bayer — having announced a multi-project collaboration with the German drug giant at the beginning of 2020.

Exscientia was also the first company to enter drug candidates developed using AI into pre-clinical trials — which Hopkins says was “already a major milestone in the field”.

Then, in January 2020, it was confirmed the first of these candidates — an obsessive-compulsive disorder (OCD) medicine — would begin human testing in Japan.

Breakthroughs like this have led to Exscientia considering itself to be “the predominant AI drug discovery company in the world” right now.

The name originates with chess player Garry Kasparov, who first proposed the idea of combining human brainpower and machine learning in his sport.

Exscientia does the same in the drug discovery field by letting a scientist devise the strategy for designing a new candidate, before a computer carries out these pre-set tactics.

As Hopkins notes, one limitation often seen in drug discovery is the sheer diversity of potential candidates to target initially. Artificial intelligence can narrow down this search much more quickly than any human scientist.

Centaur Chemist then comes into play, using an active learning system to take a strategy laid out by human experts, and automatically determine which experiments will produce the greatest amount of relevant information about a drug candidate.

It uses a set of pre-determined computer algorithms to design brand new drugs, from scratch, far more quickly than any human ever could.

AI can also sift through large amounts of big data from the public domain, open-source applications and previous clinical trials autonomously, integrating all of this data and forming hypotheses based on them.

Hopkins describes this as increasing the “cognitive bandwidth” of drug researchers.

He believes that, despite the number of drugs making it to pre-clinical trials remaining relatively small, there is emerging evidence to suggest that the molecules being created are “very elegant and very efficient”.

This is because computer algorithms are effective in “whittling away” any superfluous features of a drug compound — which could make the resulting medicines more effective for patients too.

Small molecule drugs — which most commonly come in the form of pills to be taken orally — account for 60% of all the drugs the FDA approves each year, according to Hopkins.

He adds that they are the most dominant class of drugs in the pharma industry and have been for the past 100 years.

Exscientia’s AI-developed OCD medication — the first of its kind to reach human clinical trials — is an example of a small molecule drug the company has worked on.

And it is now looking towards an even more refined, potent drug type — bi-specific small molecules.

These medicines are able to bind to two different epitopes — the area of an antigen or protein that antibodies attach to break them up — giving them a number of benefits in treating diseases.

Hopkins says while these molecules cannot simply be discovered by chance, AI opens the door to specifically targetting and designing them for the first time.

He adds: “These molecules are desperate targets — you are searching through nearly 100 billion potential molecules to find these bi-specific characteristics.

“AI gives us new capabilities, allowing us to go for these things. It lets us do some things that were incredibly difficult — if not impossible — to do previously.”

The future of AI in drug discovery

Despite Exscientia recently entering the first AI drug into human testing, Hopkins believes these types of medicines will only reach the commercial market towards the end of this decade.

This is mainly because trials and gaining regulatory approval take several years.

However, Exscientia also has several other AI-developed drugs in the pipeline, awaiting approval for human trials, which the company says took a fraction of the time it would ordinarily take to go from an idea to the pre-clinical stage.

Hopkins says: “What I expect by the end of this decade is most drugs being designed using artificial intelligence, and I think what we’ll see throughout this decade is a real scene change.

“We are now starting to see incredibly strong interest from large firms like GlaxoSmithKline and Novartis, and we’re already working with Bayer and Bristol-Myers Squibb.”