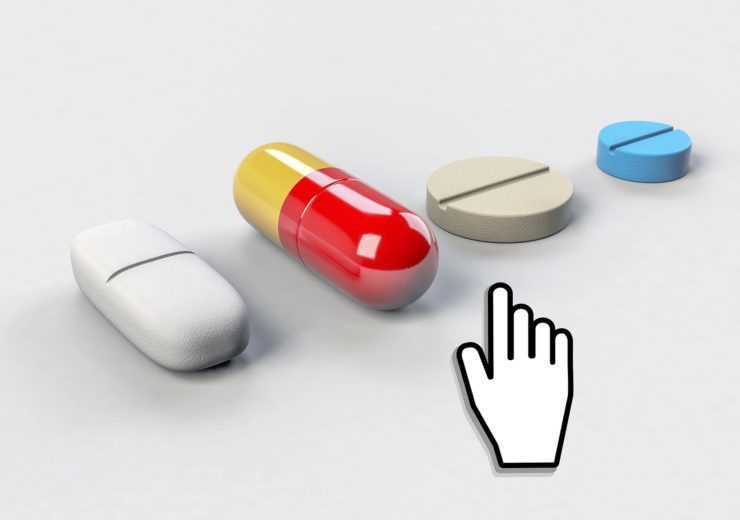 A wide range of prescription medications can now be obtained online without ever speaking to a GP directly - although this has raised concerns about patient safety (Credit: Pixabay)

While the rapid growth of e-pharmacies has made medicines more accessible, it has led to concerns over patient safety. But MedExpress, one of the UK’s biggest online pharmacies, says it removes a lot of these risks using AI – as founder Dwayne D’Souza tells Jamie Bell.

Anyone who has booked an appointment through the National Health Service (NHS) in the UK knows what an arduous process it can be.

People often ring up their local GP surgery only to be told the next available appointment is in three weeks’ time – and even then, follow-up sessions and further tests may be needed before a prescription of any medication is given.

Around the turn of the century, e-pharmacies were born out of this problem as services that involve diagnosing and prescribing drugs online – then sending them in the post.

This new market has created a more accessible, convenient and often cheaper alternative to visiting a high-street chemist for prescription drugs.

However, the rapid growth of online pharmacies has presented a fresh set of issues to contend with in the healthcare sector.

Not only are there security concerns around patient data being shared between various companies, but safety questions arise as people can potentially obtain the same prescription from multiple vendors.

MedExpress is attempting to deliver the convenience of e-pharmacies with the same level of reliability and security expected from UK chemists like Boots, Lloyds Pharmacy and Superdrug.

The company’s founder Dwayne D’Souza says: “People are dying from conditions that can be treated quite effectively, and we need to reduce the cost of healthcare on a global scale.

“Our ambition has always been to create that accessibility coupled with affordability in prescription healthcare.

“But lots of e-pharmacies have made short-term plays to sell medicines online when they shouldn’t, and thankfully the industry regulators have responded to this.

“We look at ourselves as a long-term business, so we don’t make these plays – the safety of our patients is always our number one priority.”

History of MedExpress and its founder’s business background

In 2012, Cambridge University computer science graduate D’Souza was working in the trading industry, looking at financial opportunities in the market when he first noticed how inefficient the pharmacy sector was.

Seeing this as an opportunity to make the market more effective – and after spotting the trend of e-pharmacies becoming more widely used – he launched MedExpress in 2013.

By focusing solely on prescribing and dispensing medicines over the internet, the company achieved rapid growth while high-street competitors continued to focus on their vast store network.

The former JP Morgan trader used his background in programming to build the firm’s website from scratch – meaning it is tailored specifically towards healthtech rather than e-commerce.

The consultation process: How MedExpress prescribes drugs to its customers online

The MedExpress website presents its customers with a range of the conditions it can prescribe drugs for, including erectile dysfunction, acne, hair loss, weight loss and migraines.

To access these drugs, consumers fill out an online consultation form about their general health, specific symptoms and any other existing conditions – a process similar to the way a GP would diagnose their patient during a face-to-face appointment.

The MedExpress medical team then reviews this form and, based on the customer’s responses, decides whether or not to provide a prescription for a specific drug.

They do this by looking at the same criteria a GP would assess, including any medications that are already being taken, and if the medicine will be safe for the customer.

Once a prescription has been decided on, it is dispatched instantly. Provided the consultation is completed before 3pm, it will be delivered to the customer’s doorstep the following day.

D’Souza says most MedExpress customers will have already identified the issue they are having, and simply want the best drug available to treat it.

Because of this, direct diagnosis is not normally a part of what the firm does – its service is primarily about providing a cheaper, more accessible alternative to making an appointment and visiting a GP.

The online prescription process is more convenient as it can be done from home and, crucially, faster – saving time and money for both parties, says D’Souza.

This model, where users fill out a structured questionnaire online and a healthcare professional checks it later, is known as asynchronous consultation, which means customers can take as long as they need to complete the process.

It also saves time for the doctor, as they can go over several forms in a short space of time rather than needing a 20-minute appointment to diagnose one patient.

This differs from synchronous methods of online consultation, where both parties talk to each other, effectively face-to-face, using video technology such as Skype.

D’Souza says: “What we found is there are a lot of companies out there using video consultations with doctors, and for us that’s not really solving one of the major problems in healthcare, which is affordability.

“It solves the accessibility issue because you can do the consultation from home, but it still requires just as much time with the doctor as if you went to see them in person – if not more, because it can be harder for the doctor to do the diagnosis remotely.”

By reducing the time it takes a doctor to complete a diagnosis and prescribe a drug, asynchronous consultation also makes the process more cost-effective – and therefore more scalable than video consultation, D’Souza adds.

How is AI used in the MedExpress prescription model?

An AI-based computer algorithm analyses the customer’s responses to the online consultation form to see if they meet the “exclusion criteria” – making them ineligible for a specific drug.

This saves time by ruling out prescribing certain drugs to people without a doctor ever having to make the decision.

Based on a customer’s responses, artificial intelligence can also highlight the fact that a condition, such as hair or weight loss, could be caused by something more serious.

In these instances, MedExpress doctors will advise customers to see their GP if they feel it’s an issue that should be addressed in a face-to-face consultation.

As well as the potential benefits for the customer’s health, this also helps to reduce how much of the doctor’s time is taken up.

The other ways MedExpress reduces the risks for its customers

MedExpress does not offer medications that are more strictly controlled under the misuse of drugs legislation in the UK – for example, painkillers like morphine and methadone.

D’Souza says: “We’re very conservative with the drugs we offer in the first place – other e-pharmacies offer controlled medicines, which I personally would never think is a good idea to do online.

“Effectively there would be no point cheating the system for the types of drugs we offer – there’s no benefit to getting multiple prescriptions of a hair loss medication or something similar.

“We also have a strict risk assessment to determine whether it’s suitable to dispense a product online.”

In order to protect its stored patient data, MedExpress conducts regular audits and works with cyber security companies to make sure its system is secure.

D’Souza says the company also completes a full scan of its servers every month to guard against cyber-attacks.

He adds that MedExpress has a dedicated, specialised tech team – something most online pharmacies don’t have – making sure the website and its patient data are well protected.

While the e-pharmacy industry continues to grow in the UK, D’Souza believes it has barely scratched the surface when it comes to the potential technology has in the global healthcare sector.

He adds: “Going forward, I think artificial intelligence and machine learning are the future of healthcare.

“You see the issues with the NHS these days in terms of waiting times increasing and people not being able to get the care they need, and in the US people cannot afford healthcare.

“Part of the problem is regulation – the UK has been quite proactive in supporting and regulating online prescription.

“We’re starting to see a similar type of thing in the US, but most countries in Europe still prohibit the online sale and dispensation of medicines.

“In the main, this comes from trying to protect the pharmaceutical industries in those countries – but that is being done at the expense of patient healthcare.

“These governments need to make a choice between having affordable, accessible healthcare for the citizens of their countries, and protecting pharma companies – and I think the balance is shifting rapidly towards the former.”