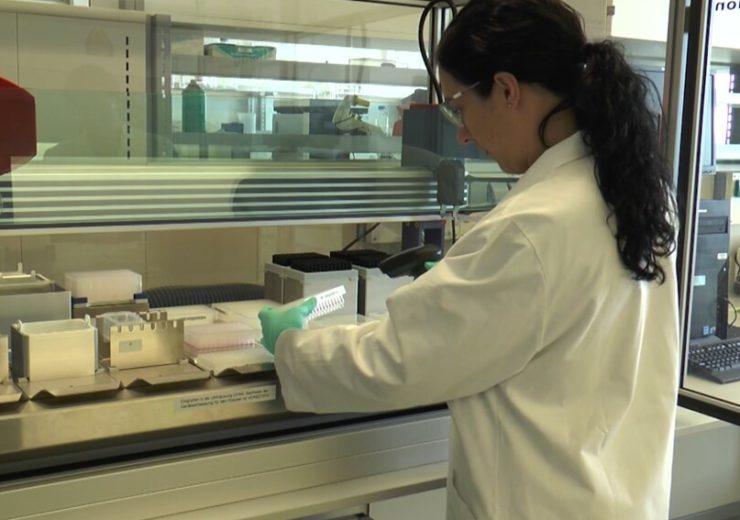 CureVac has been working on mRNA-based vaccines and treatments for the past 20 years (Credit: Labiotech.eu/Flickr)

As the coronavirus pandemic spreads across the world, the search for a vaccine becomes increasingly urgent – and CureVac is one of the pharmaceutical frontrunners.

The Germany company offers one of the most promising options to find a Covid-19 drug, alongside US biotech giant Gilead Sciences, UK pharma GlaxoSmithKline and Johnson & Johnson’s Belgian drug subsidiary Janssen.

While a number of companies have leapt into action since the infection first broke out in China at the end of 2019, it still looks like it will be some time before a vaccine is widely available.

Even under these extreme circumstances, any potential vaccination has to go through three phases of clinical trials – involving extensive testing on humans – and gain regulatory approval from governing bodies like the US Food and Drug Administration (FDA) and the European Medicines Agency (EMA).

Earlier this month, the biopharmaceutical company released a statement saying it hoped to begin clinical trials for a vaccine in the early summer of 2020.

However, the world’s chances of getting its hands on any such vaccine were recently dealt a blow as US president Donald Trump reportedly tried to gain exclusive access to CureVac’s work on the virus.

In light of this, we take a closer look at CureVac and how the company became embroiled in a developing controversy surrounding a potential coronavirus vaccine.

Dr Hoerr also took over as CEO of the firm following Daniel Menichella’s exit on 11 March.

Dr von der Mülbe worked with Swiss pharma giant Roche before co-founding CureVac. He was made chief production officer in 2018 having worked as the COO since the company’s inception.

Over the past 20 years, CureVac has raised a total of $382.2m across seven separate funding rounds – the most recent of which came in November 2016 and was led by German investor Baden-Württemberg.

In October 2017, market intelligence firm CB Insights estimated that CureVac was worth $1.65bn.

Today, the company has more than 400 employees, and also has sites operating in Frankfurt, and Boston, Massachusetts.

It has also collaborated with some of the biggest names in the global pharma industry – including Boehringer Ingelheim and Eli Lilly – and biotechnology firms like Genmab.

What does CureVac do?

CureVac’s work in the biopharmaceutical sector began when Dr Hoerr made a revolutionary discovery concerning mRNA (messenger ribonucleic acid) – a biomolecule involved in using genetic information to form proteins in the human body.

He helped form the company after proving that mRNA could be used as a therapeutic agent when administered directly into biological tissue.

Since then, CureVac has used the molecule to treat diseases and create vaccines, and claims to be the first company in the world to harness mRNA for medical purposes.

It does this by using mRNA’s properties as a “data carrier” to instruct the human body to produce its own proteins and fight off a range of diseases.

CureVac currently has several therapeutics in its pipeline, including immunotherapies for treating cancers and molecular therapies for rare diseases.

These types of therapies are designed to treat patients for a condition they already have – as opposed to more widely-known preventative vaccines.

CureVac is also working on several mRNA-based preventative or “prophylactic” vaccines – vaccinations that involve introducing antigens into the patient’s body to build immunity – for rabies, malaria and influenza among other infectious diseases.

CureVac and the coronavirus

On 31 January, CureVac announced it would be building on its existing partnership with US-based healthcare alliance CEPI (Coalition for Epidemic Preparedness Innovations) in order to find a vaccine for the coronavirus.

This involved developing a rapid-response vaccine platform, and included additional initial funding of up to $8.3m from CEPI, which would be used to accelerate vaccine development, manufacturing and clinical tests.

On 2 March, the company announced there had been a meeting between then-CEO Daniel Menichella and White House representatives – including President Trump and vice-president Mike Pence.

In this statement, CureVac said it was already selecting the most suitable vaccine candidates, with a view to beginning clinical trials – involving human participants – in early summer 2020.

Menichella said: “We are very confident that we will be able to develop a potent vaccine candidate within a few months.

“We can rely on the data of a Phase 1 rabies study in which we were able to immunise all participants with a very low dose.

“On this basis, we are working intensively to achieve a very low dose for the CoV [coronavirus] vaccine as well.

“In addition, CureVac has a GMP-certified production facility which enables us to produce up to ten million vaccine doses in one production run.”

A week later — amid reports in German newspaper Die Welt that President Trump had attempted to buy the rights to any vaccine developed by the company — Menichella resigned from his post.

On 15 March, reports published in Welt am Sonntag – the paper’s sunday edition – suggested that Trump had offered “large sums of money” to CureVac for exclusive access to a potential vaccine.

This could result in the treatment being developed solely for the US and its citizens. Trump’s proposal also allegedly included moving CureVac’s research arm from the town of Tübingen, where the firm is based, to the United States.

On the same day, CureVac released a statement saying it “abstains from commenting on speculations, and rejects allegations about offers for acquisition of the company or its technology”.

While the German firm would not be drawn on the rumours involving Trump, it did say it would continue to work with CEPI – and “many other organisations and authorities worldwide” to develop a fast, safe and effective coronavirus vaccine.

Genentech gets US FDA nod for Susvimo to treat wet AMD