Choosing comparators is often an onerous process that involves navigating a lot of different models. A key decision is choosing between global and local sourcing. David Callaghan discusses the advantages and risks of different options, and how to determine the right partner for a trial. 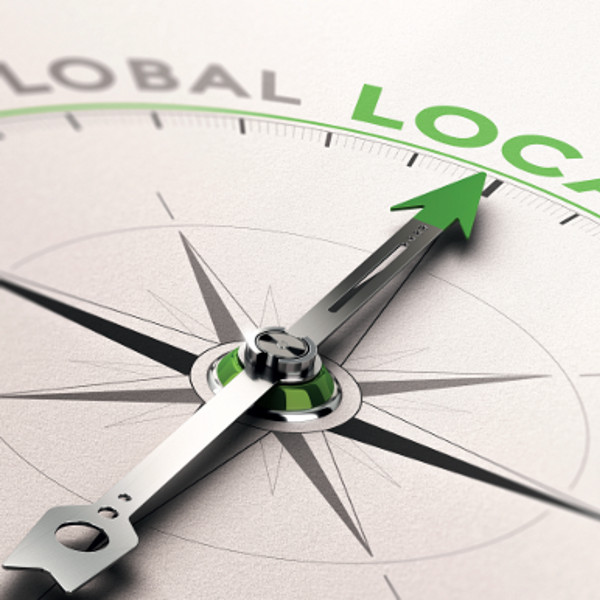 One of the most difficult stages in the development of new treatments is choosing the right comparators to use in clinical trials. There are many factors to take into account before making a decision and the process involves negotiating a range of challenges.

The decision throws up a number of questions, including whether to source locally or internationally, and whether to source from one place or multiple locations. There are also commercial pressures like resistance from the manufacturers of the existing drugs, who are unwilling to cooperate with clinical trials for a rival product that may take its place in the market.

Comparators offer many advantages over the traditional placebo approaches, not least of which is the opportunity to offer a significant improvement on existing medicines.

Being clear about terminology is key, which was emphasised by Niklas Mattsson, head of comparator sourcing for pharmaceutical giant Merck & Co (MSD), in a previous interview with World Pharmaceutical Frontiers.

“The industry is talking a lot about comparators, but what they really mean is head-to-head comparisons,” he explained. “You’re comparing the new drugs with the standard of care in the market, and you’re trying to prove you’re either the same or better.”

Comparators are available across all different types of drugs. “If you get approval for them, then there are all sorts of ones you can use; rescue medications or painkillers for headaches,” said Mattsson. “You’d call them comparators, but the phrase really encompasses a lot of things – it’s a head-to-head comparison of a blinded programme.”

This doesn’t necessarily involve comparisons between companies. “There are Merck drugs that we are using as comparators, too,” said Mattsson. “But it is usually a one-off purchase, mostly through a vendor because they usually have contact with the manufacturers and it is the most practical approach.”

Although discussions about comparators may seem to be a recent phenomenon, the World Health Organisation (WHO) recognised their complexities as long ago as 2002. At the time, it produced guidance, which has since been updated several times.

In the latest version, produced three years ago, WHO highlighted the ongoing challenges in the area.

“Large numbers of multisource (generic) medicines are being produced by many different companies and in different countries; this may result in different products,” the guidance said. “On a global level there is thus a need to address not only the quality, safety and efficacy of multisource products that are exported and imported, but also their possible interchangeability.”

The changing and challenging nature of the market has also been acknowledged by the USbased Tufts Centre for the Study of Drug Development.

As a result, trial sponsors are increasingly investing in their comparator supply chains, including their own in-house capacities, in an attempt to be first to the market.

Despite the challenges, there are a number of ways to address these issues. This includes careful consideration about the time frames of different sourcing options.

Manufacturers in Europe can often take six to eight months if they are producing a large quantity of drugs. Smaller amounts, especially those with good expiry dates, could be completed much quicker, possibly in as little as two weeks if coming from the US.

“You just need to have the experience to make that judgement, and obviously you need vendors with the best contacts all over the place,” explained Mattsson.

Having go-to vendors can be a valuable strategy. “You really want to have a vendor, a very large distributor, who is distributing drugs for manufacturers,” said Mattsson. “Or you can pick one locally, but then you have to qualify it. So, we normally use our preferred vendors most of the time.”

Building strong relationships through networks, such as the Comparator Network established by non-profit TransCelerate BioPharma, can be hugely beneficial. These allow for the mutual exchange of drugs for clinical trials, help to reduce the costs and make them less complex.

They can also lower the risk of ‘unblinding’, where the treatment allocation is revealed to participants by ensuring that drugs are used as intended. The documentation provided by the network enhances patient safety as well as reducing the chance for counterfeits to enter the investigational supply chain, which facilitates continuity within the drug supply for trials.

Trial sponsors are increasingly investing in their comparator supply chains, including their own in-house capacities, in an attempt to be first to the market.

Sourcing the right comparator drug can involve a worldwide search. Although offering a number of benefits, this process has to be carefully navigated, as emphasised by Christina Chang, vicepresident of global clinical development and medical affairs at OBI Pharma, in a previous interview with World Pharmaceutical Frontiers.

“The globalisation of clinical trials can present cost savings and advantages for trial sponsors when sourcing from more cost-efficient markets or from a single global supplier,” she explained. “But this requires detailed knowledge of the differing regulations specific to countries and also the ability to meet those regulations.”

For drugs sourced locally, there are also a number of strategies than can be implemented to maximise efficiencies.

“A local sourcing specialist can liaise directly with the manufacturer at the local level to schedule production runs to meet either short or long-term comparator requests,’’ explained Chang. “This demand planning secures reliability of supply with quality material and can help maintain flexibility of supply should the study be extended.’’

Sourcing directly from a manufacturer also enables access to large, single lots of the drug with maximum shelf life and specific batch numbers. In addition, this approach minimises resupply costs and avoids any regulatory hurdles when submitting new drug applications.

To ensure these benefits are obtained, getting the appropriate paperwork from manufacturers is imperative.

“They can provide full-pedigree documentation reflecting the chain of custody, from the source to the designated point of delivery,” said Chang.

Sometimes a combined strategy is required, which cannot be achieved by local or global sourcing alone. Drugs are sometimes locked in for hospital use, for example, which can make central sourcing in these areas more difficult.

“Real central sourcing in this context is the hospital pharmacy just picking the drugs at the site of use,” explained Mattsson. “In this situation, you may have to source from one vendor and arrange some kind of hybrid model of central and local.”

This is fairly common practice, with many companies sourcing and procuring centrally and distributing locally; it’s a particularly popular trend in China, Canada and the US.

“You can have the European drugs for use worldwide, and you have to choose Chinese drugs in China, which is very particular and unique to the region,” Mattson said.

In these approaches, clear communication is imperative to ensure that there is a mutual understanding of each other’s issues. Mattsson holds regular meetings with vendors to check on ongoing orders and requests, and to make sure that manufacturers are on track.

“We have something like three meetings a week – one to check quality and two for sourcing,” he explained.

No pain no gain

Of course, the ultimate goal is to get the right drug at the right site at the right time, and in the right quantities. “Nevertheless, with a significant growth in clinical research expected in emerging regions such as Russia, Asia, South America, the Middle East and Africa, sponsors and drug manufacturers must be prepared for the geographical challenges that lie in wait,” Chang warns.

If comparators become unavailable during a trial, timelines will be adversely affected and substantial costs will be incurred for the sponsor. The adoption of a transactional approach, where the focus is on sourcing as quickly as possible, will substantially increase the likelihood of this occurring.

The future development of comparator sourcing will remain complex, with a number of different challenges. Clearly, decisions should not be taken lightly. However, with a strategic approach involving a high amount of communication and collaboration, using them can bring huge rewards.