Why blockchain in healthcare could improve outcomes for patients 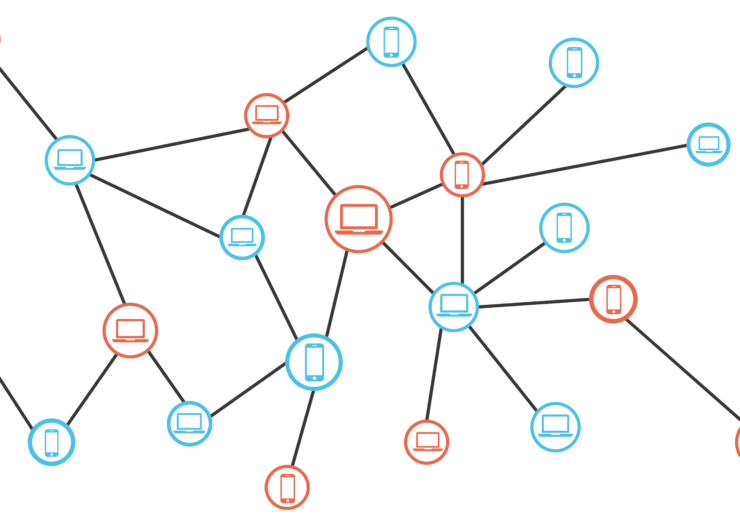 Blockchain has its doubters but as the hype subsides, real-life use cases are coming to the fore – with healthcare chief among them.

But he warned that blockchain isn’t hack-proof and adopters must be mindful to validate the information that’s inputted.

Speaking at the IoT Solutions World Congress in Barcelona yesterday (29 October), the CEO and co-founder of healthcare blockchain platform Pharmeum said: “Healthcare is an industry that has so many flaws and I very strongly believe that data is a core factor among all this.

“If we’re able to access all this data, we can communicate on a simple, decentralised system.

“We have so many barriers that are causing a lot of issues right now. If you look at the AI environment in Asia, the reason it’s so much more advanced than the West is because of the access to data.

“But through blockchain, users will hold this asset and the main benefit of this is that digital health applications will realise their potential.”

He claimed blockchain has an “unprecedented advantage in low-trust environments”, adding: “Essentially, we can transfer things that we couldn’t before with people and know the integrity remains intact throughout their entire journey.”

Why blockchain is needed to solve healthcare problems

By 2024, the digital health sector is estimated to be valued at $379bn, according to Global Market Insights.

It’s hoped the emerging technologies in this space – along with blockchain, these also include artificial intelligence, 5G and the internet of things (IoT) – could help reduce medical errors, which are said to be the third largest cause of deaths in the US after heart disease and cancer.

“We have a dependence on humans more than ever before but doctors can be overworked and clinicians can make mistakes,” said Rana.

The industry also faces increased regulation over data privacy, in which patients are given more control over their medical records, while at the same time many “smart” applications are dependent on having access to this data.

The dilemma it faces can be highlighted by a Forbes report from last week that said health data is being sold for between $250 and $1,000 on the Dark Web, while Rana claims 83% of healthcare organisations believe AI and digital health will give companies the “edge”.

He added: “Medical data is worth more to cyber-criminals than your credit card details.

“Through blockchain, we can control that information. It offers a level of privacy that can’t possibly exist in the current systems.”

What is blockchain and how does it work in healthcare?

Blockchain is effectively a database that records transactions across many computers so archives can’t be changed or deleted without the alteration of all subsequent blocks.

While it is most commonly associated with Bitcoin, the cryptocurrency that runs on the technology, its use cases extend far beyond this into fintech, property and – most pertinently for Rana – healthcare.

He said: “The reason why I think blockchain is so important for healthcare is because, if there’s any incorrect information, it has to be corrected in all the different nodes on all the computers around the world.”

The primary use case Rana cited were in sharing electronic health records between patients and doctors, with blockchain platforms coming with strict permission requirements controlled by the owner.

But he also pointed out how AI “feeds on data the same way humans are fed on food and water”, meaning the security afforded by blockchain could provide the foundation to extract maximum value from the technology.

Meanwhile, his own London-based company Pharmeum, which uses blockchain to create a decentralised network of medical data, enables patients to monetise their data by selling it for crypto tokens.

“You have all these AI and healthcare applications that are built through millions of people’s data and making a lot of money,” said Rana.

“The main focus is that you’re able to profit from this and contribute to this emerging technology by solving access to one of the most important ingredients – data.”

While Rana was keen to promote the benefits of blockchain, he admitted it’s not a silver bullet for beating cyber-criminals as it’s not 100% secure.

“Applications built on a blockchain can be hacked,” he said. “This isn’t a flaw of the technology of blockchain but what could happen is someone could have installed malware or shared their password, and this allows them to get hacked.”

He also pointed to the possibility of a hypothetical, so-called 51% attack, which is most commonly associated with Bitcoin.

This involves a group of crypto “miners” controlling more than 50% of the network’s computing power, who are able to prevent new transactions from gaining confirmations, allowing them to halt payments between some or all of the users.

Rana added: “Blockchain also isn’t a ‘truth machine’. It can only verify the transaction on-chain, not the truth of input information.”