A closer look at the US emergency services company paying $1.5m to sponsor the 2020 Super Bowl 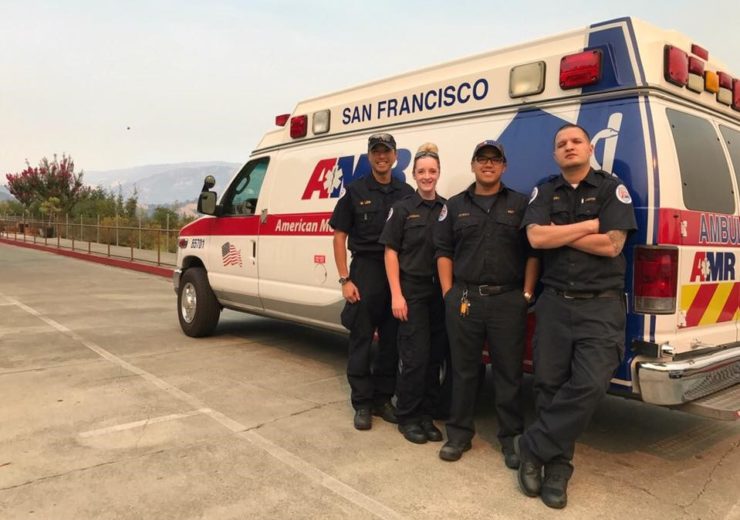 With the 2020 Super Bowl taking place on 2 February, its main sponsor from within the healthcare industry will be American Medical Response. Jamie Bell takes a look at the company that will also provide first aid stations at the event.

This Sunday will see Kansas City Chiefs take on the San Fransisco 49ers in one of the world’s biggest sporting spectacles.

Each year, the Super Bowl draws in about 100 million viewers across the globe, and the 2020 event in Miami Gardens, Florida is set to be just as huge.

As a result, hundreds of companies will be vying to capitalise on the huge advertising opportunities the Super Bowl offers.

This year, the leading sponsor from the healthcare industry will be American Medical Response (AMR).

The Colorado-based private medical transportation service has paid the US National Football League (NFL) a total of $1.5m for advertising opportunities during the event.

AMR was founded in 1992 by Paul Verrochi — an American businessman looking to consolidate the fragmented US’ ambulance service industry.

Verrochi was the company’s CEO and president for five years before selling it on to public and private transport providers Laidlaw International in a deal reportedly worth more than $1.1bn.

As part of this expansion, AMR merged with fellow US healthcare services company MedTrans, making it the largest ambulance provider in the country.

GMR is a family of companies based across the world that includes US fire service company Rural Metro Fire and air ambulance provider Air Evac Lifeteam — as well as MedTrans.

GMR claims to be the largest medical transportation provider in the world.

American Medical Response services in the US

AMR provides medical transport — for both emergency (911) and non-emergency services — across the US, and is the largest service provider of its kind in the country.

It partners with communities to provide 911 services “24-hours-a-day, seven days a week”.

It employs 38,000 workers and has a fleet of more than 6,000 ground ambulances, as well as medical response helicopters.

AMR claims it has redesigned traditional ambulance services over the past 20 years to help healthcare organisations meet financial targets, and do “more with less”.

Examples of this include advanced communication technologies allowing paramedics and ambulances to connect directly to hospitals, and a business model to help medical facilities cut costs by leasing equipment, such as wheelchairs, on an hourly basis.

AMR also provides disaster response in the US, and has a contract with the Federal Emergency Management Agency (FEMA) to provide air and ground ambulances, along with medical personnel.

This means the company can assist the US government and military services respond to national disasters, acts of terrorism, or any other public health emergencies.

The contract to provide these services covers 48 US states.

AMR offers an event-based service, where its ambulances and staff are on hand at sporting competitions — such as in the NFL, MLB, NBA and NHL, as well as during concerts, races, festivals and parades.

AMR was announced as an official Super Bowl partner on 20 December 2019 by the Miami Super Bowl Host Committee, along with four other companies: Truist, Footprint, Deliver Lean and Safer Watch.

Along with paying $1.5m to sponsor the Super Bowl, AMR will provide two first aid stations at the event.

This will include standby ambulances, response teams on foot or bikes, and ensuring safety and security for several activities at the Miami Gardens venue.

AMR CEO Edward Van Horne said: “As a long-standing medical transportation service provider in Miami, we are committed to the ongoing safety of the residents and visitors in this great city.

“We are proud to sponsor the Miami Super Bowl Host Committee and partner with the Miami-Dade County Fire Department and local health systems to ensure people have a safe, enjoyable experience during the events.”