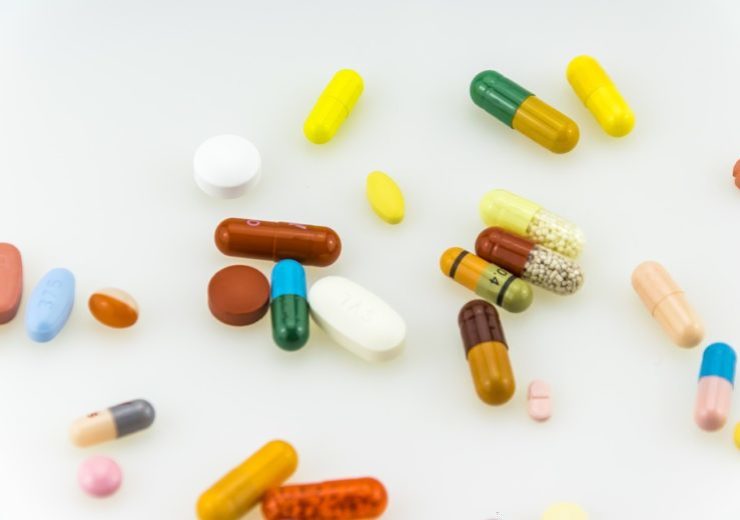 Bringing a new drug to market can be a $2.6bn process — but AI can help to slash that cost (Credit: Pixabay)

Exscientia was one of the first companies to show that drugs can be developed by AI. CEO and founder Andrew Hopkins spoke to Sam Forsdick about his ambitions for the company and how tech is transforming the pharmaceuticals industry.

Pharmaceuticals represents a $900bn global industry, but unlike other multi-billion dollar industries, it has managed to avoid some of the market pressures that have forced other sectors to innovate.

This lack of innovation in pharmaceutical research and development is reflected in the rate of return, which Deloitte found to have declined to 1.9 per cent — the lowest level in nine years.

Oxford-based start-up Exscientia is one of a group of new pharmaceutical companies who believe that AI could provide a solution the downturn within the industry.

Since being founded in 2012, the company has collaborated with some of the world’s largest pharma companies including Roche, GlaxoSmithKline and Sanofi.

As a company, Exscientia sits somewhere between being a technology and pharmaceutical firm, according to its founder and CEO Andrew Hopkins.

“A drug is a precision-engineered piece of technology. Every atom in it plays a specific role and there’s almost an infinite number of possibilities in how it can be designed based on the outcome that’s required.

“In some ways we are a tech company doing drug discovery, but we’re also one of the most technologically advanced pharmaceutical companies as well.”

How Exscientia uses AI in pharma

The drug discovery platform — which derives its name from the Latin for “from knowledge” — was spun out of Hopkins’ research lab at the University of Dundee six years ago.

Although other pharmacological start-ups have explored the use of AI in repurposing existing medicines — including companies such as Healx — Exscientia broke ground in showing that new drugs can be invented by AI.

Hopkins says: “By introducing algorithms to the discovery of new molecules, we are seeing the huge disruptive potential of AI and big increases in productivity.

“We have now delivered a few molecules, alongside our partners, into pre-clinical studies.

“Each of those products entered trials after one year — which represents world-class productivity and at a fraction of the cost.”

The cost of bringing a new drug to market averages $2.6bn and could take up to 15 years before it is in the hands of patients.

Exscientia’s latest discoveries were made at a fifth of the cost and were completed in just over a year, representing 10 times the level of productivity.

“The really exciting thing about this is that we can now define the value of AI in this industry,” explains Hopkins.

Driving innovation in the pharmaceutical industry

Hopkins first saw the potential for new technologies to disrupt an industry while working in the steel industry as a research chemist in Port Talbot, Wales.

“Throughout the 1980s, the steel industry saw huge transformation as work practices changed and new technologies came along.

“It taught me that rapid change could happen in any industry — no matter how well established it was.”

Hopkins now hopes that Exscientia can help to drive the same transformation within the pharmaceutical industry.

He says: “We looked to other industries that have undergone major transformations and in the same way that certain microchips are too complicated to be designed by humans, the future of drug discovery will be done by algorithms.”

Exscientia’s algorithms can explore the potential of nearly 100 billion molecules in order to find a set of 20 that are best suited to treating a particular disease.

Of those, the group of 50 drug hunters, pharmacologists and data scientists would expect at least one to have the potential to make it through trials.

“Drug discovery is so complex you get a cognitive bottleneck when human brainpower is used to break down the data,” Hopkins adds.

“We did a head-to-head study which pitted chemists at Sunovion against our AI and tasked them with optimising a drug from an existing project.

“The algorithms beat nine out of 10 chemists when they were set the same task. Now the AI is at a point where it can beat all 10.

“That was our Deep Blue [the first chess computer to beat a reigning world champion] moment where we saw that the algorithms could start to outperform humans.”

Speeding up the current process of delivering new drugs to market, while maintaining the same levels of scrutiny, is considered one of the ways of finding medicines for ailments that are currently incurable.

Some 158 start-ups are investing in AI to aid drug discovery, find new candidates and find new uses for existing medicines.

“We believe that if we can reduce that timeline and the costs, then we can bring more innovations and medicines forward to clinic,” says Hopkins.

“It can sometimes take up to three decades for an idea that first germinates in academia, which has discovered a new way of treating a disease, to actually become a product on the market.”

Pharmaceutical companies are often reluctant to take on the investment required to develop a new drug without already having a high degree of confidence that it will make it to market.

But Hopkins believes that by lowering the costs involved, these firms will be more willing to trial new molecules.

“Many of the potential new drugs that could help to treat Alzheimer’s and other diseases could well be ideas that already exist in academia but are yet to get the economic investment.

“By lowering costs we can help to speed up the whole ecosystem.”

This is particularly relevant for research into rare diseases, because the financial returns on treatments for a disease that affects less than one-in-2,000 would not come close to covering development costs.

Why Exscientia is hopeful of AI potential in pharmaceuticals

It is one of the areas in which Exscientia’s chief financial officer Georgy Egorov sees the highest degree of potential for algorithms to disrupt.

“Rare diseases is one of the areas that AI drug discovery can be really transformative,” he says.

“Under previous methods, drug discovery for rare diseases was not commercially viable, so a lot of patients remain without a cure.

“But now AI can make research into cures possible for pharmaceutical companies.”

Hopkins concludes: “There’s a strong societal need for change because everyone is a stakeholder in the pharmaceuticals industry as a patient.

“Hopefully this will have a global impact.”

Top of the supply chain